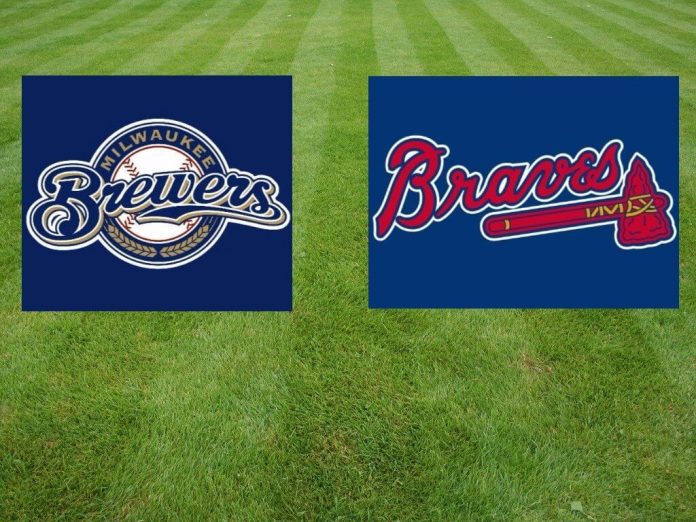 All of the so-called experts didn’t see this coming. Past the midway point in the MLB season and we have a showdown between division leaders Saturday afternoon on FS1. The Milwaukee Brewers were picked to finish behind the Cubs, Cards and Pirates in the Central, but here they are a week before the All-Star break trying to hold off the challengers.

The team on the other side is even more of a surprise at this stage. Leaders of the NL East, the Atlanta Braves are supposed to be in rebuild mode. But the project has been accelerated this season and the Braves have led for most of the first half. The teams may falter in the second half of the season, but it’s been fun for long-suffering fan bases.

These are the two most profitable teams in the NL so the question is: who do I bet on when they play each other? And that’s a fair question indeed since both clubs have played far above expectations this season. But the Braves haven’t been as efficient on the road going 26-20 and losing three straight following their series opening 7-2 loss to the Crew on Thursday.

By taking the first game of the series, the Brewers extended their winning streak to four straight, all of them coming at Miller Park. Only one team in the senior circuit has more home wins than Milwaukee and the Crew maintained its slim lead in the Central by winning for the 10th time in their last 15 games. And they really like scoring runs when Brent Suter is on the hill. The Brewers scored 46 runs in Suter’s last five starts, going 4-1 while cashing the over each time.

Suter has the highest ERA of any qualified Brewers starter and opponents are hitting .296 against him. The over is 13-5 in his 18 starts. He’s facing a Braves offense that has produced nearly five runs per game while hitting .260, both rank in the top six in the Majors. The offense has been bolstered by youngsters Ozzie Albies and Ronald Acuna Jr.

Albies had two hits in the series opener and has hit safely in 14 of the last 15 games he’s played for a .420 average in that span. He’s a cycle waiting to happen with 48 extra base hits in 371 at-bats this season. He leads the team in doubles and home runs while he’s tied for the top with three triples. The Braves have also received production from their veterans with Freddie Freeman stroking at a .305 clip with 16 home runs and Nick Markakis hitting a team-best .319.

Veteran righthander Anibal Sanchez ( 3-2, 2.89 ERA ) has stabilized the young Braves rotation while pitching quite well. He missed several starts earlier in the season with a hamstring injury that required a stay on the disabled list, but he appears to be gaining some strength. In his last outing, Sanchez threw a season-high 98 pitches in six innings while giving up six hits and three runs in a win over the Yankees.

Sanchez’s splits have been alarming with his numbers much higher on the road. Opponents are hitting 55 points higher in their own yard against him and his ERA is over a run and a half more on the road than at home. He also has a 1.28 WHIP in 27.1 road innings compared to a 0.94 WHIP in 25.2 innings at home.

Brent Suter ( 8-5, 4.53 ERA ) has benefitted from an abundance of offense to post the seventh-most wins in the NL. The Brewers have scored at least four runs in eight of his last nine starts while going 7-2 in those games while playing over the closing total eight times.

The lefty went five innings surrendering nine hits and five runs in his last start. He allowed a homer for the third straight game and has given up 15 in 93.1 innings. He’s not going deep into games averaging just over five innings per start.

Both pitchers throw to contact and when balls are put in play there is a better likelihood of runs being scored. We’ve seen that when Suter is on the hill with the Brewers cashing the over in each of his last five starts and 13 times overall. And the Braves can hit, especially their young talent. With the likes of Albies and Dansby Swanson hitting around Freeman, the Braves should get to Suter. And with the crafty veteran Sanchez on the bump, the Braves will get this one while cashing the over.

Braves at Brewers Pick: Braves at +110