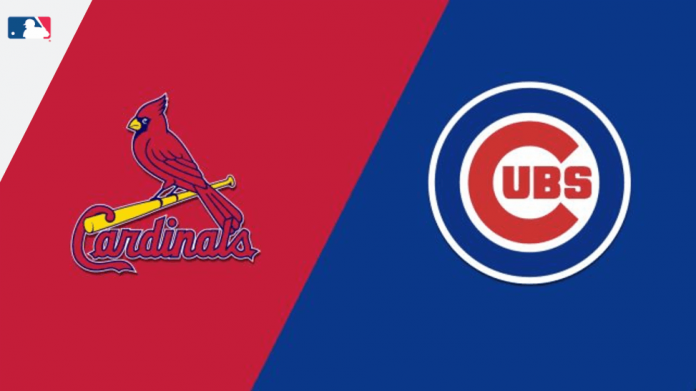 It’s usually the other way around for these NL Central teams. For years the Chicago Cubs sifted through managers in search of the one that could lead them to a World Series title. Meanwhile, the St. Louis Cardinals were the most stable at that spot. But with their season hitting a crossroads, the Cards pulled the trigger on a managerial change, firing Mike Matheny just before the All-Star break.

The manager is only as good as his players and we could say the Cards have underachieved this season. They fell further off the pace in the division by losing the opener of the series, 9-6, on Thursday with interim manager Mike Shildt losing his first game. The Cubs look to continue a recent hot streak when they send Tyler Chatwood to the hill against John Gant on the FOX Saturday Game of the Week.

The Cardinals aren’t used to missing the postseason, having qualified in 12 of the past 18 seasons. But a two-year absence leading into 2018 already had Matheny on the hot seat. And when the Cards stumbled into the break, the change was made to try and save the year. The club has been hit hard with injuries, especially to the pitching staff with Adam Wainwright and Michael Wacha both on the shelf for a few more weeks. And that’s caused the team to suffer more than usual on the hill. The staff ERA heading into the post-break schedule was nearing 4.00.

Losing three straight and four of five prior to the break, the Cards made the move to bench coach Mike Shildt. It’s now up to him to improve the league’s 24th-ranked bullpen and a defense that’s committed a MLB-worst 80 errors. A different voice in the clubhouse is likely to have an effect in the short-term, but the Cards have shown the last two years that maybe they aren’t as good as most think they should be.

Playing a makeup game earlier on Saturday will leave both pitching staffs a little shaken up for the nightcap. And the Cubs will be without closer Brandon Morrow, who went on the disabled list with a biceps injury. Joe Maddon used seven pitchers in Thursday’s series opener and he could be strapped with Tyler Chatwood, who’s pitched more than 6.0 innings just once in 17 starts.

The All-Star break didn’t appear to hurt the Cubs offense. They scored nine runs in the series opener after tallying 23 times in a three-game sweep of San Diego just prior to the break. The Cubs are third in the Majors in runs per game at 5.2 and they’ve cashed the over in five straight and seven of their last nine games. Since 2015 the Cubs are the best team after the break and they’re hoping that trend continues against the rival Cards. With Thursday’s win the Cubs are 4-5 against them this season.

A versatile member of the Cards staff, John Gant ( 3-3, 3.49 ERA ) has been both a starter and reliever this season. He’s pitched in 12 games with half those being starts and he put together a nice start against the Giants on July 6 allowing five hits and two runs in six innings. He didn’t factor in the decision in a 3-2 loss. His last outing came right before the break when he pitched 4.0 hitless frames in relief and got the victory.

In his six starts the righty is 1-3 with a 4.32 ERA. Gant’s allowed 24 hits and 16 earned runs across 32.1 innings of work. He’s faced the Cubs once in his career, that coming in 2016 as a member of the Braves. He allowed two earned runs over 4.1 innings to take the loss. Gant has never pitched in Wrigley Field.

With their staff a mess, the Cubs could use some help from Tyler Chatwood ( 3-5, 5.04 ERA ) in the second half. It’s hard to imagine, but the righty had better numbers the last two seasons pitching for the Rockies. Part of the problem has been control, or lack of it. Chatwood led the league in walks during the first half with 73 in 84 innings. He issued five or more freebies in nine of his 17 starts and his WHIP is a monstrous 1.77.

Chatwood was a little better in his last start giving up three runs on five hits with three walks to the Padres. He took a no-decision in a game the Cubs won 5-4. In two starts against the Cards, Chatwood has walked 12 in 8.2 innings and the Cubs lost both games.

The Cards just aren’t the scary team they’ve been in the past. The pitching has faltered and the bullpen is in shambles. Offensively they are nowhere near as potent as Chicago. But the great equalizer is free bases and Chatwood will certainly give the Cards some, and expect them to cash in a few. Chicago is playing its best ball and they’ve proven to be a great second half team the last few seasons. They have a potent attack and the bullpen is managed well. I think runs will be scored and the Cubbies will get most of them.

Cardinals vs Cubs Pick: Cubs and the Over