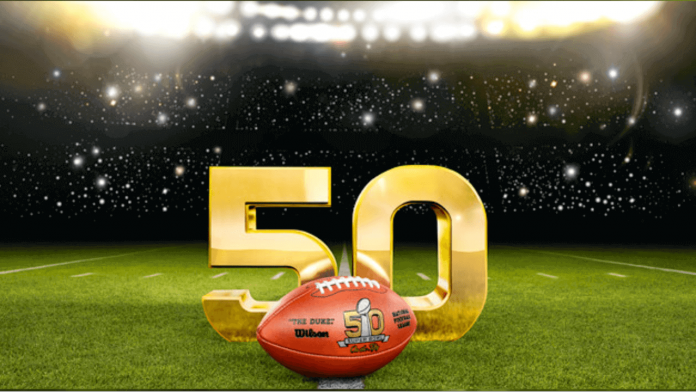 The Super Bowl is the one time of they year where you don’t have to know a single thing about sports to be able to win at sports betting.

From Coldplay’s halftime show to the coin toss to Lady Gaga’s performance of the Star Spangled Banner, there’s something for everyone to wager on this weekend before, during and after the Carolina Panthers and Denver Broncos square off for Super Bowl 50.

Below are the Top 10 craziest Super Bowl props you can find at the sportsbook.

1. Will “Left Shark” make an appearance on stage during the Super Bowl 50 halftime show?

Oh brother. Last year, “Left Shark” stole the show during Katy Perry’s halftime act while dancing around like a fool during California Gurls. To say that it’s unlikely he’ll make an appearance during Viva La Vida is an understatement, but if you want to bet on some de ja vu, you can get 15 to 1 on everyone’s favorite shark.

2. How many times will “dab” or “dabbing” be said by the announcers during the broadcast of Super Bowl 50?

It’s strange to think that the number to beat is only two, knowing just how popular Cam Newton helped make that dance move in the NFL. However, remember that we’re talking about the number of times that good ol’ Nantz and Simms utter the D— word. Unless of course you really think that Mike Carey is going to state that he’s dabbing instead of butchering a description of a call on the field when he’s brought on to speak.

3. Will Mike Carey be wrong about a challenge?

Ah, our ole buddy the referee. Time and time again, we’ve seen Carey be wrong about his assessments of challenges, but it’s tough to think that he’s really going to get one wrong here in the Super Bowl. How many challenges will there really be? Remember, we’re not talking about official reviews of turnovers, only challenges. The no bet at -190 is clearly the sharp play.

4. Will there be an earthquake during the game?

What is this, the 1989 World Series? Since 2010, there’s been exactly one earthquake in California on record. Let’s not forget that in the last dozen years, we’ve seen a streaker, a “wardrobe malfunction” and the lights go out at the Super Bowl. If you believe in Mother Nature playing her role here, the best online betting sites give you a 20 to 1 price as a reward.

5. Will Peyton Manning announce his retirement in his postgame interview?

There are a couple of things in play here. First off, Manning has to win the game to announce his retirement, right? It’s tough to imagine that he’s stating that he’s going out on a loss whether he knows that’s the case or not. That said, it’s entirely possible that No. 18 could do just like his boss did, standing on the podium at the Super Bowl and stating that this was the end. We love the 5 to 1 price on Manning announcing he’s hanging it up on the grandest stage.

6. How long will it take Lady Gaga to sing the National Anthem? We hate this prop. Every year it feels like the time to sing the anthem goes up. It’s a 90 second song, people. But then again, this IS Lady Gaga, and beyond all of the meat dresses and run-ins with Leonardo DiCaprio, there’s a woman who has a stunning voice and isn’t afraid to use it. The time to beat is 2:20, and we have no doubt that Stefani Germanotta can certainly crush that time if she wants to.

7. Will Beyonce show cleavage during the halftime show? 8. Will the winning margin of the Super Bowl be over 45.5 points?

The 45.5 is significant, and Broncos fans probably recognize that number well. Denver was blasted 55-10 by the 49ers in Super Bowl 24 in the biggest blowout in Super Bowl history. Think that the record for the biggest margin of victory will be bested by either Carolina or Denver? Betting online can get you paid 100 to 1 for the troubles.

9: Will either team score exactly 50 points?

The NFL has been shoving the number 50 down our throats all season long, and it’s only fitting that you can get a price of 50 to 1 on either team scoring exactly 50 points in the biggest game of the year.

We’ve already seen Newton take away signs from some pretty passionate fan bases, but this is a tough sell here at the Super Bowl. The layout as it is at Levi’s Stadium isn’t conducive to the players getting near the fans, and on a day with heightened security, there probably won’t be all that many player/fan interactions (except for the kiddos and touchdowns). The Panthers would have to be winning in a blowout to have the fortitude to try to grab a sign from a fan, and that alone gives the no price of 1 to 6 some credence.