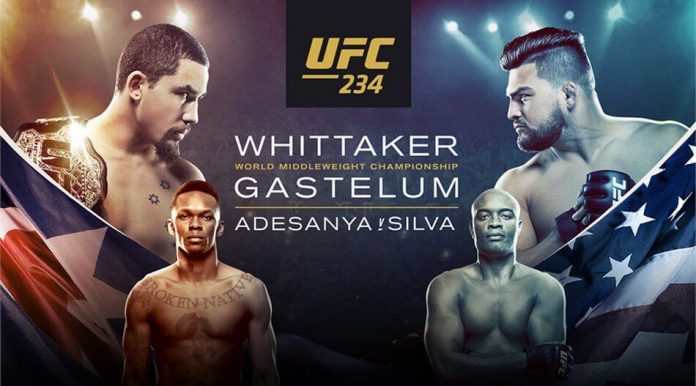 UFC middleweight champion Robert Whittaker has quietly become a major star in his native Australia. Refreshingly, he’s done it without going full McGregor or Covington. Instead, he’s earned his fans by being *gasp* humble and respecting his opponents. Basically, he’s like a GSP-lite in the island continent.

To keep up with the Canada comparisons, Australia has become one of the most electric fanbases in the sport. So it’s no surprise that the UFC is calling on Whittaker to headline the first pay-per-view of 2019. Hoping to spoil the party this Saturday in Melbourne is American Kelvin Gastelum, an exciting puncher whos is a pretty lowkey dude himself.

In the co-main event, the old Anderson Silva faces Israel Adesanya. Ironically, “The Last Stylebender” has been hailed as the “new Anderson Silva”. It’s easy to see where the comparisons come from: Adesanya is a tall, lanky middleweight whose already proven himself an extraordinary striker. Silva just so happens to be Adesanya’s MMA idol.

Silva raised some eyebrows when stated that Dana White told him that he’d get a title shot with a win here. To us, that just sounds like a backdoor to fast-track the Nigerian instead. Opening as a massive favorite in the online sportsbooks, Adesanya has all the characteristics to be a star: swag, charisma and a sick striking style. We’re sure that WME would love a big year out of him.

The rest of the card is decent, but UFC 234 is about as top-heavy as it gets. Because we don’t foresee much action beyond the main and co-main, we’re solely focusing on those two. So let’s dive in, courtesy of the UFC odds at BookMaker.eu.

Pick On Somebody Your Own Age

For six straight fights, Whittaker has fought dudes in their mid-30s and up. His last two scraps were against 41-year old Romero, and before that he trashed a 38-year old Souza. I’m not saying that those guys aren’t elite fighters, but Whittaker’s youthful speed and athleticism was definitely a big factor. 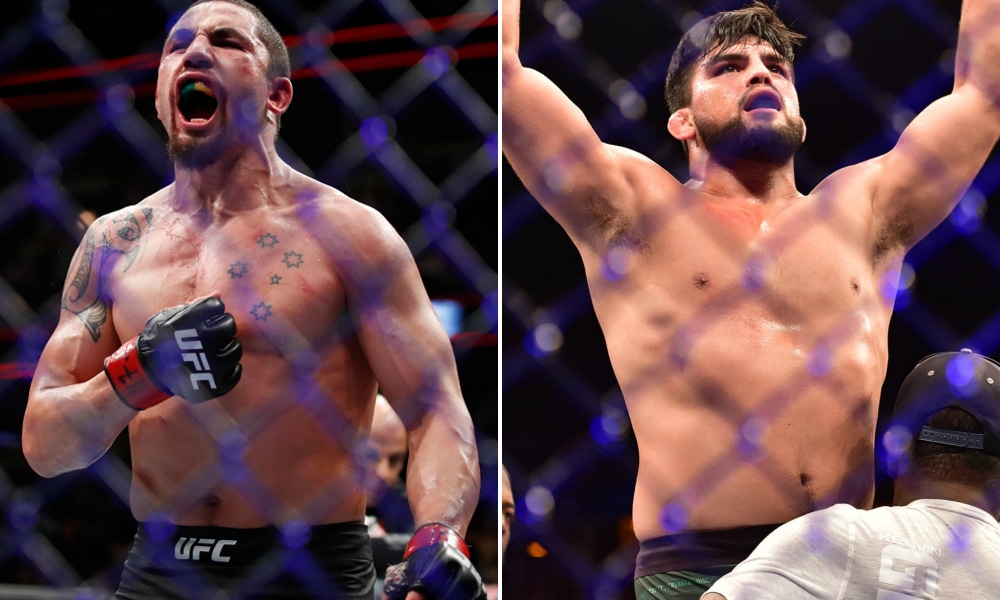 Gastelum is 28 – the same age as Whittaker. And like Bobby Knuckles, the American is an upjumped welterweight who wins with his quicks and fast hands. That’s a whole new challenge for the champ: Souza panicked when he couldn’t get it to the mat, and Romero fights in explosive bursts. Gastelum is a dude that gets in your face, stays there and pieces you apart at a high pace. That’s pretty much how Whittaker fights, and he lands at a higher rate too.

We should note that Whittaker’s line steadily dropped since opening in late December – from opening at -230 to -260 in late January. That indicates most of the action has been on the champ, as oddsmakers move Gastelum from +190 to +205 in the same time frame.

Remember: this pick isn’t about who we think will win. This is about value, and Gastelum as a 2-1 underdog is too good for us to pass up. Gastelum is the best pure striker that Whittaker has met since Uriah Hall in 2015, and he has a far better chance at pulling off the upset than the odds suggest. Neither are wrestlers, so they’ll be fighting to their strengths. This should be a close matchup that could really go either way.

In 18 fights, Gastelum has never been knocked out, and Whittaker has only been stopped once due to strikes. Though they both can pile up damage, neither is considered a killshot puncher. They’ll get marked up for five rounds, but should survive to hear the scorecards.

In MMA, age is much more than just a number. At 43, Silva is a much different fighter than the guy that terrorized the 185-pound class for over five years. He’s no longer a guy that can style on opponents anymore: strong wrestlers can bring him down. Good strikers can survive his laser-guided sniping assaults. But for brief flashes, we do still see the old Silva – especially when he’s allowed to do his thing and counterstrike aggressive fighters. 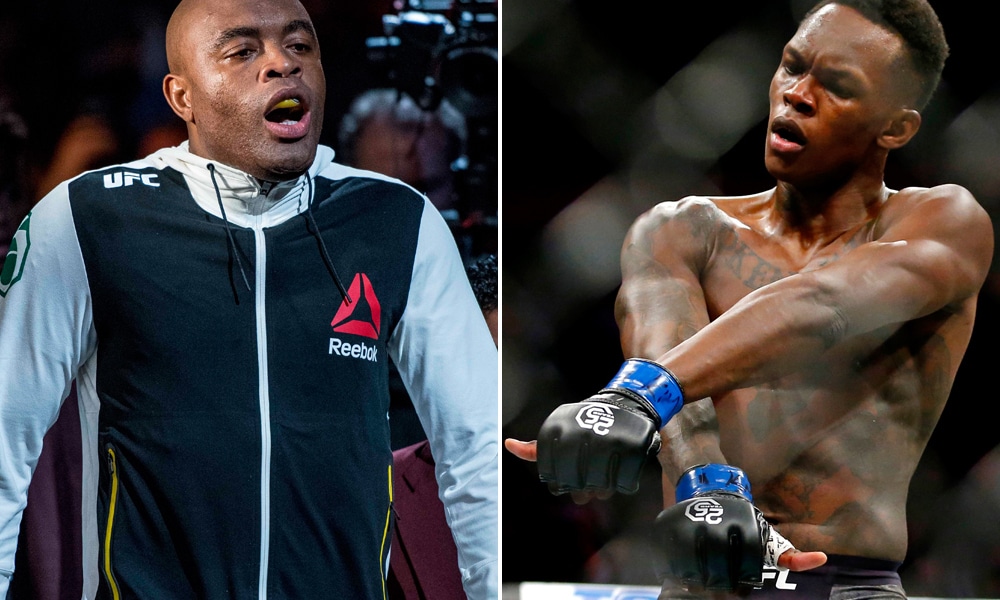 While Adesanya isn’t the type of hard-charging opponent that The Spider tunes up, he still lands an excellent 4.51 significant strikes per minute. Instead of swarming, Adesanya relies on patient aggression and controlled outbursts to systematically destroy. And his confidence tends to rise as the fight progresses. When he’s feeling it, the results are sublime and eerily Silva-esque: long range strikes come from all angles at all levels, with all eight limbs. That’s usually the part where opponents crumble under the storm.

Normally, we like veterans against massively hyped young fighters. But we simply can’t justify taking Silva here. Adesanya is taller, rangier, faster, stronger and younger. The physical talent gap here is about as big as it gets. Though this price won’t net you much, it’s basically a free boost as a parlay.

There is a very real possibility that Adesanya completely outclasses Silva on the feet (which has never happened). But then again, the former champ is a guy that’s probably forgotten more about kickboxing than most pro fighters will ever hope to know. Adesanya has a stellar finishing rate, but he’s only finished half of his UFC opponents. Plus, this is only three rounds.