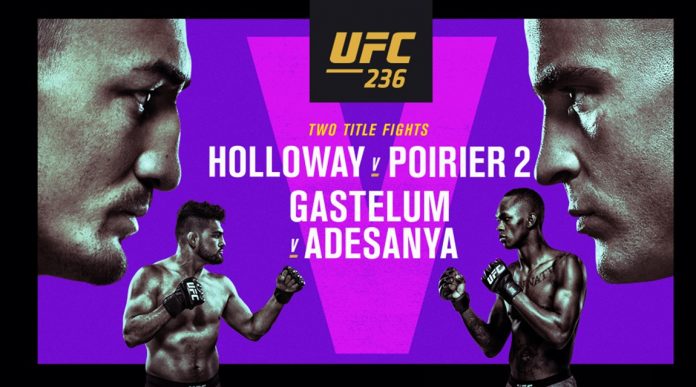 We’ve officially reached the apex of the interim title era. This Saturday’s UFC 236 in Atlanta is headlined by not one, but two fights for temporary straps. Somehow, Dana White and WME have legitimized something that was widely derided as “fake belts”.

What’s more, the main event between Max Holloway and Dustin Poirier is a undeniable superfight. There’s no other way to describe it: you’ve got a dominant champ on a 12-fight winning streak moving up a weight class to become a double champ. On the other side is a dude that owns a Fight of the Year, multiple Fight of the Nights, and has finished a murderer’s row of opponents – Pettis, Gaethje, Alvarez – to get here.

In the co-main event, Israel Adesanya looks to take the final step to superstardom. The 29-year old has everything except the hardware: a flawless 16-0 record. An exciting striking style that draws comparisons to a prime Anderson Silva. A recent win over an old Anderson Silva. The swag and the swagger. But it’d be folly to overlook his opponent, Kelvin Gastelum, whose lowkey personality and highly effective boxing sets up an exciting matchup of polar opposites.

We’re focusing our attention on the top two fights here, since the quality of the card drops sharply after the main attractions. Let’s take a look at the UFC odds at BookMaker.eu and break down our best betting picks. 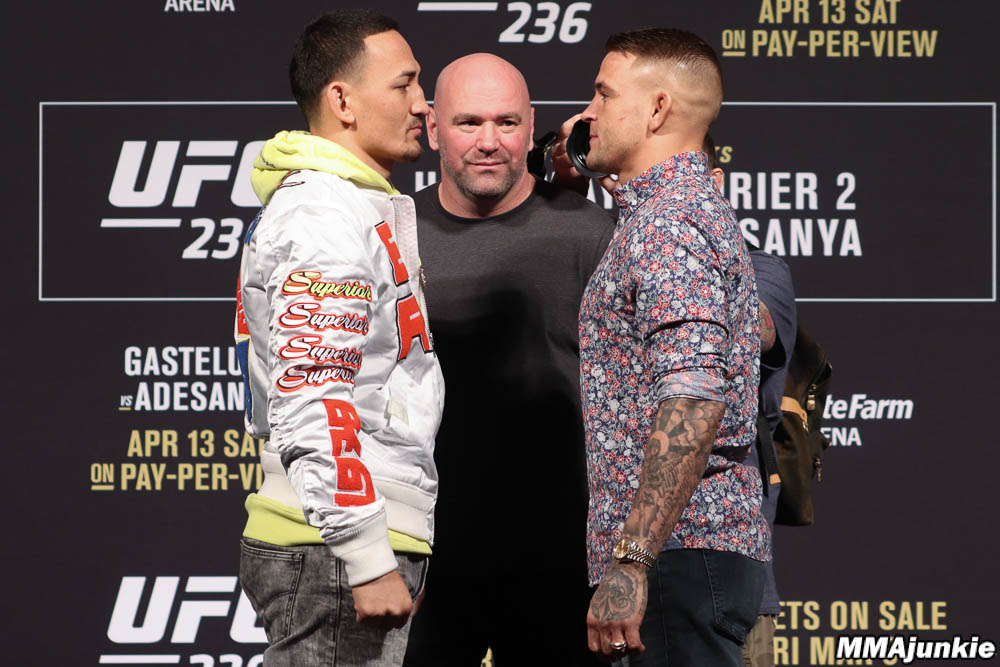 Yes, this fight is a rematch – but we can completely ignore the outcome of the first encounter in 2012. Though Poirier walked away with a submission win, Holloway was just 19, making his UFC debut in his fight pro MMA fight. Seven years later, both are completely different fights; Poirier will be the first to tell you that the results are meaningless.

The usual assumptions we can make when a fighter moves up a weight class don’t apply here either. Poirier started his career at featherweight, and Holloway is almost too big for 145 pounds to begin with. In this case, the Hawaiian is two inches taller than the 5’9” Poirier – and moving up a weight class was always part of his larger plans to begin with.

“Against all odds. Champion of the world. No doubt.”

I’m a sucker for any fighter who has weaponized his cardio. Like Tony Ferguson, the Diaz Bros and Sea Level Cain, Holloway is basically a T-1000 in 4-ounce gloves. He simply does not stop coming forward, cutting angles and throwing strikes – according to FightMetric, Holloway lands an insane 6.9 significant strikes a minute. That gas tank, along with an iron chin and stellar defense, are the reasons why he’s barely been touched while dispatching pretty much every elite featherweight out there.

Poirier is pretty much the prototype for an generically awesome MMA fighter. The 30-year old is an excellent athlete with explosive striking, solid wrestling and almost cliche toughness. His resume is filled with wins over elite fighters, but those victories have never come easy. It’s like he chooses to take the hard way – brawling with brawlers like Gaethje – as if he’s trying to prove a point.

Poirier is as dangerous as they come, but the thought of Holloway leveling up his cardio is just too damn scary.

This is your hedge play, as the payout is excellent for something that frankly has a good chance of happening. Who knows if Holloway’s durability translates against a dude that just finished three of the toughest 155ers in the business. 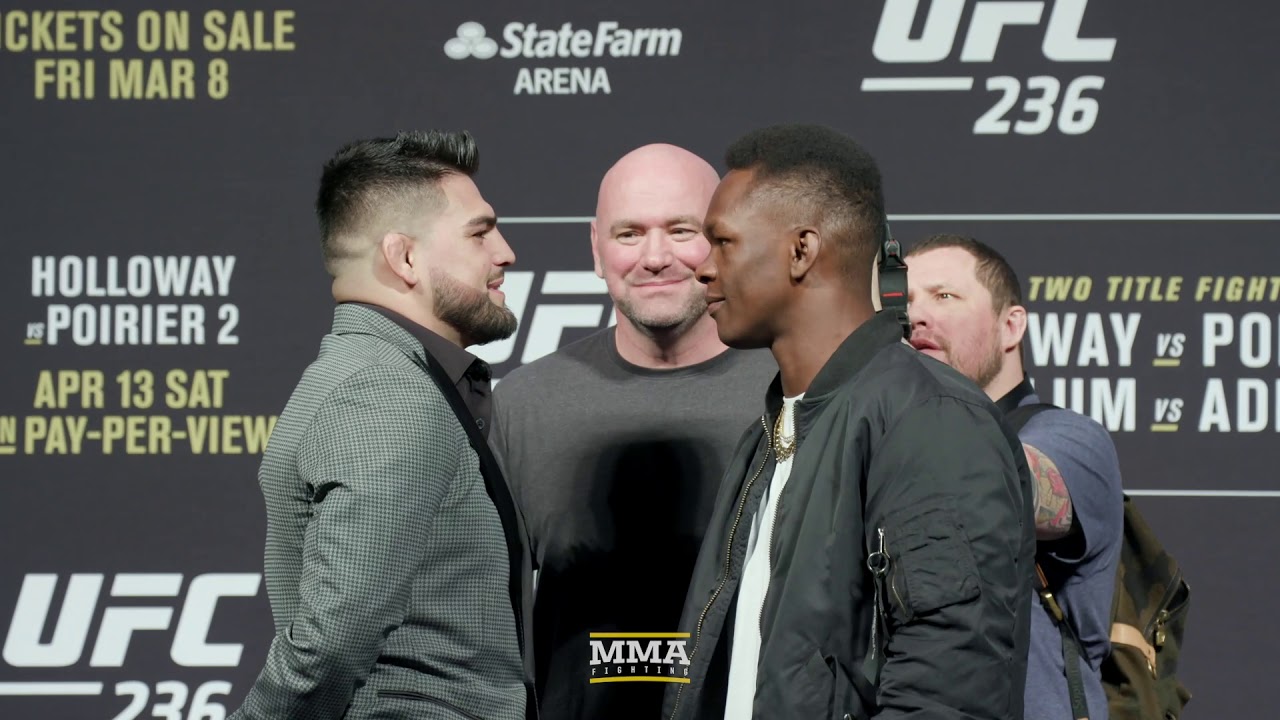 A Tall Task for Gastelum

Fact: Adesanya is 6’4”, Gastelum is 5’9”. Since both guys are strikers, you sort of automatically assume that the guy with longer range will have a significant advantage right of the bat. On top of that, Adesanya is obviously a special striker at all ranges. Whether it’s sniping with kicks at long range, slashing with interior elbows and or bombing away in the Thai clinch, The Last Stylebender ain’t one to mess with on the feet.

But that’s exactly what makes Gastelum so intriguing. He brings a striking style that Adesanya hasn’t faced yet – an aggressive power puncher whose extremely comfortable inside the pocket. He marched down the 6’2” Michael Bisping and the 6’1” Jacare Souza and started carving them up like turkeys. The 27-year old is absolutely fearless with quick, powerful hands. He’s also not going to have to worry about takedowns from Adesanya, which opens up his full arsenal.

Gastelum’s wrestling could prove an interesting wrinkle here. A former high school state champion, Kelvin doesn’t use his takedowns often, but he’s excellent with his reactive shots. Derek Brunson – an NCAA D1 wrestler – couldn’t take Adesanya down, but he tried to force the issue. If Gastelum can even threaten the takedown, it could be huge.

In our early preview, we picked Gastelum as a great value around +175. But a surge of action has moved his line to the point where we’re fading the pick. On the other hand, Adesanya is much more affordable now, and -175 is a fair price for a guy that has every physical advantage. An alternate pick here is the fight doesn’t go to decision: given how aggressive Gastelum can be, we also see a high probability that this fight ends before the final bell.

Check out the latest UFC 236 betting odds for today.