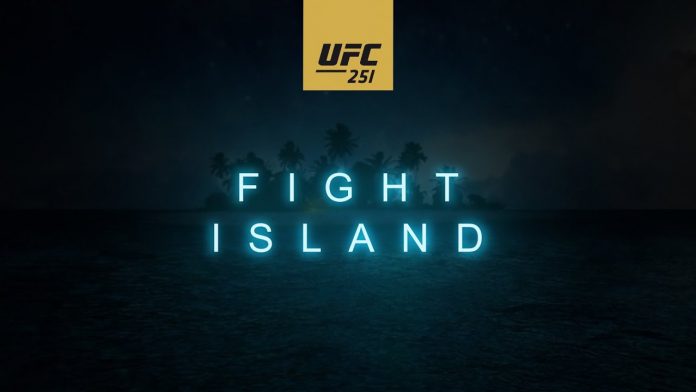 Fight Island is real, even though it’s not quite what everyone was imagining. I’m not sure what the expectation was, but there definitely seemed to be slight disappointment that it wasn’t a mix of Mortal Kombat and Bloodsport. What we got instead is a man-made island in Abu Dhabi that’s a well-known tourist attraction.

But here’s the catch: there are some awesome fights going down at Fight Island, starting with a stacked pay-per-view event this weekend for UFC 251. 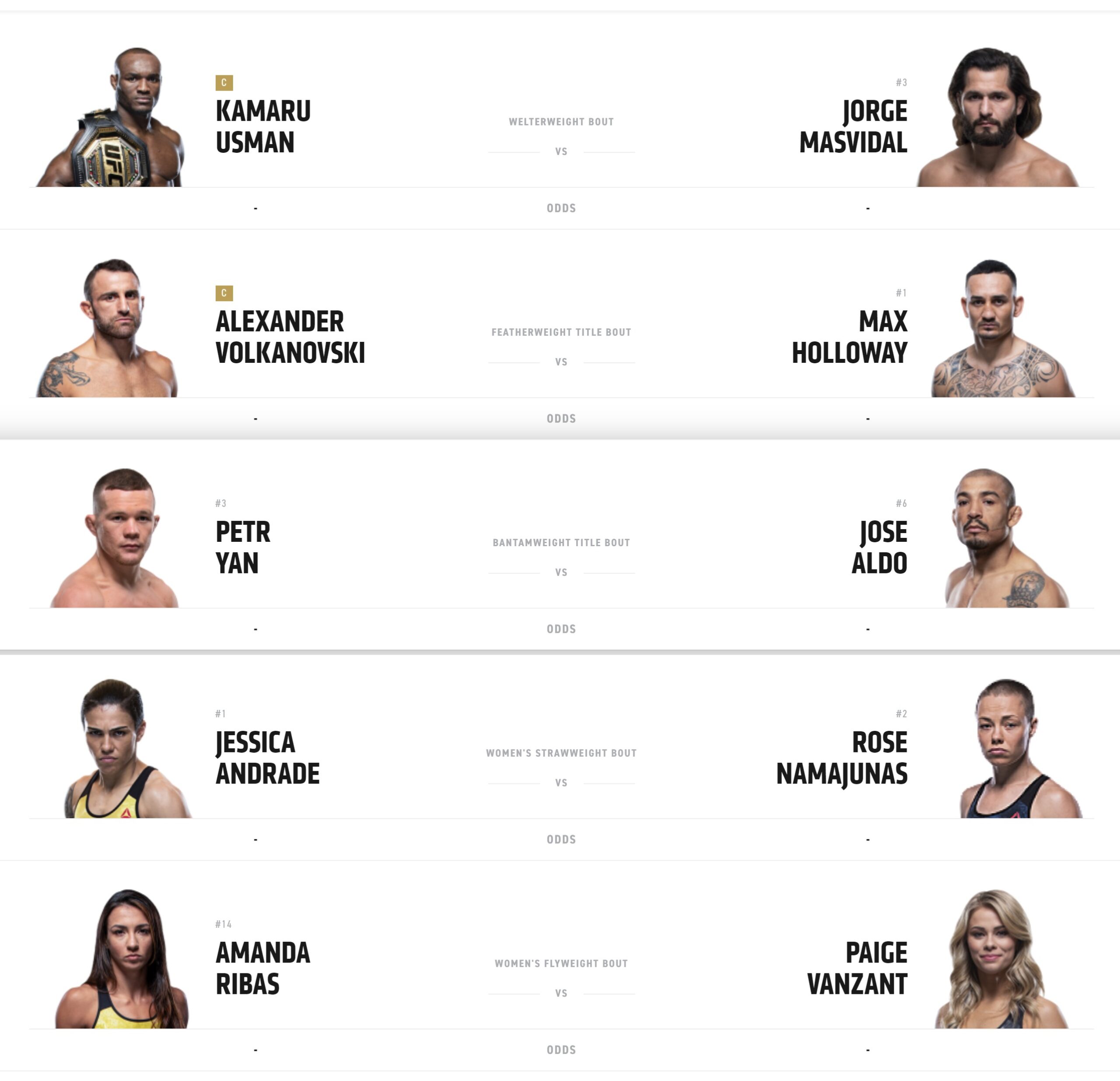 The main card features three title fights, and all of them are genuinely compelling matchups – no stay-busy fights in this bunch. The main attraction here is a welterweight title fight featuring one of the UFC’s biggest stars: Jorge Masvidal has agreed to step in and challenge Kamaru Usman. This was the fight we all wanted in the first place – so what if getting here was really weird.

I’m starting to wonder why Usman isn’t getting more shine as he has yet to lose in 11 UFC appearances. It’s only his second title defense, but The Nigerian Nightmare could be starting an all-time run here. Masvidal has one of the coolest MMA stories ever, starting his career fighting in jean shorts in Kimbo Slice’s backyard. Nearly 20 years later, he’s a major star who could reach MMA’s pinnacle.

In the co-main, we’ve a rematch between Max Holloway and Alexander Volkanovski. When they first met, Volkanovski closed as a +180 underdog. Not only did he pull off the upset, he did so convincingly that oddsmakers opened with the Aussie as a -220 favorite this time around. Crazy to think about how quickly the conversation has shifted around Holloway, who had won 14 straight featherweight fights and was being discussed as the divisional GOAT.

Petyr Yan and Jose Aldo round out the trio of title fights, squaring off for the vacant bantamweight title. There’s a good chance this ends up being the night’s funnest fight. Yan is basically a mini-Ivan Drago, walking opponents down and lighting them up with bone-crunching combinations. But Aldo is Aldo, a living legend who is by no means done yet. Expect a dizzying array of lightning fast flurries.

The last fight we want to dig into is a rematch between Rose Namajunas and Jessica Andrade. Quick refresher: Andrade piledrived Namajunas into oblivion and took the strawweight belt from her in the process. Pretty sure that Namajunas would love to get that one back

Let’s take a look at the UFC odds at BookMaker.eu and get into your best online betting options. 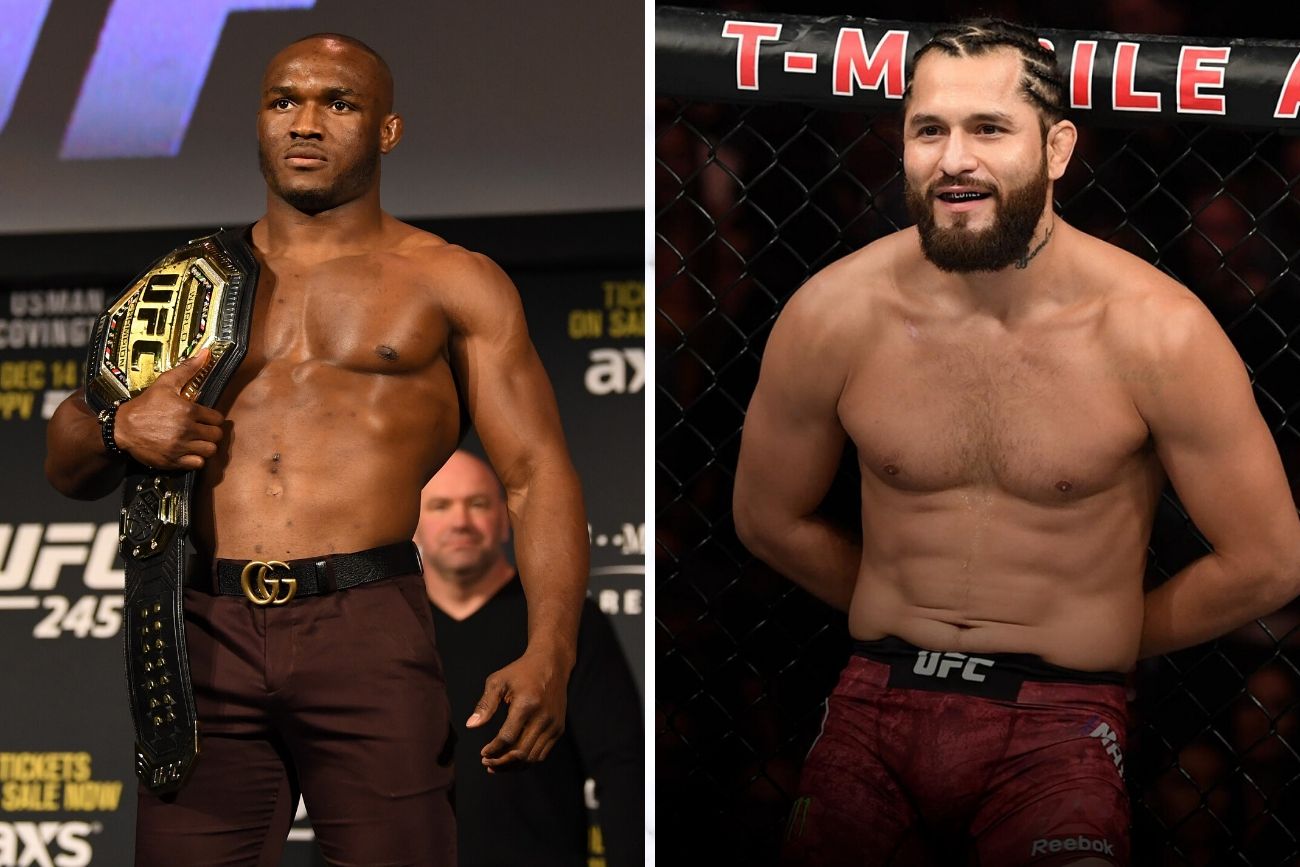 We see several key advantages for the champ. For starters, Usman is a massive welterweight and Masvidal is a former lightweight. The size is gonna be a factor, especially since Usman has proven to have excellent cardio for somebody so heavily muscled. Masvidal has excellent takedown defense, but at the end of the day Demian Maia was able to drag him to the ground. Usman is a much, much more dangerous takedown artist.

There’s also the fact that Masvidal took this fight on a week’s notice. By most reports, the ATT fighter never really stopped training – and Usman has been the guy he’s had his sights on the whole time. But there was no way for his team to predict that Burns would come down with Covid19, so it’s highly doubtful he was in a fight camp. Being in shape and being in fight shape are two different things.

We’d keep an eye on the live UFC odds here: if Masvidal can stuff the takedowns early, he has the clear striking advantage on paper. Be ready to hammer his line if Usman is unable to establish control.

Usman has gone to decision in four of his past five and isn’t the most dynamic finisher. While Masvidal comes into the matchup with three straight stoppages, he’s coming up against a guy that’s never been stopped. This one should go to the cards. 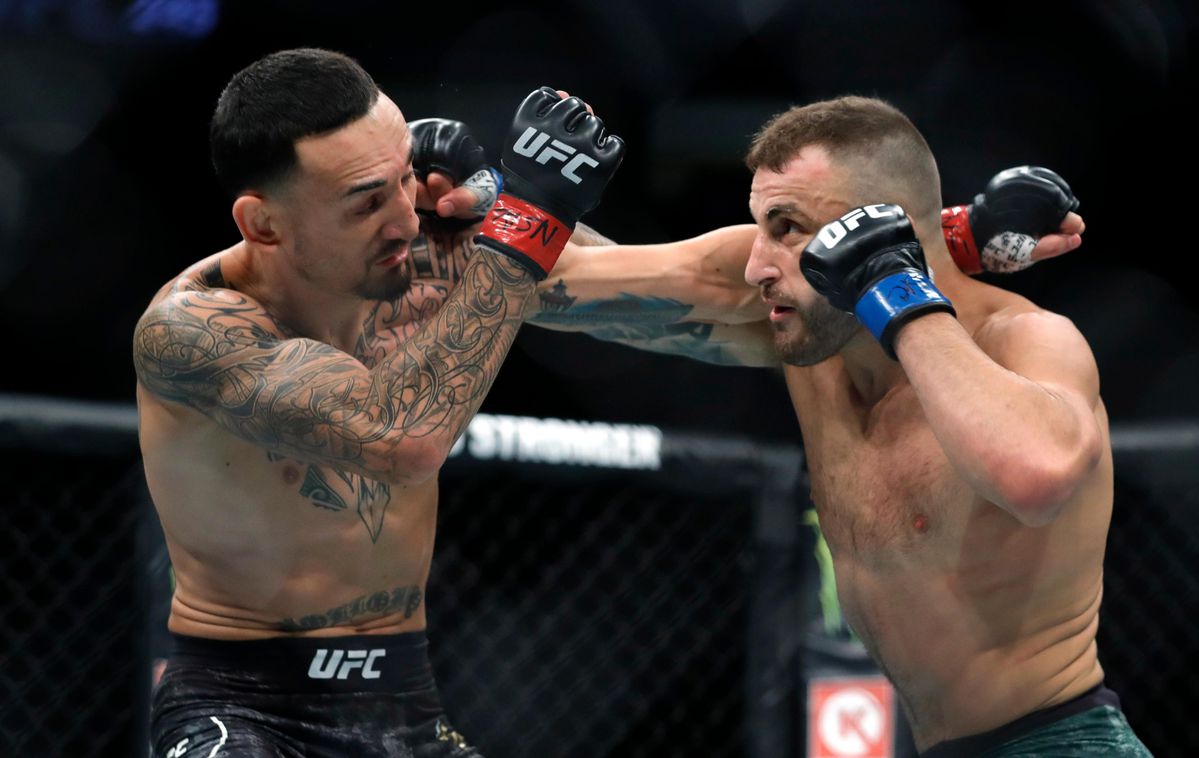 Our Pick: Fight goes to decision at -215

We think that Holloway is being written off far too quickly. While he’s got an uphill battle to fight, this is an elite fighter that dominated a loaded division for years. Doubting that a fighter of his caliber – who is not yet even 30 – can make adjustments is just plain ridiculous. The question is whether he can change his nature inside the cage, especially when it’s brought so much success.

For us, the best play is betting the fight going to decision. It protects you against a Holloway upset, and offers a little less than a 50% ROI. The first fight went five rounds, and neither man has been finished since early last decade. These guys did some damage to each other, but nobody came particularly close to being finished. 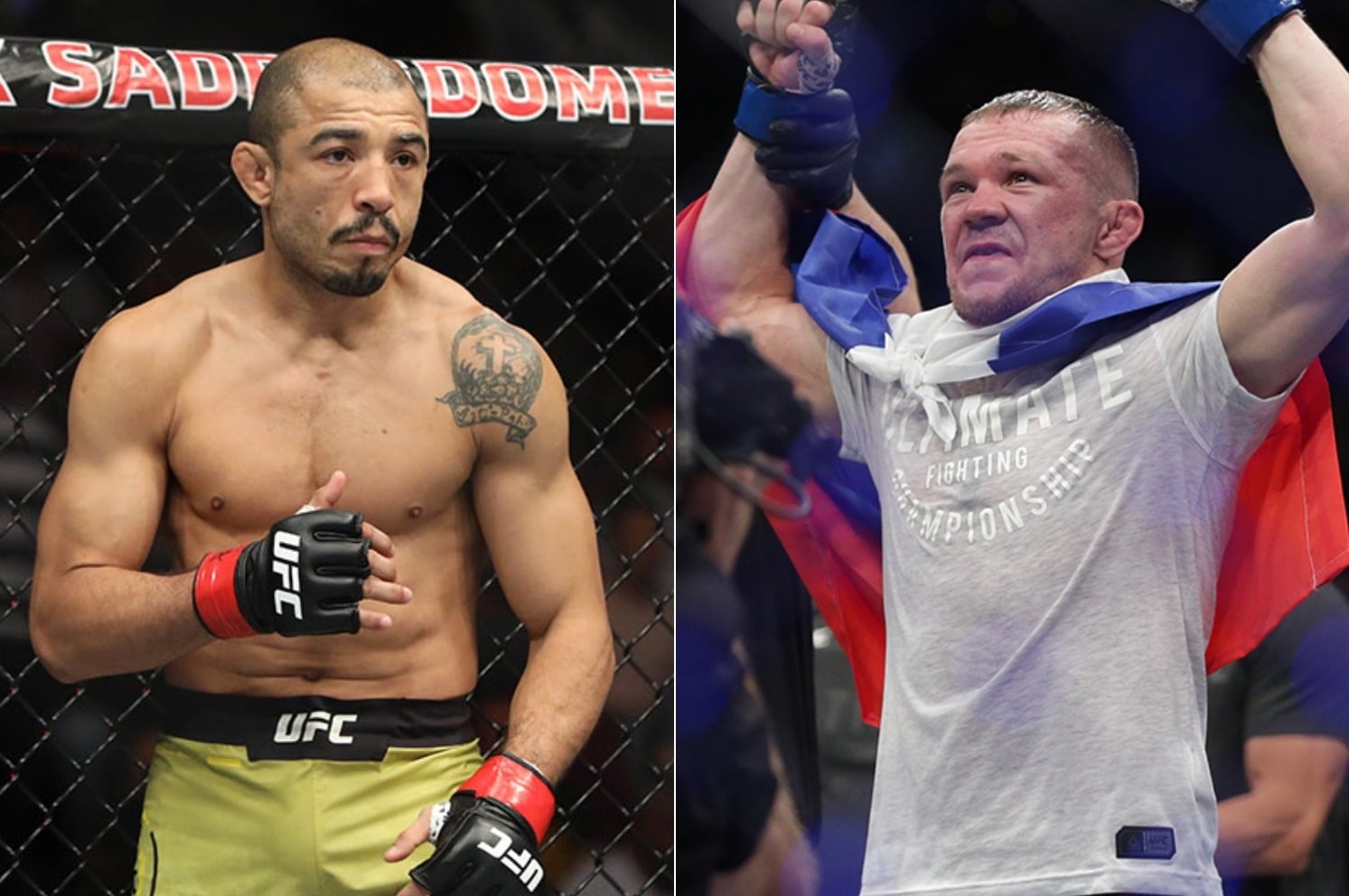 We feel comfortable telling you to go big on this bet. In fact, we’d advise you to do so while Yan’s money line is still below -250. Aldo is capable of fighting at a high level, but this is a nightmare matchup for him. First of all, he barely held on for three round against Moraes, who is notorious for fading in three-rounders. Second, Aldo is clearly in physical decline – he’s a step slower, reacts later and is less dynamic than he used to be. Not saying that he’s fallen off a cliff, but slight decreases across a variety of areas add up.

Yan is young, fast and particularly nasty. He was so brutal against Urijah Faber in his last outing that it was hard not to feel bad for the Alpha Male captain. While Aldo might put up a good scrap for a few rounds, Yan’s relentless pressure and volume is going to be too much. Yan might not have the height and reach of Holloway, but he might be even more exhausting to fight because of his speed. 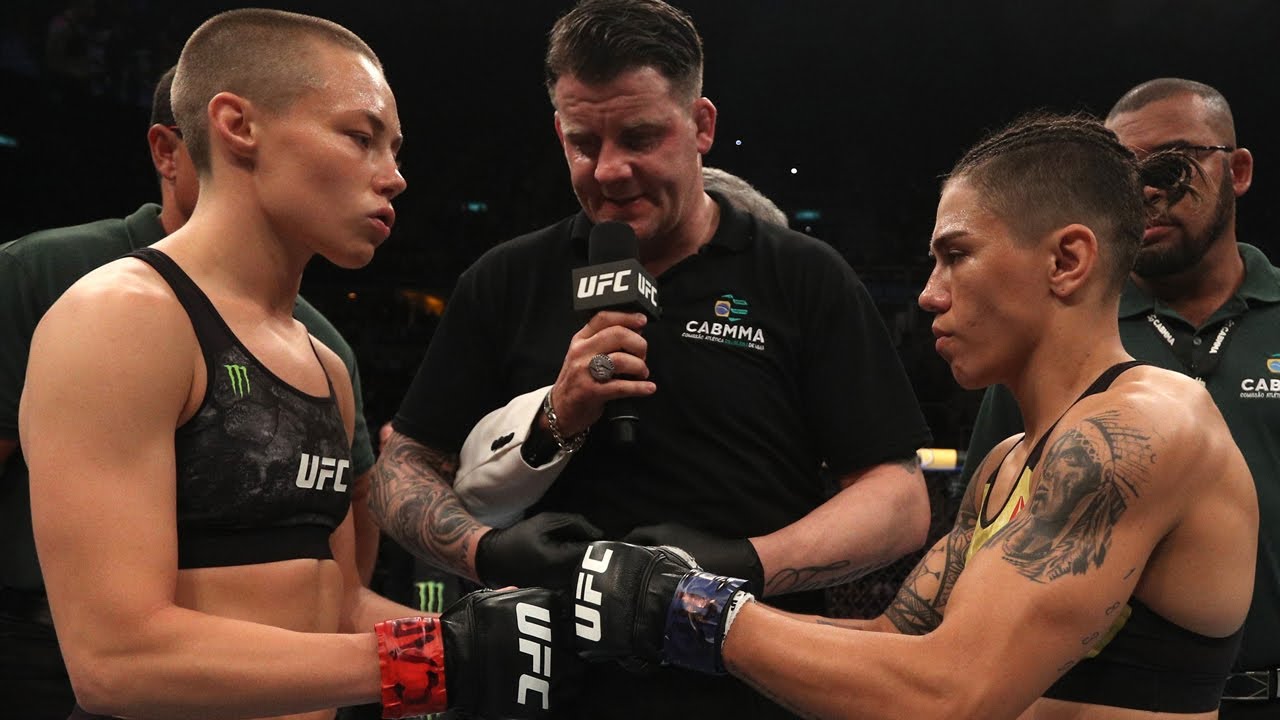 We really wanted to pick one of Namajunas’ victory bets, but in the end we’re playing it safe. Anybody who watched their first fight saw that Andrade was clearly outgunned, but was able to capitalize on a mistake. It was the equivalent of hitting on a puncher’s chance, except in this case it was a slam.

This seems like a fight that Namajunas wins 9 out of 10 times – she was having her way with the Brazilian. That’s why we so heavily considered Namajunas by TKO or Namajunas inside the distance, which pay out well. But this is a three-round fight and Andrade is tough as nails. She can take a ton of damage, and has the brute strength to stall this fight as needed. There’s a good chance this ends before the final bell, but guessing how isn’t worth the risk.