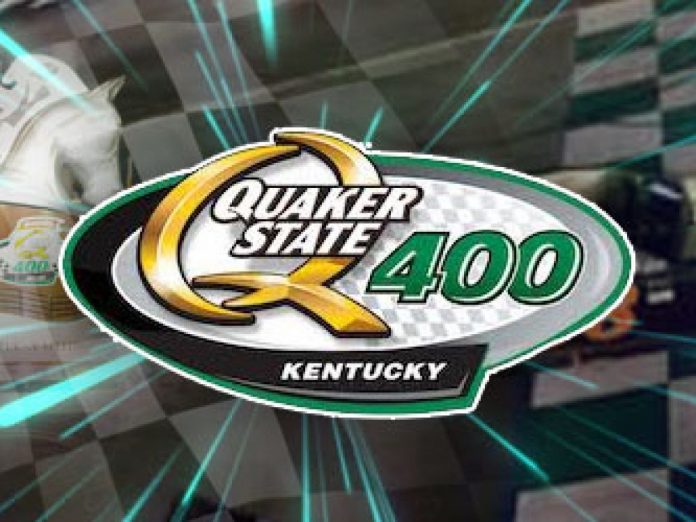 Can anyone stop the duo of Kevin Harvick and Denny Hamlin? They’ve combined to win the last three races and together own half of the Cup Series wins this season. Harvick aims to become the first back-to-back winner of the year and has been installed as the betting favorite at online sportsbooks for this week’s Quaker State 400.

Showing up at third on the odds chart is Hamlin, slotted right behind reigning Cup Series champ Kyle Busch. Busch is perched near the top once again despite not winning a Cup Series race this season. Don’t feel too sorry for Kyle, though. He has a pair of wins this year in the truck series and another checkered flag in the Xfinity Series, proving he still knows how to win.

His history at Kentucky is pretty impressive, too. He won the very first Quaker 400 in 2011 with another triumph in 2015. He’s managed a top-5 finish in seven of the nine races held on this track, losing to his brother Kyle in extra time in last year’s edition. That history trumps anything Harvick and Hamlin have done on Kentucky’s 1.5-mile tri-oval. Neither of those two drivers has taken the checkered flag. 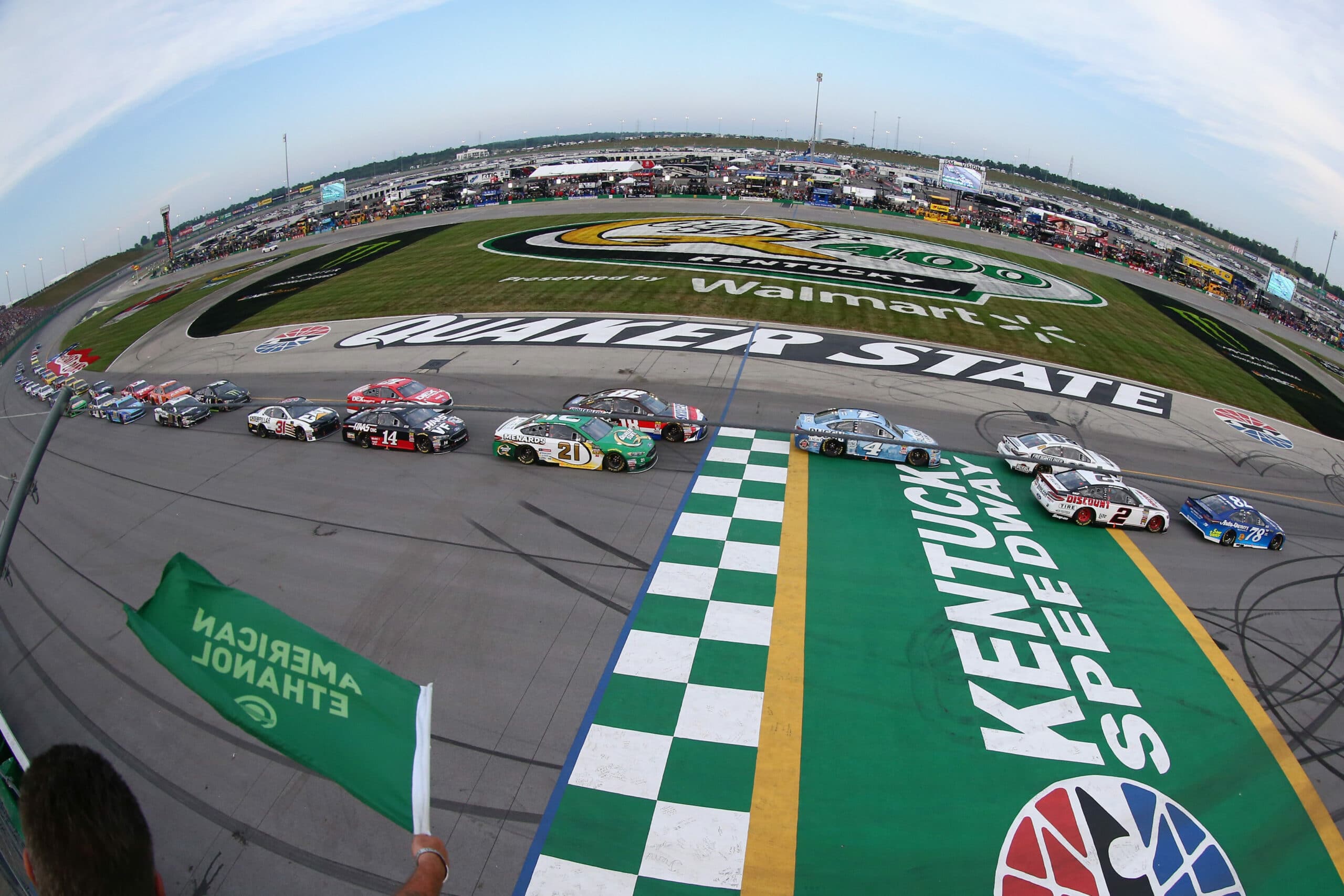 The 2020 Quaker State 400 takes place on Sunday, July 12, from Kentucky Speedway in Sparta, KY. The race will be televised on FS1 with the green flag dropping at 2:30 p.m. ET. Visit BookMaker.eu for a complete list of updated betting odds and wagering opportunities.

Having the same drivers consistently at the top of the odds board is a common theme in the Cup Series, and there’s good reason for that. Eight drivers have won all the races this season with Hamlin and Harvick leading the way with four victories each. Joey Logano and Brad Keselowski, each with two are the other multiple race winners. And guess what? They are all lerking around the top half of the odds list.

Logano’s stock has faded a bit since winning twice in the first four events of the season and he’s the only one of the four not at single-digit odds. After the season restart his best showing is fourth and his average finish in the last five races is 23rd. his numbers at Kentucky haven’t been much better. Logano was runner-up to Kyle Busch in 2015, but he has just one other top-5 in nine starts. Fade Logano in all markets this week.

When looking at history in Sparta there’s one driver that stands out more than Kyle Busch. Keselowski has the most Cup Series wins with three winning the race in 2012, 2014 and 2016. The year after his last win Keselowski was knocked out of the race and took 39th. He followed with a third and placed 20th last year. If you’re into the numerology thing consider he has an average finish of 1.5 in even numbered years.

We talk about Kyle Busch in every article, though the narrative has tilted toward his lack of success this season. Twice in the previous five seasons he led the Cup Series standings winning at least four races in each season. The drought extended last week, but he looked sharper behind the wheel taking sixth.

Coming off a confidence-building run and getting a track he’s owned leaves Kyle in a good spot for that elusive first win. He completed all nine races at Kentucky with an average finish of 4.7, which is insane. His laps led rate while on the track is over 25 percent.

This race has typically been run at night, so changing the start time presents another set of challenges for drivers. It’s going to be much hotter on the track and that means crews have to be at the top of their game. The 2013 race was moved to Sunday afternoon due to rain with Matt Kenseth emerging victorious. He’s back for another go with an opening price of +6000. 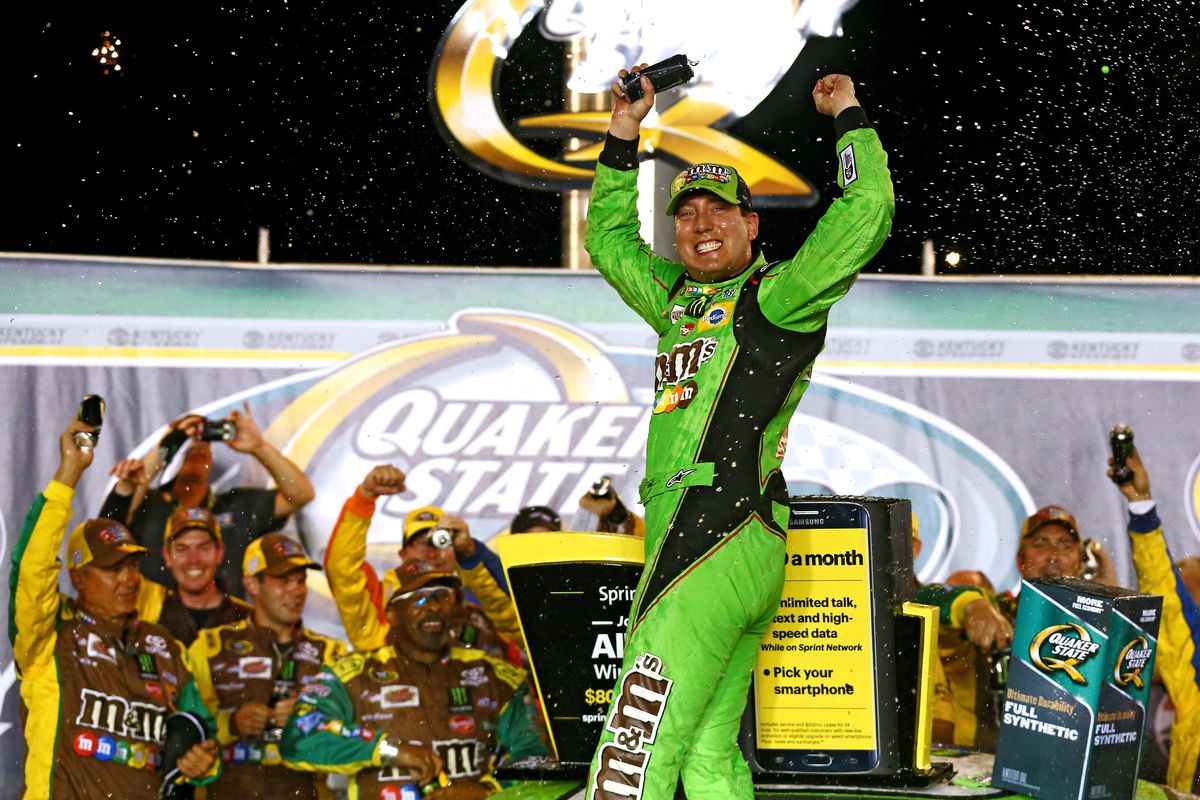 As like most races since the season restarted, there is no practice or qualifying leaving drivers to use memory recall on the tricky tri-oval. That alone is enough for me to stick with Kyle Busch, whose history at Kentucky is hard to overlook.

On this day in 2011, @KyleBusch won the inaugural NASCAR Cup Series race at @KySpeedway.

He’ll be looking for his third Kentucky victory this weekend. #TBT pic.twitter.com/R1XNsJDVXK