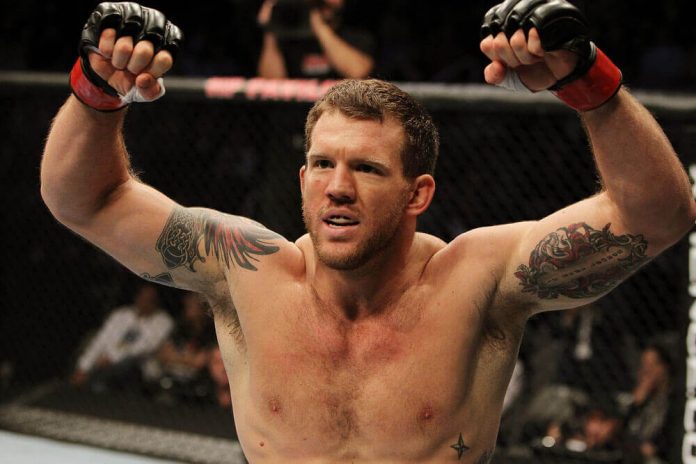 In a rare circumstance, there are two UFC events in one night this Saturday. While the Belfast card offers some solid fights, it’s UFC Fight Night in Sao Paulo that is undoubtedly the more significant event.

There are top 10 fighters and blue chip prospects all over the main UFC fight card. From the No. 4 light heavyweight Ryan Bader to No. 2 strawweight Claudia Gadelha to 20-1 prospect Thomas Almeida, this is one of the deepest Fight Nights we’ve had in a while.

It’s a great offering on FS1, with a fresh set of UFC odds from BookMaker.eu. Let’s take a look at your UFC betting options and preview some of the night’s best fight picks.

The Last of the Nogueiras?

Lil’ Nog’s esteemed twin brother hung up the gloves after a storied career, and it wouldn’t be surprising to see the younger sibling follow suit – especially after this fight. Though Bader may never get his title shot, he is younger, stronger and has taken far less punishment than the Brazilian up to this point.

While Bader’s chin can be exposed, Nogueira has never been the type of knockout artist that the Power MMA rep struggles against. As a former D-1 wrestler at Arizona State, “Darth” can easily overpower the smaller man on the ground.

The fact that the over/under is 1.5 rounds for a wrestler like Bader shows how much oddsmakers think Nogueira has left.

Bader is a -350 favorite for a reason. It’s possible that he can outbox Nogueira, and if that fails, he can resort to his clear wrestling advantage.

A Clash of Prospects

Both Almeida and Morales are exciting prospects. Morales has fast hands, complementing his natural aggression on the feet. Though he could improve defensively, especially in head movement, it is already apparent that the 6-0-1 fighter can do serious damage on the feet.

He is a talented grappler, moving from one submission attempt to another with ease. It’s on the mat where’s especially dangerous.

Almeida is a pressure fighter as well, and he’s a gunslinger that doesn’t hesitate to throw everything from flying knees to spinning backfists.

His youth and athleticism give the Brazilian an immensely high ceiling, and thus far his only loss in 20 fights has come against current title challenger Cody Garbrandt.

What an awesome fight between two fighters that never stop pressing forward. Though Morales is talented, he pales in experience to Almeida.

Both men are prospects, but having just seven pro fights compared to 21 is a problem, especially against a wildman like Almeida.

In the strawweight division, there is Joanna Jedrzejczyk, Claudia Gadelha, and everybody else. The champ and the No. 1 contender are a few laps ahead of the other 115-pounders, including Cortney Casey.

The Brazilian’s combination of strength, athleticism, and world championship BJJ skills is unmatched in the division.

Casey is a scrappy fighter and is coming off back-to-back first round wins. In fact, all of her six career wins have come by way of finish with three TKOs and SUBs each.

But man, going from Randa Markos to Gadelha is not just a few steps up – it’s an entirely different stratosphere.

This is a bounceback fight on native soil for Gadelha. Even without home court advantage, she can easily overwhelm Casey with her physicality.

A Stiff Test for Jotko

5-1 in the UFC and 18-1 overall, Jotko’s record is too shiny for matchmakers to ignore. It’s time to see what the Polish prospect is made of. He’ll be facing the most significant opponent of his career, former middleweight title challenger Thales Leites.

Though the Brazilian is just 1-2 in his past three, those defeats came against current champion Michael Bisping and rising contender Gegard Mousasi.

With over 30 pro fights to his name, Leites has already beaten far more well-regarded opponents such as Ed Herman, Tim Boetsch and Chris Camozzi. Though he might be on the decline, he is still a dangerous fighter at 35.

Do you take Jotko’s youth and well-rounded game over Leites’ experience and world-class grappling?

It’s a tough call, which is why the money lines are so close. In this scenario, I’d avoid picking a winner altogether and go with the over – neither are great finishers.

Both Usman and Alves are winners of separate The Ultimate Fighter seasons, with Alves taking TUF: Brazil 3 and Usman emerging from TUF 21.

Alves just suffered his first career loss after being upset by Bryan Barberena this past May. The defeat snapped a four fight winning streak inside the Octagon.

Usman has yet to lose under the UFC banner, and “The Nigerian Nightmare” is coming off a dominant win over Alexander Yakovlev – earning three 30-25 scores in the process.

An explosive athlete, Usman has collected five KOs in eight career victories. But he’ll have to avoid the ground game of Alves, who has nabbed six SUBs in 10 wins.

If Alves can get this fight to the ground, he’ll have a definitive edge. But it’s unlikely he can keep Usman grounded for the majority of the fight, considering the advantages in speed and athleticism that Usman possesses.

It’s easier to see Usman delivering a greater deal of damage on the feet.