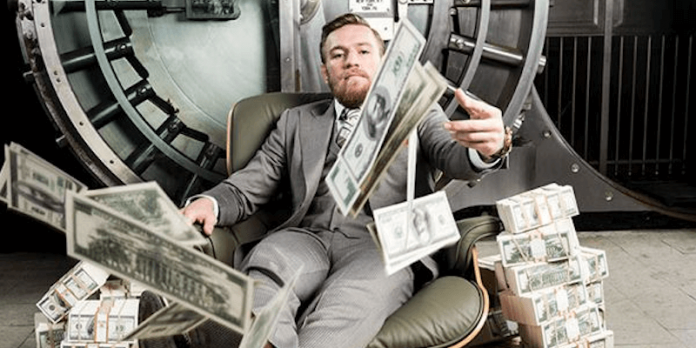 It’s a time when fighters openly care more about the size of their checks than the quality of the competition. In cases like Eddie Alvarez and Tyron Woodley, winning the belt is only a means of chasing more cheese – so how do we choose the fight picks in these fights?

For Eddie Alvarez, it worked out – he’ll face Conor McGregor in a champion vs. champion matchup on a historic card and line his pockets. Not so much for Tyron Woodley, who failed to secure a bout with Georges St. Pierre or Nick Diaz and will instead defend his title against No. 1 contender Stephen Thompson.

Michael Bisping got into the act, pushing for his first title defense against No. 14 ranked Dan Henderson instead one of the top four contenders in hopes of cashing in on a grudge match storyline dating back to UFC 100. And it likely worked, as early indications show a good chunk of pay-per-view sales for the Manchester card.

So who’s next? There are inklings or rumors of whispers for some big upcoming fights, and we just can’t help ourselves when it comes to UFC betting.

Let’s take a look at some of the “maybe” money fights we’ve got on hand and project some odds. If any matchup comes to fruition, make sure to check our Live MMA Odds Section and place your bets. 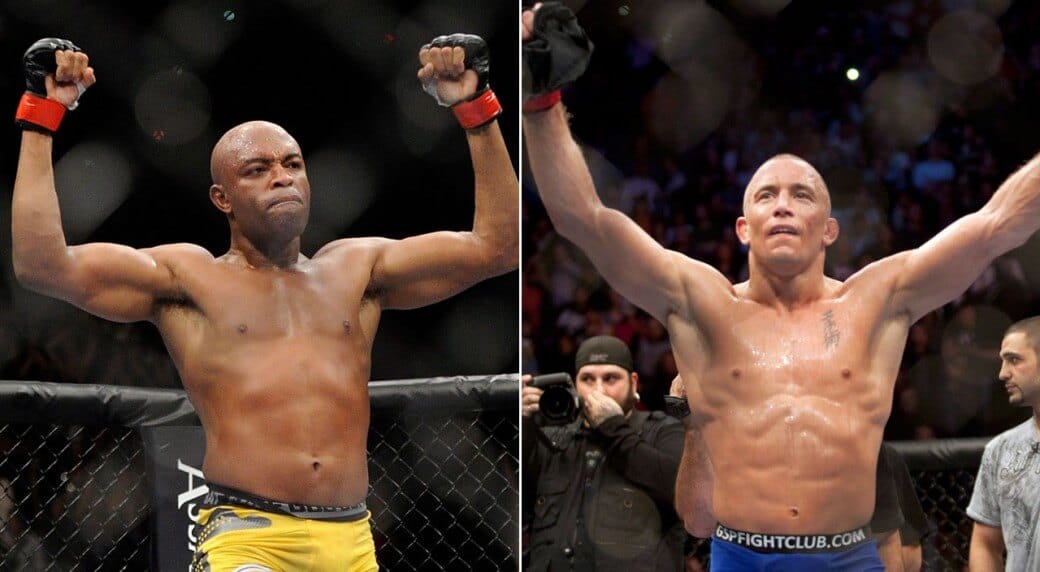 UFC 206 takes place in Toronto. Georges St. Pierre is still one of the most famous athletes in Canada, and he’s openly stated a desire to return to the cage. A few weeks ago, fellow Canadian fighter Patrick Cote posted a vague tweet about St. Pierre facing Anderson Silva come December 10.

However, the relationship between GSP and the UFC has soured quickly recently, with the fighter stating that he is a free agent and the promoter shooting back that he was still under contract. The most likely outcome is that St. Pierre will likely want to avoid the legal process that would rob him of somewhat prime athletic years at 35 years old. If he fights again, it’ll be in the UFC and it could be against Anderson Silva.

Although the Brazilian has had his struggles recently, we still have to consider him the favorite in a hypothetical matchup against St. Pierre. It’s been over two years since GSP has competed, and the size advantage he would concede to The Spider would still be the biggest determining factor when setting the odds. Silva is a guy who has found success at light heavyweight, while GSP has always been the prototypical size for a 170-pounder. 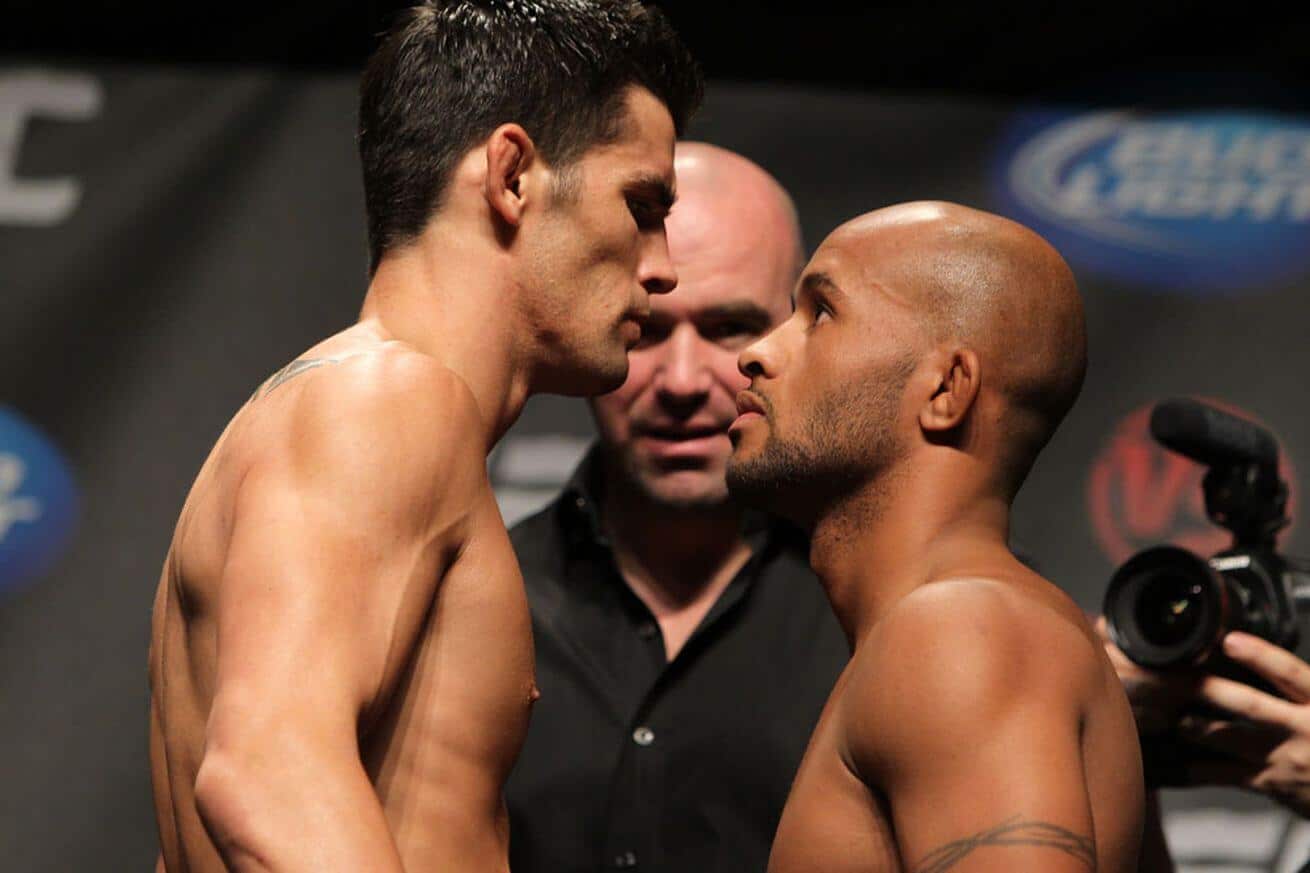 The UFC is so desperate to come up with viable contenders at this point that the latest season of The Ultimate Fighter revolves around the gimmick of regional champions competing for a promised title shot against “Mighty Mouse.”

The UFC would love for DJ to move up in weight to challenge Dominick Cruz in a champion vs. champion fight, but Johnson is holding firm with his asking price: $2 million.

Is This Money Fight Worth the Money?

Understandably, Dana White and Co. are a bit hesitant to pay out so much for a fighter who has had a lot of trouble drawing viewers.

But in a pure fight sense? It’d be an awesome fight. Johnson hasn’t lost since dropping a unanimous decision to Cruz in 2011, and he has dominated the flyweight division ever since its inception a year later. He is a much more improved fighter, and it would be damn fun to watch him use every ounce of his considerable technical skill to figure out Cruz’ elusive style.

But this is a sport where size matters, and Johnson would not easily be able to impose his wrestling. Nor would his striking be as effective against a bigger man. He’d have a speed advantage, but that’s not enough to make him a favorite in the UFC odds. 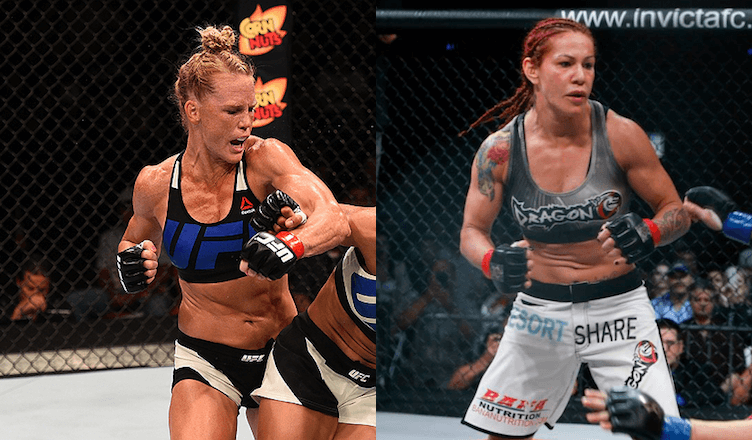 At this point, any fight between Cris Cyborg and a premier women’s bantamweight would be a superfight. Thus far, the UFC has teased us by pitting the Brazilian mauler against fringe fighters at catchweight bouts. It’s time to end all that and make a money fight between Cyborg and Holly Holm.

Why Holm? Because she is a multiple-time world champion in boxing, which is a compelling foil to Cyborg’s ultraviolent Muay Thai. Holm thrives against aggressive opponents, when she can use her footwork and counterpunching to play matador while dishing damage. While Cyborg has been a bit more patient inside the octagon, her natural instinct is to murderpunch her opponents into submission.

You already know that the Brazilian is ready to sign the dotted line to fight any woman. The question is whether Holm – or any other elite bantamweight – is willing to do the same. And it’s an understandable position. Why risk considerable injury to your person and career to face a woman that doesn’t even fight inside your division?

But with the right dollar amount, this is a fight that could happen and fight odds that could be real. We are talking about money fights, after all.

To find more about the highest ranking UFC fighters, be sure to check out UFC Championship Rankings & Title Fight Odds