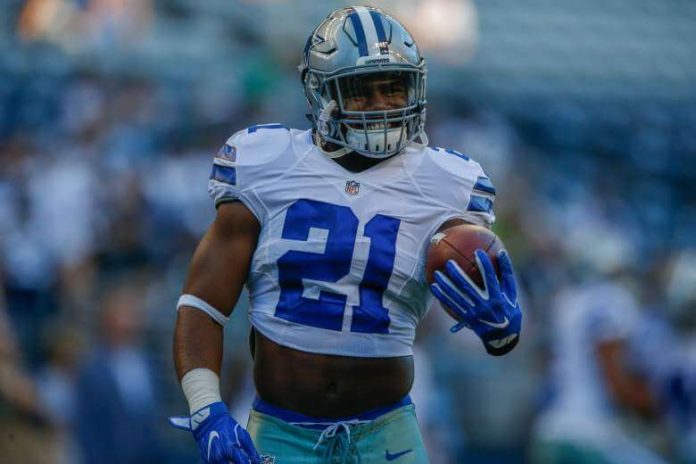 When you look at the landscape of the NFL through almost half of the season, it’s clear that the rest of the league is chasing the New England Patriots. When you ask the question about teams that can possibly run them down, the 5-1 Dallas Cowboys certainly come to mind.

Dallas’ recent history in the NFL postseason, though, is grim, and that’s why it’s going to be all the more difficult to take Dak Prescott out of the lineup in favor of Tony Romo when the seasoned veteran returns from his back injury in a week or two. That said, it’s just as hard to trust a rookie quarterback who wasn’t even drafted in the first two days of the NFL Draft as the leader of a team that could win the Super Bowl.

The oddsmakers at BookMaker.eu posted props last week on when Romo would make his debut as the starting quarterback of the Cowboys, and the prop was nailed over and over again. A buzz-worthy NFL prop bet that opened at +6500 on Romo not starting a game this year has since dipped to +200 over the span of just one week of betting.

NFL Rookies Are Taking the Lead

Though whether Prescott or Romo will ultimately be the leader of this huddle by the end of the year might still be up for debate, the man carrying the football out of the backfield will not. Ezekiel Elliott is off to one of the best starts we’ve ever seen from a rookie running back, and this week, BookMaker is posing the prop as to whether he’ll break the rookie rushing record of 1,808 yards, set by the great Eric Dickerson in 1983.

According to FOX Sports, Dickerson said in September of Elliott breaking his record, “He told me through his agent that he was going to break my record. I just laughed and said, ‘Good luck.’ Many have said that; all have failed.”

BookMaker initially opened Elliott up to break the record at -140, a price that has since dipped to -115, and could drop more as time goes on.

Early bettors on these NFL odds are clearly hoping that the rookie from Ohio State slows down just a bit. Zeke has four straight games with at least 134 yards on the ground, and obviously if that keeps up, not only is he going to break Dickerson’s rookie record, but he could have his sights set on the all-time rushing record as well.

With one of the best offensive lines in the NFL and a rookie quarterback behind him, it’s clear that Dallas is going to be run-first for the rest of this season. Alfred Morris will factor more into this backfield as the season wears on, though, and that might eat into Elliott’s production just a bit.

“Defenses making adjustments or an injury could prevent him from breaking the record, but with the way that offensive line is blocking and the proficiency he’s running with, 2,000 yards isn’t out of the question,” BookMaker.eu spokesman Scott Cooley told Sportsline Monday.

But still, Elliott is a home-run hitter, and he needs to average 110.5 rushing yards per game the rest of the way to break this record. It’s a hefty mark for sure, but it’s hard to bet against him if you believe Dallas is going to continue winning games.

What to Keep in Mind for the Rushing Record

Just keep in mind that 1,800+ yard backs are incredibly rare in the NFL. DeMarco Murray did it behind this Dallas offensive line a couple years ago, and Adrian Peterson had that awesome 2,097-yard season in 2012. Aside from that, though, you have to go back to Chris Johnson’s 2,006-yard season in 2009 to find the last time any back – let alone a rookie – eclipsed 1,800 yards.

Elliott, though, appears to be a special talent, and the Cowboys desperately needed this type of production from him after spending a top 10 pick in the NFL Draft on him. Can Elliott break the rookie rushing record? Just ask his teammate, Dez Bryant.

“Yeah, I believe it. Two thousand or more. That’s my prediction.”

Is Tony Romo about to be replaced? Check out Dallas Cowboys: Dak Prescott to Replace Tony Romo?