Home Latest News UFC Odds – Jones vs. Cormier and the Best Fights for an... 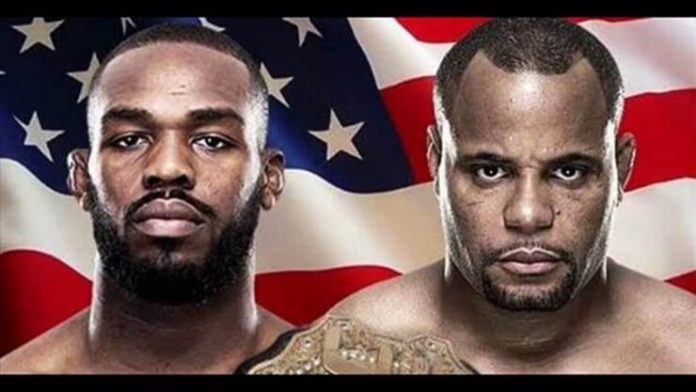 Can’t get enough UFC? Then you’re gonna love July, which features six events in just one month. Alright, one of them is Dana White’s Contender Series, which really isn’t anything to get stoked about, but even taking that out, fans are still getting more than one card a week.

Today we’re taking a look at some of the best fights of the month and applying the proper hype. Obviously, a few of these are main events (like Jon Jones vs. Daniel Cormier), but there are definitely some scraps that lower on some cards that you can’t miss either.

Where available, we’ve got UFC odds from BookMaker.eu listed, so hop on over to the sportsbook and start betting. It’s always a good idea to lock in bets early before the betting public starts swinging the odds out of your favor.

Fight of the Year, Anyone?

All you “Just Bleed” types have got your dream matchup. Robbie Lawler, former champion and last-round comeback king is back in action against the gunslinging “Cowboy” Cerrone. Two dudes who personify the going-out-on-your-shield mentality squaring up? Hell freaking yes please!

To sum it up, Lawler is responsible for putting on ESPN’s fan-voted “Best Fight in UFC History” for his 2015 thriller against Rory MacDonald. The very next fight, “Ruthless” put up another Fight of the Year candidate against Carlos Condit.

As for Cowboy, the man owns 14 UFC post-fight bonus awards for being an all-around ass-kicker. Put ‘em in a cage and you’re gonna have to give the front row rain ponchos to shield them from the bloodshed.

Return of the GOAT

This is ain’t just a grudge match. It’s even bigger than the title that’s up for grabs. The legacies of two the best light heavyweights in UFC history are at stake. While Cormier might be the champ, the legitimacy of his reign will always be questioned unless he beats the man who never lost the belt in competition.

And that man, Jon Jones, happens to be the GOAT, plain and simple. But can his freakish physical talent overcome all the stuff he’s gone through outside of the octagon? The drug use, the PEDs suspension for dick pills…Jones has the opportunity to put that in the rearview mirror and continue what has been one of the most impressive runs we’ve ever seen.

How the mighty have fallen. In 2015, Weidman was 13-0 and the middleweight champ. Going into his fight on July 22, he’s been brutally KO’d in three straight outings. Was he just not that good to begin with? Or is he an example of a fighter whose prime slipped away dramatically faster than his peers?

Whatever the case, a fourth straight loss would be a catastrophe. The UFC isn’t doing him any favors either by pitting him against a jitterbug puncher like Kelvin Gastelum. Putting even more pressure on Weidman is the fact that this fight takes place in his hometown of Long Island, where the crowd will be massively pro-Weidman.

The last time he fought in his home state, a flying knee courtesy of Yoel Romero rearranged his face and left his face literally spurting blood. That was an ice cold maneuver in front of Weidman’s family and friends.

The Reaper Is Coming

Speaking of Yoel Romero, the sasquatch masquerading as a human is finally fighting for a title after tearing apart hapless middleweights for years. But Whittaker looked so good against Jacare Souza that he has moved from underdog to favorite in the past few days. That’s kinda shocking, considering the destruction Romero is capable of.

To be fair, the 26-year old Aussie manhandled Jacare Souza in his last fight. Nobody manhandles Jacare Souza, not even Romero the first time they squared up. Seriously, how good is this kid? He went from mid-tier welterweight to top 3 middleweight in just two years!

Can we all just anoint the winner of this matchup as the real champ? Because nobody really knows what Michael Bisping is doing. The Brit is injured, wants to fight GSP and isn’t even looking at any of the top contenders in the division. Dude needs to defend his belt against a ranked middleweight already.