There’s a lot at stake for Lee – wins over RDA have become the go-to argument for contenders looking to challenge for the title. Case in point: Colby Covington fought Dos Anjos for the interim title, and now-champion Kamaru Usman got his shot at Tyron Woodley after beating the Brazilian. Lee could immediately vault into the title mix with a win here.

Also on the card is Neil Magny, who is kind of like the gatekeeper of getting to RDA. The veteran has settled in separating the good welterweights from the average ones, and it’s Vicente Luque that’ll be testing himself against the vet. The contest serves as the co-main for the night.

Serving as appetizers is a middleweight prospect bout between Antonio Carlos Junior and Ian Heinisch, along with a high-stakes women’s bantamweight affair between No. 2 Sijara Eubanks and undefeated No. 4 Aspen Ladd.

Maybe it’s not a stacked card, but it’s a good night of fights. Let’s take a look at the UFC odds at BookMaker.eu and break down your betting options. 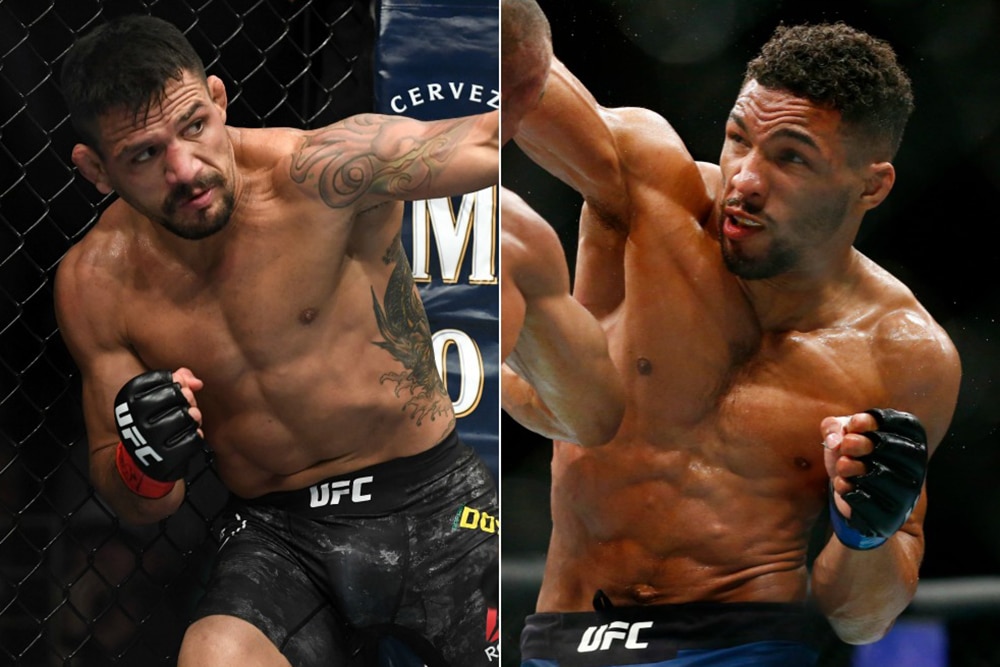 Another Fight, Another Wrestler

After back-to-back losses where he was absolutely suffocated by Colby Covington and Kamaru Usman, RDA gets yet another powerful wrestler in Lee. Given that Lee is was soundly outstruck by Ragin’ Al in his last outing, Dos Anjos will want to keep this fight standing at all costs – despite the fact that he’s a BJJ black belt.

Lee’s cardio has failed him in two of his last three fights, but the assumption here is that it should noticeably improve without such a big weight cut. That’s the key here as this is another five-rounder, and Tony Ferguson and Iaquinta were able to outwork him towards the end. RDA is one of the better-conditioned fighters in the weight class, so if Lee starts to tire this could go quickly downhill.

We should also note that Lee was a massive 155er, and should be the bigger man against Dos Anjos. The Brazilian has solid takedown defense, but he has proven vulnerable against powerful wrestlers, and doesn’t have the tenacity to get back to his feet like Ferguson and Iaquinta did.

This is an excellent price on Lee, who fits the exact mold of the fighters that give Dos Anjos all sorts of trouble. Additionally, RDA is starting to show his age inside the octagon while The Motown Phenom is just hitting his prime. After he gets the first takedown, Lee should start really rolling.

A TUF Brazil 3 winner, Carlos has looked like a brilliant submission specialist in racking up five straight wins – four by way of rear-naked choke. He’s big, strong and athletic – and his only two losses inside the octagon have come against guys with strong wrestling bases. Heinisch fits that description, and is an effectively wild power puncher. Carlos’ questionable cardio should give out trying to force this to the mat, and Heinisch will take advantage.

Ladd has beaten Eubanks once before, and not much has change in the 2 years since. Eubanks is still a submission grappler who relies on strength to overpower opponents, and she wasn’t able to bully Ladd in that decision loss. Now, she’s 34 while Ladd hasn’t even hit her prime yet at 24. Ladd will stuff the takedowns and take control of the striking changes with noticeably higher volume. We don’t think she can really hurt Eubanks, which is why we’re going with her to win by decision.