Man oh man does the UFC want a piece of that massive China market. Of course, that makes it no different from any other sport in the world – but the difference here is that Dana White can sign a bunch of fighters from the region and throw them inside the octagon with his fingers crossed. It’s not like you can do that in the NBA or MLB.

At first glance, this Saturday’s headline title match between women’s strawweight champion Jessica Andrade and Weili Zhang could seem like a blatant, undeserved gimmick to elevate a Chinese fighter on home soil. Because let’s be honest: not even longtime UFC fans really know who Zhang is, and there were plenty of raised eyebrows when it was announced she’d be getting a title shot.

But let’s not completely write off Zhang: she’s 19-0 since losing her pro debut, and that includes three wins inside the octagon. She didn’t just knock off some scrubs either – she carved up former WSOF champ Jessica Aguilar and held her own against elite gatekeeper Tecia Torres to take a decision win.

In fact, the UFC odds at BookMaker.eu opened with Zhang as only moderate underdog, which is surprising given how much more recognized the champ is. And if we’re looking at this matchup in a vacuum, it should be tons of fun as both women earn their wins with their aggression and power punches.

Also on the card is Li Jingliang, who the UFC calls on seemingly every time it goes to China. After Zhang, Li is probably the best fighter to come out of the country – though whether he’ll ever become a contender is still something that’s highly questionable. A matchup with Elizeu Dos Santos should give us better insight into whether it’s possible.

Let’s take a look at the UFC odds at the online sportsbook and break down your best betting options for the night’s main and co-main. Live UFC betting at BookMaker.eu lets you make in-play wagers during the fights if needed. 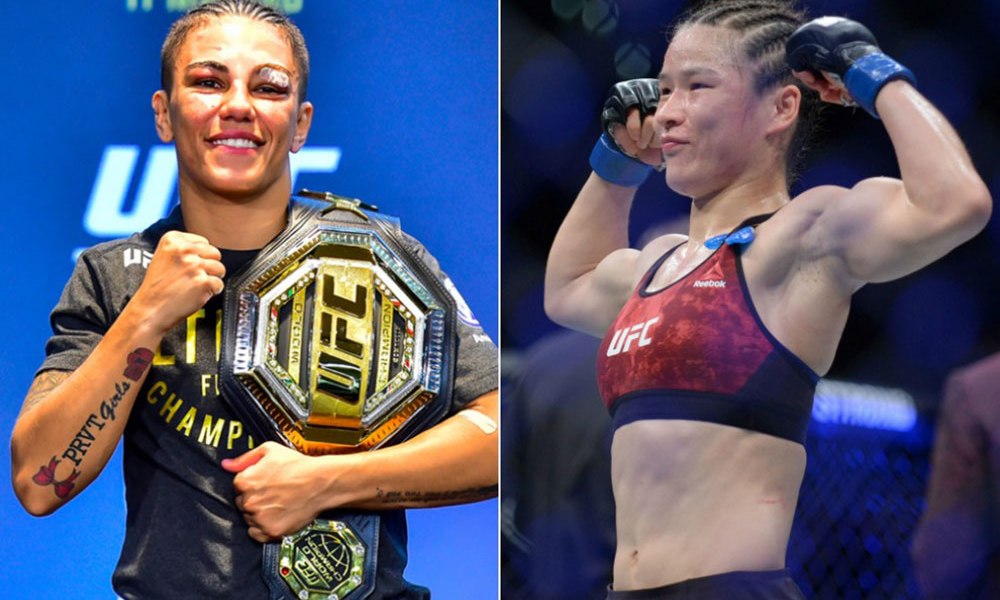 Both Rose Namajunas and Jessica Jedzrejczyk laid out a clear blueprint to beating Andrade: long, fast combination strikes and elusive footwork to avoid getting cornered. What you can’t do against “Bate Estaca” is grapple or trade shots with her – she’s built like a fire hydrant and hits like a tank.

None of this is good news for Zhang, who is similar to the champ in physical attributes and fighting style. Trying to outmuscle Andrade is like challenging Usain Bolt to a race – the Brazilian simply has no peer in the division when it comes to raw strength. While Zhang won’t be bullied, she certainly doesn’t have the type of speed and range to pull off what Rose and J-Check did. We think this is an excellent price on Andrade in a matchup that’s hers to lose.

Victory bets are always a bit risky, and this pick might seem strange since we just spent the last couple paragraphs hyping up how hard Andrade hits. But Zhang is a fighter that’s never been knocked out, and her short, stocky frame should hold up well against Andrade’s incoming fire. 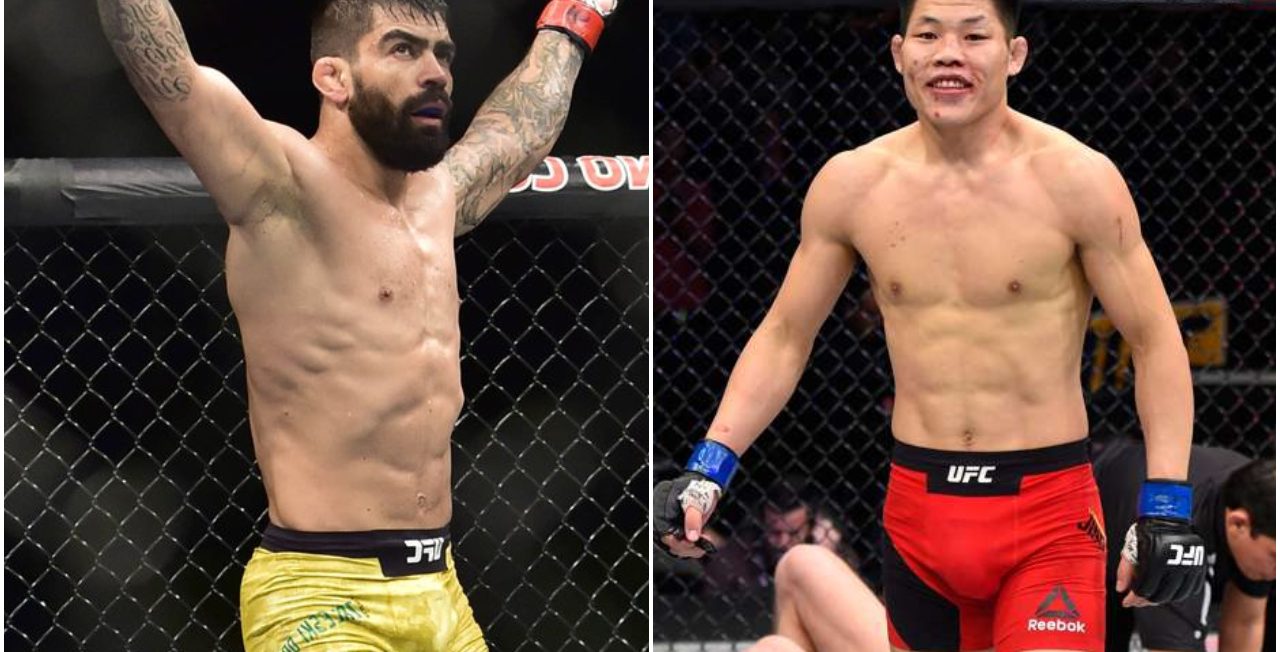 Li has garnered a rep as a dirty fighter, but it’s not completely undeserved – his blatant eye gouging of Jake Matthews was absolutely a classless move. It’s unfortunate, because Li is actually a pretty good fighter despite his questionable tactics. Li was more of a wrestler before signing with the UFC, but he’s developed into a much more aggressive puncher inside the octagon. Let’s give him credit for recognizing the need to become more entertaining in the big show.

A matchup with Dos Santos should be a banger: both dudes love to press forward and start winging bombs. There is nothing flashy about how either of them fight, but watching fighters march forward and land power shots never gets old. When Dos Santos is at his best, he’s melting opponents like he did against Sean Strickland. But his brawling can lead to a lot of struggles – like when he had to grind out tough wins against Lyman Good and Max Griffin.

This fight probably will be much closer to the trench wars with Good and Griffin, but there is a reason that Dos Santos has won seven in a row and has broken into the top 15. Li has power and a chin, but we’re not so sure he has the overall skill to find a place inside the rankings.

Check out the latest UFC on ESPN betting odds for every fight.