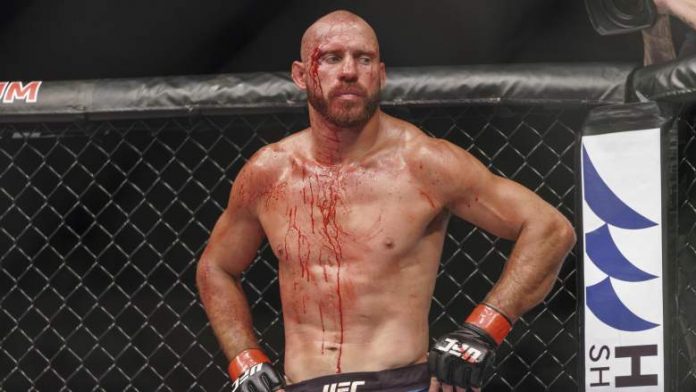 Justin Gaethje hasn’t been in the UFC that long, all five of his octagon appearances have ended in a violent knockout. The caveat is that Gaethje has been on the wrong end of two of them, but the point is that the man is violence personified. Hell, let’s pile on the superlatives and call him a walking Fight of the Year machine – his wars with Michael Johnson, Eddie Alvarez and Dustin Poirier were three consecutive entries for the award.

This Saturday, Gaethje meets Donald Cerrone in the main event of UFC on ESPN+ 16 in Vancouver. This is a matchup that needs no hype, but it should be mentioned that Cowboy holds the UFC record for most post-fight bonuses with 18 (he also has the second most UFC fights with 32). For over 12 years, Cowboy has embodied the “anywhere, anytime” attitude while putting on thrillers since the WEC days. Putting him into a cage with Justin Gaethje guarantees all sorts of bloodshed.

The main event alone is reason to tune in, but Van City is also getting a solid supporting slate: The  light heavyweight matchup between Glover Teixeira and Nikita Krylov looks like another possible banger. Uriah Hall is fighting off irrelevance against Antonio Carlos Jr., but any fight featuring “Prime Time” could end with an electrifying knockout.

Let’s take a look at the UFC odds at BookMaker.eu and break down your betting options in the online sportsbook. Live UFC betting is available for in-play wagers during every fight on the card. 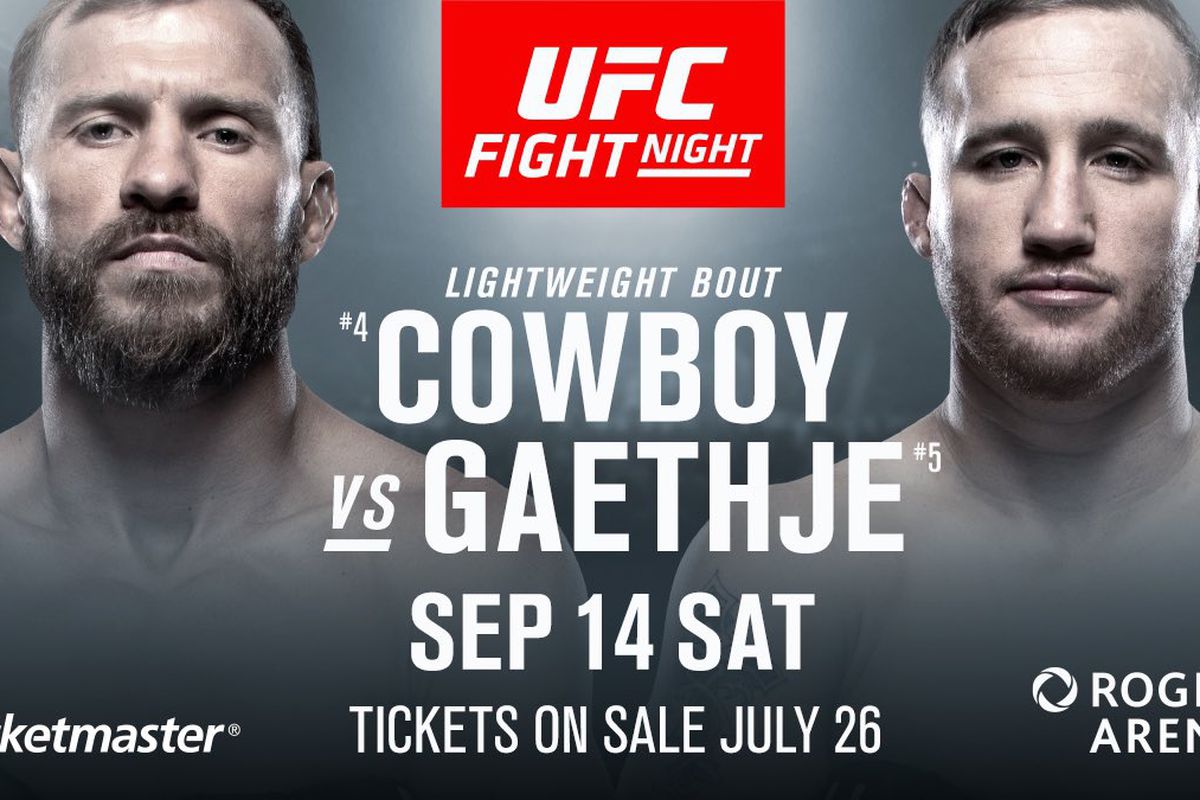 Online oddsmakers opened with Gaethje as a -200 favorite, with Cowboy at +170 on the comeback. Early betting action has moved the line even further in Gaethje’s favor, as his price has gone down 35 points in just a few week’s time.

To be honest, we liked Cowboy at +170, and we’d love him anywhere close to +200. We get why he’s the underdog here: the 36-year old has historically had trouble against aggressive pressure fighters, as proven by Rafael Dos Anjos, Darren Till and Tony Ferguson. By the numbers, Gaethje is as exponentially more aggressive than any of those guys, landing over 8 significant strikes a minute. On top of that, he’s flashed major power with back-to-back knockout wins coming into the matchup.

This seems like a nightmare matchup for Cowboy, but he’s got striking chops to survive the early onslaught and turn this into a dogfight. Gaethje eats more strikes than dishes out, Cerrone’s combinations can force this scrap to devolve into two zombies walking each other down. That’s a 50-50 proposition, and we’ll take the clear underdog underdog. 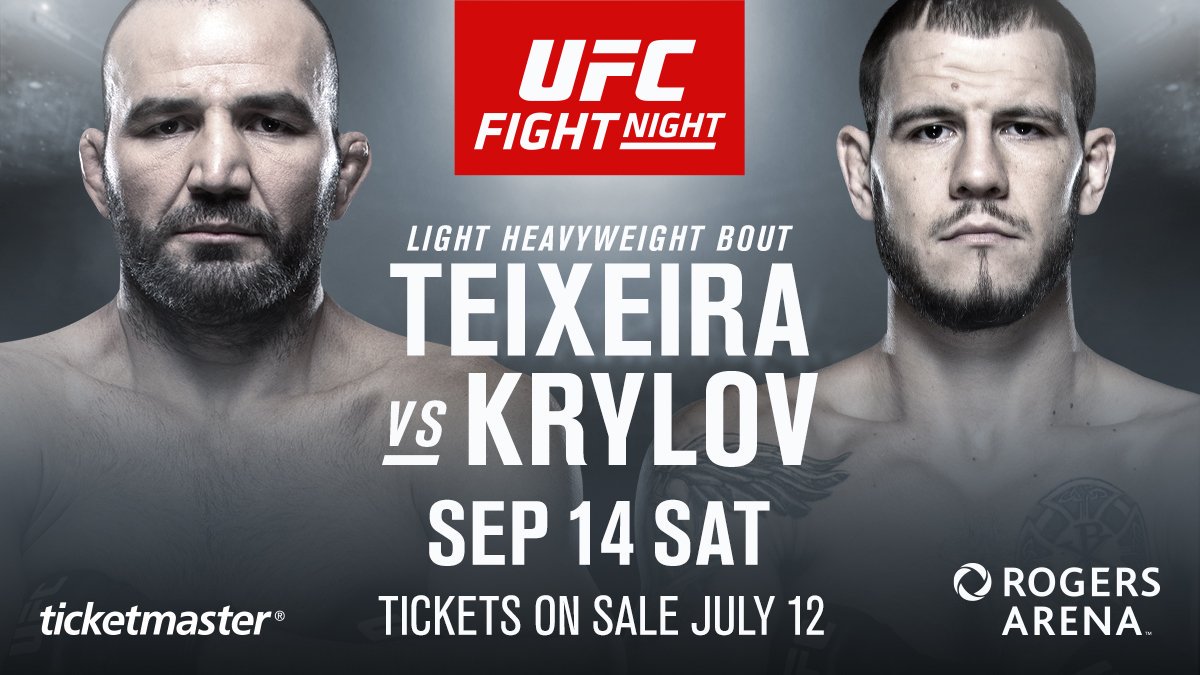 The 27-year old Krylov meets a 39-year old Teixeira in hopes of climbing into the top 10. The age difference is a factor here, but Glover’s decline hasn’t been as sharp as most other fighters his age. In fact, he comes into the matchup with two straight submission victories. While he’s no longer the elite contender he was in his heyday, Teixeira is still one of the tougher, more well-rounded vets at 205. He’s somebody any up-and-comer needs to beat if they want to be a player at light heavyweight.

Krylov’s entertainment value is sky high, but his fight IQ can be startingly low. His offense can be summed up as all chaos, all the time – with little regard for defense or cardio. While that might work for guys like Tony Ferguson, Krylov simply doesn’t have the gas tank to sustain his blitz for more than a round or so. He’s actually blown his wad in one round on a few occasions.

Teixeira is at a point in his career where he can be overwhelmed by young, active fighters – Corey Anderson actually made him look old. That makes this fight against Krylov a dangerous one – except that Teixeira is far too smart and well-rounded to be beaten with such reckless tactics. Plus, he can fall back on his underrated wrestling game if things get too crazy on the feet. 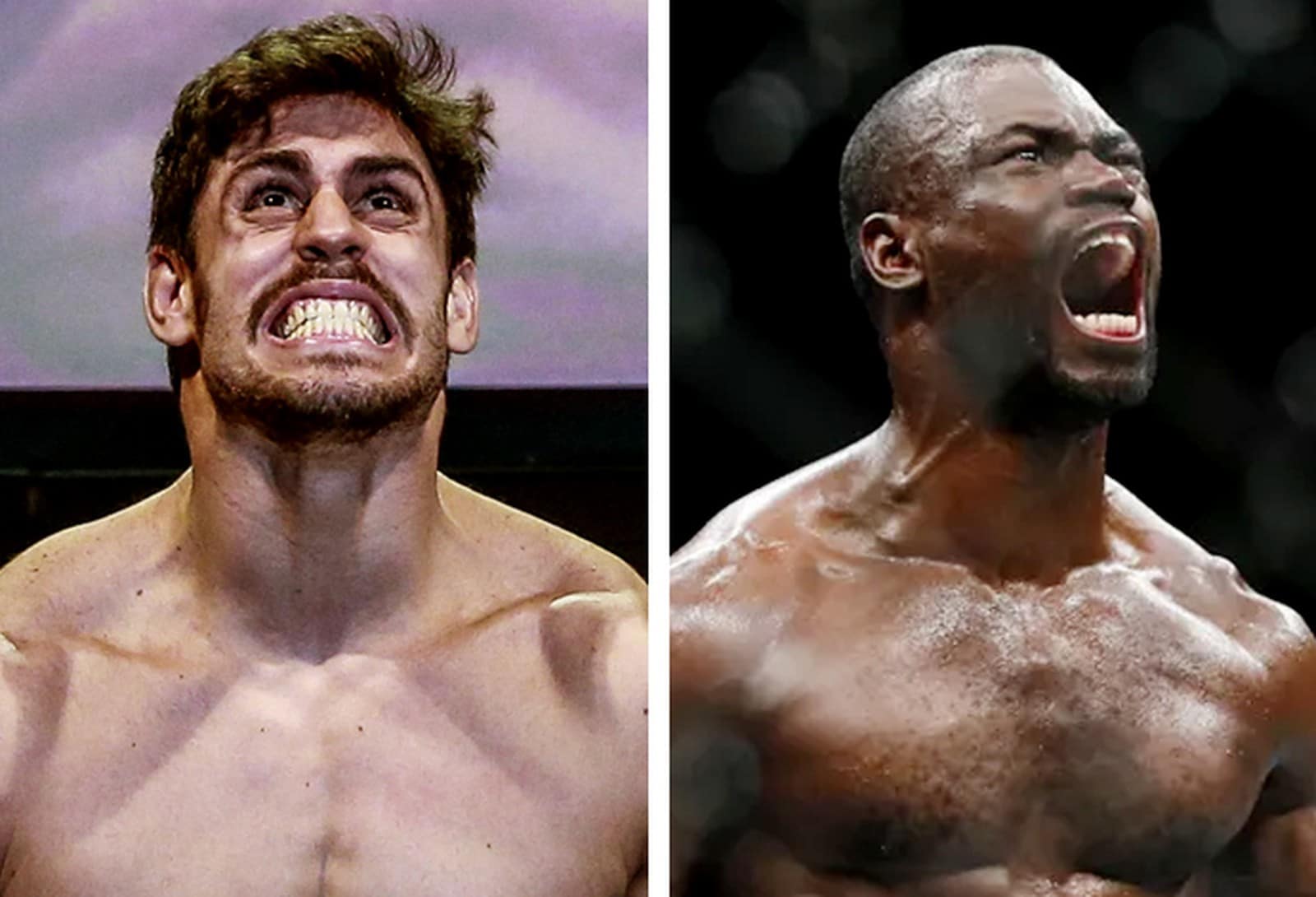 Both Hall and Carlos were the most hyped fighters on their respective TUF seasons, and both have seen their careers stall despite their promise. Hall had plenty of opportunities to become a contender, facing the likes of Robert Whittaker, Paulo Costa, Derek Brunson and Gegard Mousasi, but was never able to win with any sort of consistency. His inability to capitalize on his tantalizing potential even drew disdain from UFC president Dana White.

Still, the man is capable of extraordinary violence in the blink of an eye. Explosive athleticism powers a diverse 8-point striking arsenal – his spinning jump kick to Mousasi’s jaw is always the first example that comes to mind.

As good as Hall is on the feet, Carlos is at least his equal when it comes to grappling. A decorated BJJ practitioner, he’s fully embraced his strengths recently, winning five of his last six – with four of those coming by way of submission. As long as he commits to blanketing his opponent and pulling him to the ground, he should be able to break down Hall and take the win.