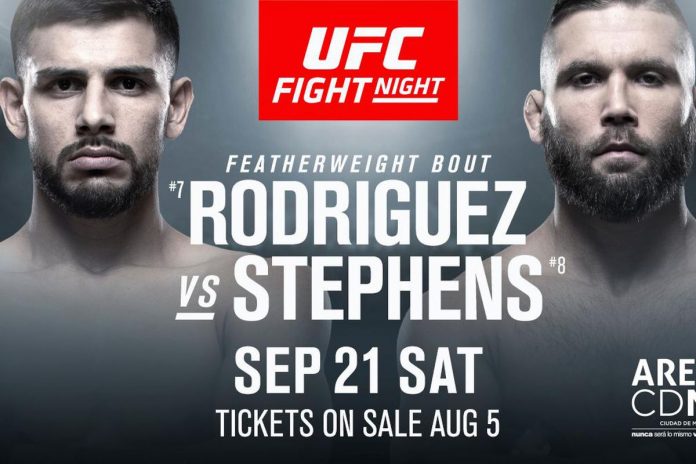 The UFC’s commitment to the Mexican market is no secret. The country is one of the most boxing-crazed nations on the planet, with a long, storied tradition of producing massive boxing stars like Julio Cesar Chavez and Saul “Canelo” Alvarez. Obviously, WME and Dana White is hoping that there’s room for another combat sport in the hearts of boxing fans.

Of course, having native stars would help. Cain Velasquez helped promote the sport as a Mexican-American heavyweight champ, but he hasn’t been a threat for a few years now – he might not even return after starting out a new career as a luchador. Now the UFC is relying on a few up-and-coming prospects to carry the torch in Mexico.

This Saturday, Yair Rodriguez headlines a card in Mexico City, and “Pantera” has the benefit of coming off one of the most spectacular knockouts in UFC history. Refresher: he was well on his way to losing a decision to The Korean Zombie before ducking under a punch and throwing a no-look elbow from his waist. The result? A stone cold knockout in the last second of the last round.

Now, he mets gatekeeper Jeremy Stephens in what could be the 26-year old’s most important fight. While TKZ might have a bigger name, the win does have a somewhat fluky quality to it. Following up by beating an elite gatekeeper would announce Rodriguez’s arrival as a legitimate contender at 145 pounds. Stephens is also one of the most experienced fighters in the division, having fought the likes of Jose Aldo, Renato Moicano, Frankie Edgar, Max Holloway, Donald Cerrone and Anthony Pettis.

Also on the card is Alexa Grasso, a young strawweight prospect who was tabbed as a future Mexican star. While her hype has been quelled a bit, she’s got a big opportunity to become a player at 115 pounds against former champion Carla Esparza.

Let’s take a look at the UFC odds at BookMaker.eu and break down your best online betting options. Live UFC betting at the online sportsbook is also available for any of the night’s fights. 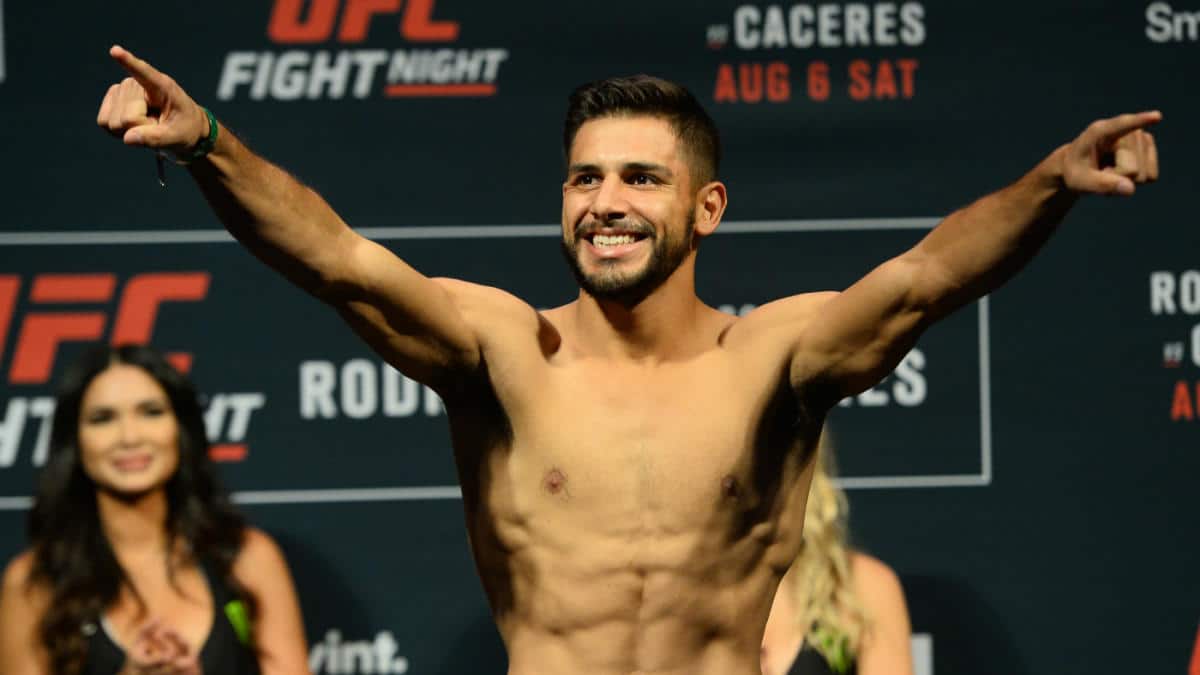 Online oddsmakers opened with Rodriguez as a -125 favorite, with Stephens at -105 on the comeback. The fact that Lil’ Heathen is a negative underdog speaks to how close this matchup looks on paper, as it truly does feel like a tossup in our books.

There are a few advantages for Pantera: he’s fighting at home in Mexico City, and his flashy style should electrify the crowd – something that could sway the judges. He’s an explosive athlete with a diverse arsenal of jumping and spinning attacks, and we’ve seen him maintain his high-octane assault for 25 minutes. Having a good gas tank will be even more crucial considering that this fight takes place in the elevated confines of Mexico City – where the legend of Sea Level Cain was born.

Stephens might be coming into the matchup with two straight losses, but they came against Jose Aldo and Zabit Magomedsharipov – the former champ and a rapidly rising title prospect. Though he’s been around forever, he’s still just 33 and in the tail end of his physical prime. No longer just a fun brawler, Stephens has developed into a patient, technical striker who picks his stand-and-trade spots selectively.

At the current price, we think Rodriguez is an excellent value. His long-range striking will give him the ability to land more strikes, and his unpredictable style is a good foil against Stephens’ traditional kickboxing. 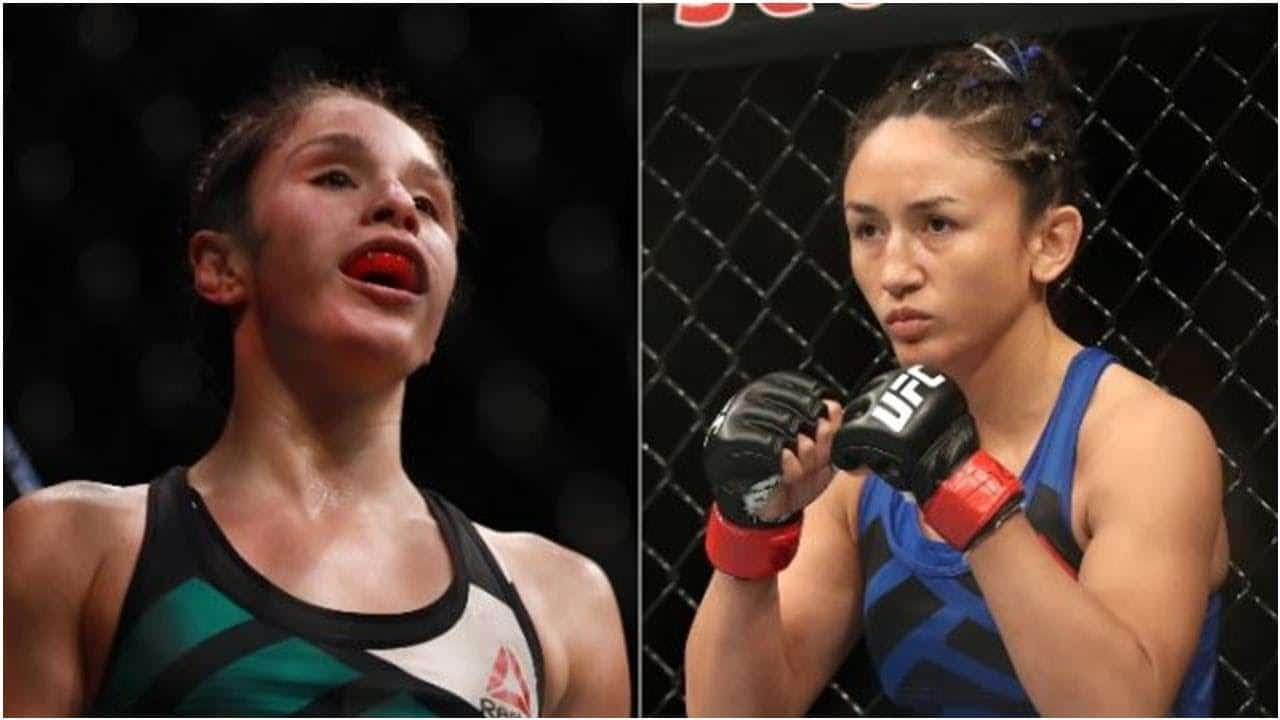 Buy: Grasso to win at

A smooth boxer by nature, Grasso will get the wrestling test from Carla Esparza. Grasso failed an earlier wrestler test when she was steamrolled by Tatiana Suarez, but luckily for her Esparza is nowhere near as powerful or technical. Still, Esparza’s dogged determination to land takedowns could prove troubling for Grasso, who needs range to establish her striking game. If she can keep the fight upright, she should have little trouble picking apart her opponent, whose has yet to develop a decent striking arsenal.

We lean on Grasso here because of her success against Randa Markos, a fighter similar to Esparza in many ways. As a young, athletic 26-year old, Grasso will prove difficult for her slower opponent to take down – and it won’t be easy to keep her there either. While Grasso doesn’t have the type of fight-changing power to make Esparza really pay for her takedown attempts, she should be able to consistently defend against them.

This is probably the safest pick, as there’s a good chance that Esparza just locks up with Grasso and controls most of the fight. Neither woman are finishers, so expect this to go to the scorecards.

Keep an eye on this one as the first round should dictate where this goes. If Esparza lands early takedowns and establishes top control, it’ll be a downhill fight from there. But if Grasso’s sprawl proves effective, Esparza will be relegated to desperation shots for the fight. Also, if one fighter starts to gas – which is very possible in Mexico City – we’d go big on the fresher girl.