Home Latest News UFC on ESPN 3 Odds – An Alligator, an NFL All-Pro and... 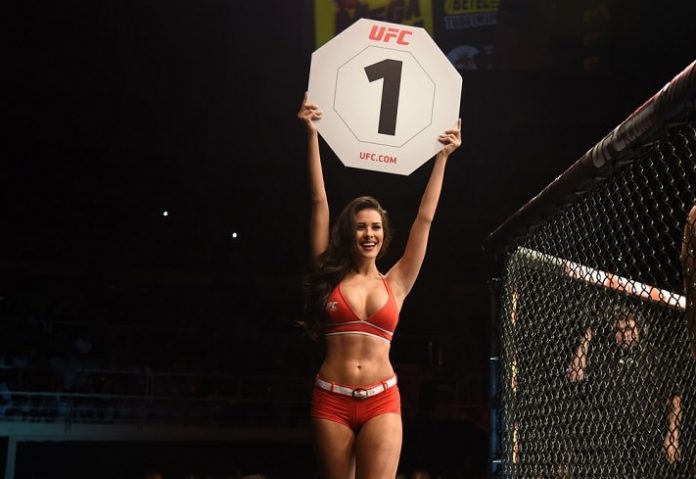 You’ve got to feel a bit for Ronaldo “Jacare” Souza (FYI his nickname is Portuguese for “alligator”). A perennial top contender, the Brazilian has done his part to earn a shot at the middleweight title more than once. But each time, he’s missed out – for reasons like contentious split decision losses to flashier guys leapfrogging him.

Had he faced Yoel Romero in this Saturday’s UFC on ESPN 3 main event like originally scheduled and won, he’d once again have a concrete case for next after a unification bout between Israel Adesanya and Robert Whittaker. But with Romero pulling out due to injury, Jacare now gets a high-risk, low-reward matchup in Jack Hermansson.

Hermansson is fresh off an eye-opening upset over former WSOF champion David Branch – his third straight win by finish. That brings his UFC record to 6-2, and now he’s got the opportunity to vault into the contender tier. All he’s got to do is beat one of the most decorated grapplers ever to compete in MMA. No biggie.

Also on the card is former NFL All-Pro Greg Hardy, whose UFC debut could not have gone any worse. Not only did he DQ himself with a blatantly illegal knee, his lack of…well, everything…was badly exposed by a no-name in Allen Crowder. Does he make any progress in his second bout?

Two other bouts we need to cover: a welterweight scrap between “Cowboy” Oliveira and Mike Perry, and a light heavyweight tilt between Glover Teixeira and Ion “Hulk” Cutelaba.

Let’s jump right into the UFC odds at BookMaker.eu and break down your best betting options. 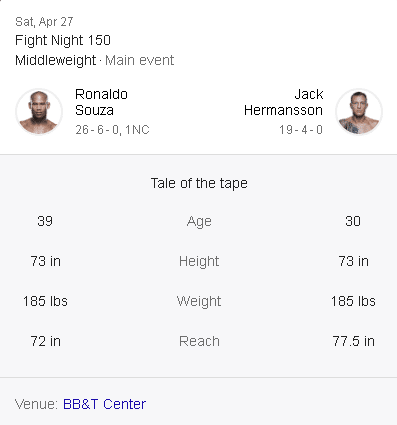 Can Jacare Clamp Down on the Swede?

The fact that Hermansson isn’t a bigger underdog is a bit surprising – considering that he’s coming in on short notice and his opponent is an established contender. Could he be better than we thought? I mean, he was one of Europe’s best middleweights before entering the UFC, but he got mauled by Cezar Ferreira in his second promotional appearance suggested he wouldn’t be much more than a fun fighter.

Instead, he’s evolved into a ground-and-pound specialist with legit power. That’s cool and all, but he’s taking a massive step up in competition, and Souza really isn’t a guy that you want to roll with. Honestly, a casual fan might look at this pairing and think this is just a stay-busy fight for the Brazilian.

But here’s the rub: Jacare is 39 years old. Yes, he’s still competing at a high level, but he’s lost a step when he wasn’t even that quick to begin with. Young, fast dudes like Whittaker and Gastelum had him in all sorts of trouble. Because Souza isn’t a high-output fighter, he’s become more reliant on power punching and takedowns to get wins. That’s not gonna be easy against the active Hermansson.

Tough call here, and we wouldn’t blame you for passing on this. But Hermansson isn’t a big enough ‘dog to lean on here, and Jacare’s most recent win over Chris Weidman is proof that he’s still got a lot left to offer. It’s a fair price for a guy whose beat a better level of competition. 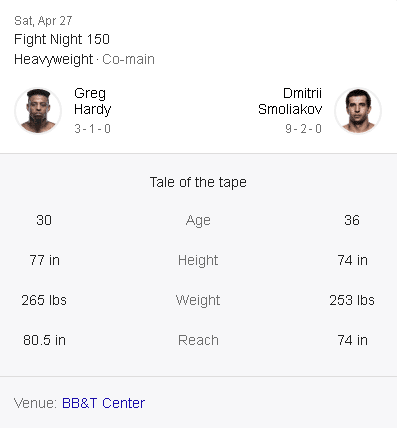 4th and Long for Hardy

It wasn’t that long ago when a UFC heavyweight could get pretty far just with raw, explosive athleticism. Unfortunately for Hardy, that’s not the case anymore. Unless a guy comes from a wrestling background, you simply can’t trust a guy just because he can punch really, really hard. While his athleticism is off the chart, the Crowder loss proved that there’s a big difference between trucking fools in DWTNCS and fighting even low-level UFC caliber big men.

Dana White admitted that he Hardy needed to be brought along slowly, which means dialing down his competition. We don’t know that much about Smoliakov, but the guy was an 8-0 prospect when the UFC signed him, with all of those victories coming in the first round. Of course, this was a big fish-little pond situation, but you can say the same thing about Hardy. And like Hardy, the minute the Russian stepped into the octagon against low-level heavyweights he got torched.

There are some parallels to the Crowder upset here. Smoliakov is more experienced than Hardy in terms of fight time, and we know for sure that he’s been training MMA a lot longer. At this price, we’ll shoot our shot on the Hardy’s inexperience rearing its ugly head – again. Just pray that Smoliakov survives the early onslaught.

Glover Teixeira might be 40 years old, but this is a good style matchup for him. Cutelaba is a one-dimensional headhunter, and Glover’s excellent technical boxing and underrated wrestling is the perfect foil. It should be noted that Teixeira opened around +170, but the early action has moved him into the chalk. Even at this price, we still think he’s a solid play.

Speaking of one-dimensional knockout artists, Mike Perry has been badly exposed by much more dynamic strikers. Oliveira is big, long and has a much bigger kickboxing arsenal than “Platinum”. However, his straight up win price is too expensive for our taste, so we’ll go with the TKO prop. Both Perry and Oliveira are extremely aggressive, which should lead to an early finish.