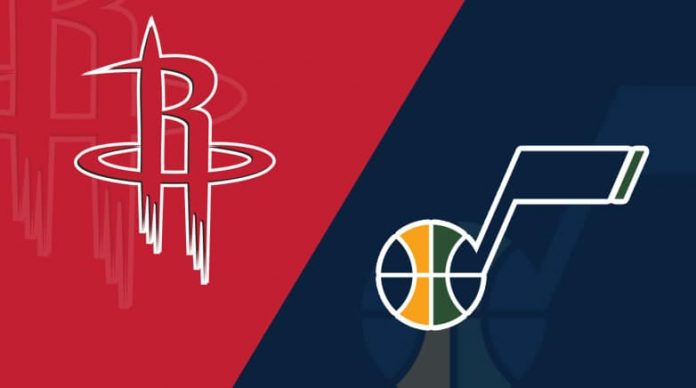 The Houston Rockets have turned it on in the postseason, as they have dominated their first-round series against the Utah Jazz and will be going for the sweep next time out. Utah is at home and wants to avoid the indignity of losing four consecutive games, but the idea of winning this series is nearly impossible at this point.

The Jazz were listed as favorites in Game 3 despite losing the first two in blowout fashion, but Houston was again able to win. Utah is at home once again in Game 4 but this time the oddsmakers have flipped it and believe the Rockets will close out the series.

The oddsmakers believe the arena won’t be as electric and the Rockets may be smelling blood in this one with the spread moving in Houston’s favor. The Rockets have covered in every game of this series and will aim to do so again to close out the sweep. Houston is the 2.5-point favorite on the spread and is the -140 favorite on the moneyline. Utah is listed at +120 to pull off the slight upset.

The scoring total is listed at 213 points for this game, with the “over” getting the majority of the early money.

The third game of this series was close throughout. Utah held a five-point lead at halftime but the Rockets whittled away at it and eventually grabbed the lead in the fourth quarter. James Harden hit a couple of big three-pointers down the stretch and Utah’s Donovan Mitchell missed a wide open three-pointer with a few seconds remaining that would have tied the game.

Houston won the game by a score of 104-101 as the “under” was the correct choice in this one. Mitchell finished with a game-high 34 points but shot just 9-of-27 from the floor. The Rockets had nice balance, as all five starters scored in double figures.

Harden missed 15 shots in a row to begin the game. Despite his issues, the Rockets were able to remain close to the Jazz. Harden turned it on in the fourth quarter and despite the shooting woes, still finished the contest with 22 points, 10 assists and six steals.

Utah can’t count on Harden struggling this badly in Game 4, as it missed a golden chance to win and make this a competitive series. Instead, the Jazz are on the ropes.

The Rockets have been great in this series, but the oddsmakers have overreacted. Look for Utah to save face one time at home and come away with not only a cover but also the upset victory. The Jazz is the right choice on the moneyline as the gulf in talent level between these teams is not as big as we have seen through the first three games.

The Rockets are not going to have much trouble winning this series but Utah will hang around for a few more days with an upset win in Game 4.