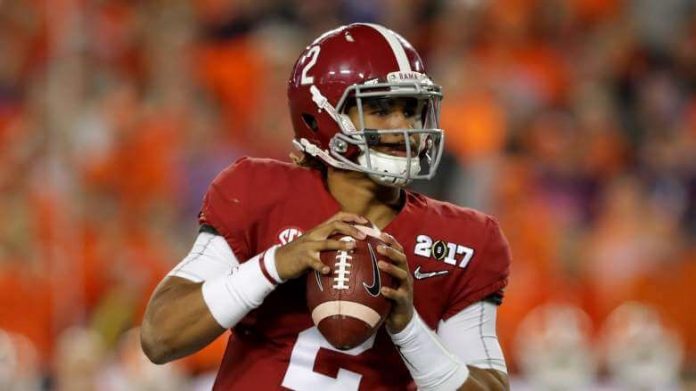 Bettors tend to have a bit of a leg up on the books when it comes to Week 1 of the college football season. Those on the ground know more about their teams than the oddsmakers do, and that’s why there are always massive line movements from the time these lines initially open through to the time the games actually kick off.

A lot of these line movements make sense for sure. The Ole Miss/South Alabama game is begging to be a trap, for example. The Rebels really have nothing to play for this year because of their self-imposed postseason ban for all of the Hugh Freeze drama. They weren’t very good last year as it was and have committed to building for the future by playing the mass majority of their younger stars in place of their veterans who won’t be around to help the program when it can become relevant once again. Bettors have pounced on that and pushed a South Alabama team that should have upset Mississippi State last season from +26.5 to +23.5.

Another game that makes a boatload of sense to see line movement is the Navy/FAU game. Florida Atlantic made the splashiest hire of the offseason when it picked up Lane Kiffin from Alabama. Bettors knew that from the moment the Owls got their man, but what they didn’t know at the time was that De’Andre Johnson was going to be in Boca Raton by the time this game kicks off against the Middies.

Johnson was a five-star recruit to Florida State a few years ago, and he’s now with Kiffin at Florida Atlantic as a JUCO transfer. He’s clearly the most talented of the three quarterbacks of the Owls’ roster, and if he plays, many will believe that the hosts have a shot at this upset. Just keep in mind that there are a slew of bets on Florida Atlantic merely out of the interest that comes with Kiffin coaching at such a small school after being the offensive coordinator at Alabama for a few years under the great Nick Saban.

Not all of the line moves make all the sense in the world. On Friday night, Rutgers is set to host Washington in a rematch of last year’s squash match in Seattle that ended up being the start of U-Dub’s College Football Playoff season. The Scarlet Knights were nowhere near the Huskies in that game, and it’s hard to imagine that they can get their act together in this one either, even back at home.

Washington still has a Heisman Trophy candidate at quarterback and a defense that might have three or four NFL players on it. Chris Petersen has amassed the talent at U-Dub that should be able to post big wins over a number of lesser teams on the schedule.

When you see a line movement like this one, though, you have to step back and wonder what’s going on. If bettors have pushed the Scarlet Knights to +27 from +31 without much in the way of justification, that’s probably the side to be considering. Laying four touchdowns on the road this early in the season is never a good idea.