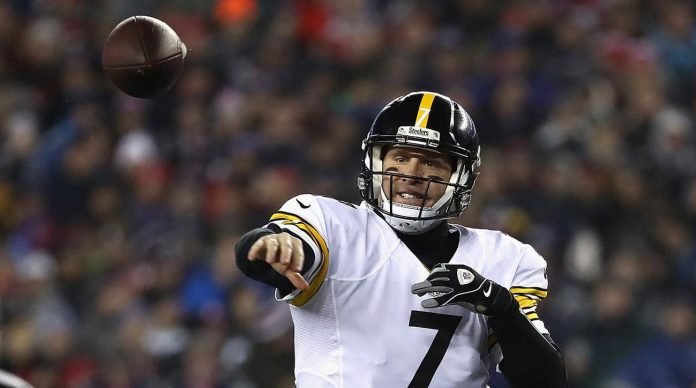 The Pittsburgh Steelers have been the picture of consistency over the course of the entirety of the Ben Roethlisberger era. They’ve never finished under .500, and they’ve made the playoffs in 10 of the last 15 seasons, including reaching three Super Bowls and winning two of them. But asking them to win 11 games this season feels like quite a reach even though that’s the mark they hit last season.

There’s no doubting the fact that Pittsburgh has an excellent fantasy football team. When healthy, Ben Roethlisberger is one of the 10 best quarterback options, and both Le’Veon Bell and Antonio Brown are amongst the top 10 picks in your fantasy draft. It’s just too bad that the NFL isn’t a fantasy football league.

The Steelers will score plenty of points for sure, but when push comes to shove, can they stop enough teams to get the job done? They did rank No. 12 in the NFL last year in total defense and No. 10 in scoring, but they also allowed at least 30 points four times last year, including in the AFC Championship Game against the Patriots.

Lawrence Timmons has moved on in free agency, and that’s going to put a lot of pressure on a relatively young set of linebackers. First round selections, Ryan Shazier (2014), Bud Dupree (2015) and T.J. Watt (2017) are going to be asked to play huge roles for this defense, and we aren’t so sure they’re ready to take over this core alone.

But the biggest concern is that the Steelers are one hit to Big Ben away from Landry Jones being asked to guide them to an 11-win season. Jones is what he is: A viable backup, but not a man who is going to be asked to do anything more but hand the ball off to Bell 30 times per game if he’s forced into playing.

The Steelers are going to be favored in most of their games this season, but there are a slew of tossup games that easily could end up in the loss column. Pittsburgh has to play 10 games against teams that finished at least .500 last season, and that doesn’t even include the two games against a Cincinnati Bengals outfit that should be much better this year than in 2016. Outside of the two games against the Browns, the duel at home against Jacksonville and the roadie in Chicago, there isn’t a certain ‘W’ in the fold in spite of the fact that more games than not will surely be won. Even that last game against the Browns at home comes in Week 17, and that might not being a game the Steelers need.

All told, we have to remember that we have to take all the jerseys off these guys and match them up game after game. We’re asking the Steelers to lose six games this year and suspect they’ll ultimately do so. That doesn’t mean they won’t ultimately get into the playoffs or won’t contend for the Super Bowl. We just don’t trust that they’ll be as good as they were last season when Father Time is clearly starting to catch up with this roster.