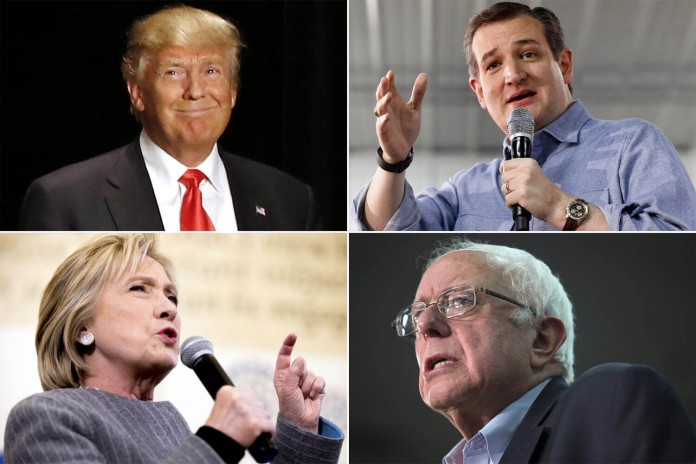 After decisive wins by Democratic Senator Bernie Sanders and Republican Donald Trump in New Hampshire, online bookmakers were quick to adjust their US Presidential Election odds. Sanders’ odds of becoming the US President went from +1215 back in January to +650 today, a noticeable improvement of over 50 percent. While Donald Trump’s odds of becoming US President  went from +666 (insert joke here) back in January to +450 today, an improvement of over 30 percent.

The two GOP governors who surprised many in New Hampshire — Ohio’s John Kasich, who came in second, and former Florida Governor Jeb Bush, who placed fourth — caused the biggest adjustments to bookmakers’ odds. Kasich’s odds of becoming US President went from a long shot +14913 back in January to only +3000 today. That’s an improvement of almost 80 percent. While Bush’s odds also improved going from +1944 back in January to +1300 today, an improvement of  33 percent.

February Political Betting Update: Who not to Bet on

Texas Sen. Ted Cruz — the winner in last week’s Iowa caucuses — was third in the GOP primary with 11.7 percent. As a result, his odds of becoming US President, according to the top betting sites, went from +819 back in January to +1400 today, a drop of over 70 percent. Florida Sen. Marco Rubio came in fifth, with 10.5 percent, and bookmakers adjusted his odds from +558 to +800, a drop of over 40 percent.

On the other side, Sanders defeated Clinton by the widest margin in the history of New Hampshire primaries, garnering 60 percent compared to her 34.2 percent. This resulted in the best betting websites dropping her odds of becoming US President from -175 back in January to -135 today, a drop of almost 23 percent. Clinton, however, remains the favorite by bookmakers.

See the latest odds below, courtesy of Bookmaker.eu:

According to the top bookmakers, the 2016 US Presidential Election Winning Party will be the Democrats, who are the favorite at -159, but that’s down from -177 back in January – a drop of over 10 percent.