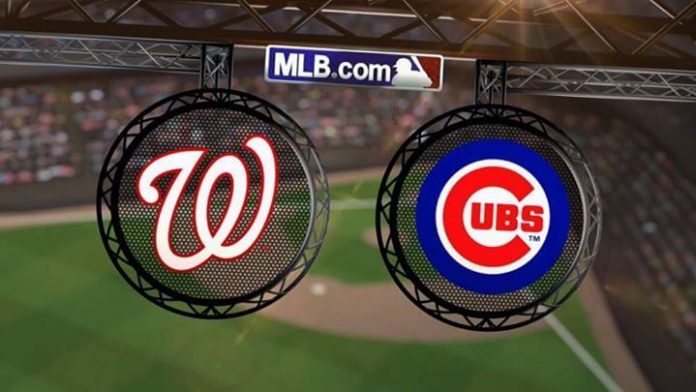 Many inside the Washington Nationals clubhouse feel they still have a chance at winning the NL East. They are within striking distance of the top spot thanks to winning 10 of their last 15 games, but time is running out. Their position in the standings isn’t what most expected and their inconsistent play has been puzzling. A run to the division title in the last two months of the season would make everyone forget the rough stretch, but if the Nats haven’t figured it out by now it’s going to be too late.

The Chicago Cubs have had their own issues with consistency lately and will look to get ace John Lester back on track when he confronts Tanner Roark in the middle of a three-game weekend set on Saturday. Lester has allowed 18 runs and is 0-2 in four starts since the All-Star break. With a chance to gain separation in the NL Central, the Cubs went 4-3 in games against cellar-dwellers Kansas City and San Diego.

Winners in seven of their last 10 games and 10 of 15 entering the series, the Nationals aren’t going down without a fight. The trade deadline came and went and the Nats held tight, thinking a resurgence was around the corner. This could be it and the Nats need to maintain their recent strong play with time running out.

The Nats are hopeful Bryce Harper can return to action after taking a pitch to the leg on Wednesday and sitting out Thursday’s win over the Braves, which gave them a split of their four-game series and ended a two-game slide. Harper is hitting .339 with five home runs and 17 RBIs since the All-Star break raising his batting average 20 points. Roark has been just as solid on the hill since the break, going at least 7.0 innings and winning each of his last three starts with just two runs allowed.

For a club with World Series aspirations, the past week was a bit frustrating for the Cubbies. Hoping to extend their lead in the Central by playing a pair of last place teams, the Cubs split a four-game set with San Diego last weekend and took two of three in Kansas City. They enter this series off a humbling 9-0 loss to the Royals on Wednesday getting just three singles off a trio of hurlers.

It was a rare occurrence for the Cubs, who were blanked for the first time in a span of 45 games. They average just under five runs per game this season to place fifth, and their .266 team batting average is good for second in the Majors. While the staff ERA is strong, there have been some concerns about the starters recently, prompting a move to acquire Cole Hamels. Lester has been an enigma since the break with an 8.53 ERA in four starts. The Nats are 12-19 against lefties, so they could be his elixir.

The All-Star break was just what Tanner Roark ( 6-12, 4.21 ERA ) needed to find a groove. The righty was 3-12 with a 4.87 ERA prior to the break, but he’s been stellar in three starts since. He tossed 8.0 innings of shutout ball with 11 strikeouts in his first post break start and allowed just one earned over 7.0 frames of his last two. He’s doubled his season win total in those outings by pitching to a 0.81 ERA with 20 whiffs and just one walk over 22 innings. Roark is 1-0 with a1.46 ERA covering his past two starts against the Cubs.

It’s been just the opposite for Jon Lester ( 12-4, 3.44 ERA ), who was a Cy Young candidate in the first half of the season with a 12-2 record and 2.58 ERA. His post break struggles continued when he allowed five runs and two homers in 5.0 innings against San Diego in his last outing. Since the break, Lester has allowed 18 runs and 26 hits, including five home runs, over 19.0 innings.

Roark has been on fire since the All-Star break and he’s owned the Cubs over his last two starts, which leads us to think the Nats have the edge in this one. But don’t give up on Lester after a couple of rocky outings. The veteran can pitch and he will find a way out this slump. The Nats are finally playing with a sense of urgency and it’s resulted in their best stretch of baseball this season. They need to continue winning to have any hope of catching the Phils and Braves and they haven’t given up yet. Go with the visitors and look for the teams to play below the total.

Nationals vs Cubs Pick: Nationals and the Under

Check out the latest MLB betting odds for today’s games.