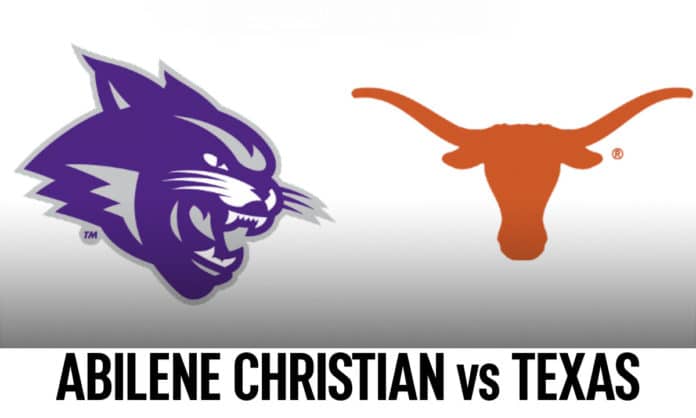 The eyes of Texas will be all over this first-round NCAA Tournament matchup between the Abilene Christian Wildcats and Texas Longhorns. Fresh off their first Big 12 tournament championship, the Horns are riding high as a No. 3 seed and face an ACU club that won 23 games overall. The Wildcats dominated top-seed Nicholls to win the Southland Conference tournament title, their fourth straight victory and 12th in the last 13 games. They are facing a much tougher opponent than they saw week to week in their league, but oddsmakers kept the line at a single digit with UT hitting the board at -9.

This NCAA Tournament game will air live on truTV at 9:50 p.m. ET on Saturday, March 20, 2021 from Lucas Oil Stadium in Indianapolis, IN.

Few mid-major conferences and fewer mid-major programs get respect around Tournament time. While the conference bias isn’t as prevalent in basketball as it is in football, it still exists. The Southland Conference is a one-team league so the importance is winning the conference tournament. ACU did that in a big way smothering Nicholls 79-45 to win the automatic bid. The Wildcats won both tournament games by an average margin of 28 points and outscored opponents by an average of 16 points during the regular season. They won their last four games going 4-0 ATS and were 12-1 SU and 10-3 ATS in their last 13 games. They played only one ranked team this season covering the 14-point spread in a 51-44 loss to Texas Tech in early December. Overall ACU is 23-4 SU and 17-6 ATS.

It wasn’t that long ago Shaka Smart was on the hot seat in Austin. He silenced doubters with a marvelous season in the ultra competitive Big 12, and won the school’s first conference tournament title by taking down Oklahoma State 91-86 in the championship game. They got some help from Kansas, which withdrew from the tourney due to a positive COVID test ahead of the semifinal matchup. Still, they got past a couple of ranked opponents and have seven wins over teams in the AP top-25 at the time of the game this season. The Longhorns enter the NCAA Tournament with an overall record of 19-7 SU and 12-13-1 ATS.

This is a team that can’t be overlooked. The Wildcats play tremendous defense allowing only 60.5 points per game and they rank No. 1 in opponent turnover percentage. The defense was stellar in the loss to Texas Tech and the Wildcats were within one point late in the game, but were never able to take the lead.

ACU takes the team concept to another level with eight players averaging over 15 minutes of run time and all of them scoring at least 6.1 points per outing. Kolton Kohl scored 20 in the semifinal win over Lamar and leads the team with 12.3 points per game. “This group has been special from the start. We have dudes that work hard. They let us coach them really hard and we love them harder off the floor. We’ve got something unique going here and it’s a lot of fun to be a part of,” coach Joe Golding said.

Texas will probably win this game just based on their talent. Against Oklahoma State they showed they can win in different ways. Matched up with Cade Cunningham, the Horns figured to be in for an offensive battle, and it turned out that way. After allowing just 65.5 points in the previous four games, the Horns gave up 86. They dialed up the pressure on offense by scoring 91 with Matt Coleman going for 30 and Jericho Sims adding 21 points and 14 rebounds.

It’s been a roller coaster ride for the Horns, who opened the campaign with 10 wins in 11 games. They then suffered through a 4-6 SU and 1-8-1 ATS stretch in the middle of the season before finishing with a flurry. They are on a 5-0 SU and ATS run entering the first-round matchup. The three guard lineup featuring Coleman, leading scorer Andrew Jones and Courtney Ramey will make life difficult for the Wildcats.

It’s easy to root for the underdog during the Tournament. But the reality is that the Longhorns have too much talent for the Wildcats to contend with. I do think this will be closer than most expect, but the Horns will pull away in the second half. Sims is a beast down low and will be a matchup nightmare. And the three guard attack will frustrate ACU on the defensive end. I want to take the points, but I just can’t given the Horns’ recent play.