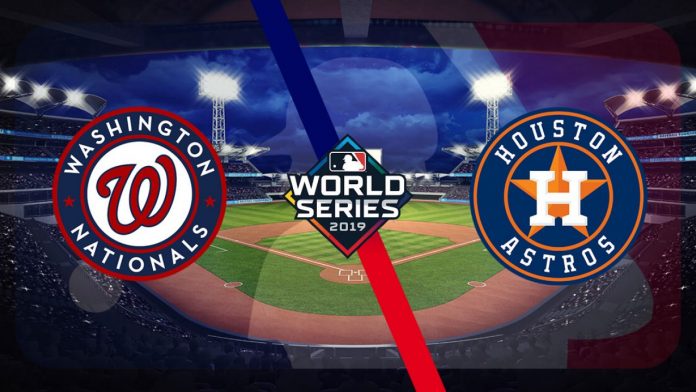 A lot of us find it amusing that the very same season after Bryce Harper’s departer, is the year that the Washington Nationals climb their way to the pinnacle of baseball; the Fall Classic.

The Nationals were not expected –by anyone outside of Virginia– to make it this far. And  online sportsbooks have listed the Houston Astros as the biggest World Series favorites in 11 years.

The Houston Astros are -213 favorites to win the series which puts their implied probability to win it all at nearly 70 percent –68.05 to be exact. The Game 1 odds are similar, with the Stros listed at -193.

Let’s have a look at these two teams.

Baseball is a Stats Sport

You might be surprised to learn that the Washington Nationals are not that much worse than the Astros from a statistical standpoint. They score 5.34 runs per game, which is just a smidge less than the Astros 5.55, good for No. 6 and No. 4 in the league respectively. They also have the 8th best hits stat in the league at 8.95 per game, again, less than half a point difference. The Astros are the No. 3 ranked hitting team at 9.34. Where Houston really excels is walks and strikeouts where they are No. 1 in both categories. The Stros average 3.94 walks per game and just 7.34 strikeouts. But the Nationals are not too shabby either at No. 9 and No. 4 with 3.58 walks per game and 8.15 strikeouts.

But what about for Game 1?

When the Nattie’s are on the road, their numbers drop a bit. 5.07 runs per game and 8.78 hits with 3.48 walks and 8.5 strikeouts. Houston, on the other hand, improves at home. Their scoring improves to 5.90 per game on 9.48 hits. Batters walk an average of 3.88 times per game in Minute Made Park and they only strike out 7.29 times per game. They are the second-best home team in the league in all of those stats except walks, where they rank 3rd.

The Washington Nationals are not only on a massive run right now, but they hold a huge series advantage over the Houston Astros. In the last eleven times these two teams have met, the Nationals have beaten the Astros on ten occasions. They have won by an average of 4.5 to 3.1 over the last ten meetings. Even in the last three most recent meetings, the Natties hold a 2-1 advantage. That said, they haven’t met since 2017.

Although it’s been a while, this massive line separation at the sportsbooks and in Las Vegas feels like a trap. The Nats have won six straight and are fired up. They are in a prime position to get a huge upset World Series win. If they take Game 1, I think they’ll take this series. Now it looks like we’ll have Max Scherzer facing Gerrit Cole on Tuesday.

Scherzer is 11 and 7 with a 2.92 ERA and 1.03 WHIP this season. Meanwhile, Cole is on fire with a 20-win season and riding a 2.50 ERA and .89 WHIP. Both of these pitchers xFIP are right on target with their ERAs so there are no immediate signs of regression.

Game 1 is going to be a dog-fight … and so is this entire series.