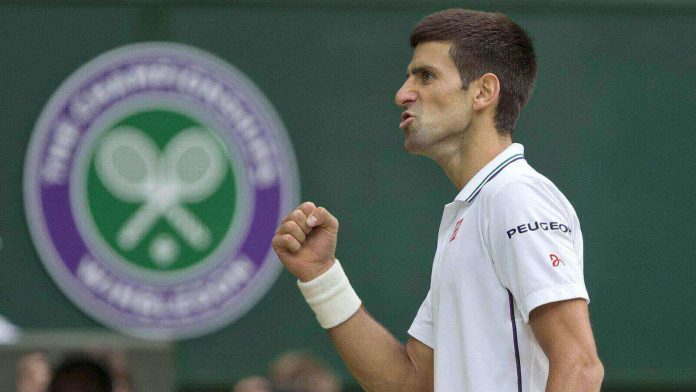 Novak Djokovic finally got over the hump and finished the career Grand Slam by winning the French Open at Roland Garros. With that hurdle cleared, there’s a legitimate chance he could win the calendar year Grand Slam. He’s the odds-on favorite on the tennis betting odds for Wimbledon 2016 as we turn our attention to the third major of the year.

Djokovic is just playing out of his mind at this point in his career, and it would be a true shock if he didn’t ultimately win Wimbledon as well. Murray will have the “home court advantage,” but he’s been here and done this against Djokovic before. The likelihood anything changes at the All-England Club from what the general norm has been in small in this Djokovic-dominant era of men’s tennis.

If there’s a man who can buck the trend though, it’s Federer. We’ll of course have to see if Federer manages to get healthy in time for Wimbledon, but if he does, this could be his last hurrah. His body is starting to fail him, and if he’s got one more Grand Slam title in him, this would be where it would come.

Matches still seem really easy for Federer up until he reaches the semifinals of events, and that alone still gives him some value. He’s won Wimbledon seven times and was a finalist in each of the last two years. If we knew he’d get there again this year, we’d find great value in him with 6 to 1 Wimbledon odds and would much rather back him than Murray against Djokovic.

Women’s tennis odds are starting to get a lot more interesting. It’s not that Williams is truly any less dominant now than she was in the past, but she’s losing finals now, and that’s a scary proposition for her going forward.

What makes the women’s side of the 2016 Wimbledon draw so tough to handicap is the fact that the women who are succeeding around Williams aren’t consistent.

Angelique Kerber, who won the Australian Open, was knocked out of the French Open in the first round, and she has only been out of the third round of a major once since 2014 at Wimbledon. Garbine Muguruza, who won the French Open, was a finalist at Wimbledon last year, but in her previous two Grand Slam events, she was done in the third round of the Aussie Open and the second round of the U.S. Open.

It’s all that inconsistency that makes us want to back Williams as one of our top tennis picks, even though she surely has more competition now at the top than she has had in recent years. She’s been in the final of six of her last seven Grand Slam events, and though she was taken out in the first week at Wimbledon in both 2013 and 2014, she has won here six times in the past, including last year and has a whopping 79-10 record.