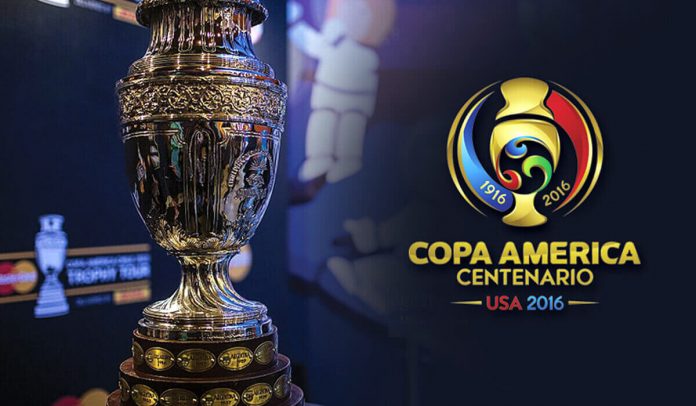 One glance at the Copa America odds to win , and you’ll notice that there aren’t all that many sides that have a reasonable chance to claim silverware here.

In fact, there are only seven teams which have prices of better than 30 to 1 on their heads in these soccer odds, and all seven are going to head into the 16-team Copa America tournament with odds of 10 to 1 or better to claim glory.

Which Copa America Teams Are Worth Betting On?

Fortunately for bettors, we can basically go through a process of elimination to come down to a few teams worth betting on. We’re going to start by eliminating every team which is lined at 40 to 1 or worse. Panama is really the only team of the bunch down there that we can see actually qualifying for the second stage of the competition, and even the chances there are slim for a team which could play as many as nine players at the same time beyond the age of 30.

Ecuador has a great chance to get through Group B as the second place team, but whether that’s who comes through or Peru, that team will be forced to either play a road game against the United States or a very talented Colombia side.

Let’s also not forget that Ecuador was upset by lowly Bolivia in the Copa America tournament last year and didn’t even make the knockout rounds. We’ll pass on the second and third teams in Group B for sure.

Chile is only lined at 8 to 1 because it won this tournament last year. We’re sorry, but winning Copa America on your home turf doesn’t all of a sudden mean you’re good enough to win it somewhere else. Besides, Chile would be forced to play against Mexico or Uruguay, then likely Brazil, just to reach the final.

Forget About the States

It’s not going to be a popular elimination, but we’re taking the Stars and Stripes out of here as well. Jurgen Klinsmann’s side is a mess, and even though the Americans are hosting this tournament, they hosted the Gold Cup last year as well and couldn’t even finish third best there. We’re not totally sure about the US soccer team odds of even getting through the group stage, though if that was the case, it would surely be the end of Klinsmann as the boss of this team.

We’re going to recommend taking a flyer on Los Ticos here at 33 to 1 in the soccer betting odds. Group A is the “Group of Death” in Copa America for sure, but Costa Rica is one of the reasons for it. There’s no way this is the third best team in most of these other groups, and it’ll have a shot against both the USA and Colombia, and it’ll only need to strike against one of them to advance.

Because of the presence of Costa Rica, we’re going to take out Colombia. James Rodriguez and his side are very good, but until we see them take the last necessary steps to reach a final, we’re not willing to bet on them as anywhere near the favorites of any major tournament. We’ve got similar issues with Uruguay.

Lastly, we’re going to chuck Brazil out because of its lack of offense without Neymar available for selection. We’re not saying that Brazil is certainly not going to win this tournament, but we can see a situation where it struggles with either the United States or Colombia in the quarterfinal as it did last year in this same spot against Paraguay, a match which was shockingly lost in penalties.

The best value on the board belongs to Mexico. El Tri won the Gold Cup against a lot of odds on American soil, and they went on from there to win the Confederations Cup playoff against the United States to boot. Of the international teams, there aren’t many in the world with a midfield in better form that Mexico, and that’s why this team is sure to be dangerous.

Why Argentina Will Win

That said, this tournament should belong to Argentina. The path is just too easy for it to fail. Group D is a joke once the team dispatches of the Chile squad which beat it out for the Copa America title last year, and we just don’t see a path paved with perhaps Mexico or Uruguay and the United States, Colombia or perhaps Costa Rica being all that difficult to get to the final.

Lionel Messi has a ton of talent surrounding him on this Argentina team, including Gonzalo Higuain, Sergio Aguero, Javier Mascherano and Angel Di Maria, all of whom would be the best player on many of the other teams in this tournament.

The pressure is immense on Argentina for sure, as it hasn’t won any silverware in the Messi era. That could all come to an end by the end of June at the 100th anniversary of Copa America.

Copa America Centenario is a competition between all 10 of the South American teams as well as six teams from North America. The festivities will kick off on Friday, June 3 and finish with the final on Sunday, June 26 in various stadiums across the United States. Every match of this tournament will be shown live on the FOX family of networks.

Which national teams are likely contenders in Europe? Check out UEFA Euro 2016 Odds: France, Germany Favored On Betting Board