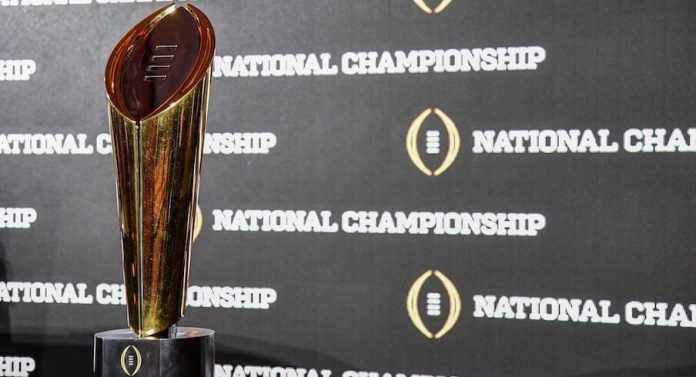 The Alabama Crimson Tide and Georgia Bulldogs both pulled out wins in the Sugar Bowl and the Rose Bowl respectively, and now, they’ll play for all the marbles in Atlanta on Monday night.

1: The number of games in which Alabama has been an underdog since the start of the 2010s. This will be the Crimson Tide’s 113th game since winning the BCS Championship over Texas to kick off 2010, and they’ve been favored in 112 of those games. The one exception happened to be the last time the Tide and the Bulldogs played against each other in 2015. That year, Georgia was a mere 1.5-point underdog and got its teeth kicked in by the Tide 38-10. Since that point, Alabama has been favored in 40 consecutive games, easily the longest streak in the nation.

2: The number of times teams from the same conference have played against each other for the National Championship in the BCS and CFP era. The SEC, of course, was the conference that got both entrants into the title game each time, and not surprisingly, Alabama was prominently involved each time. The Crimson Tide lost to LSU during the 2011 season, costing them a chance of playing for the SEC title. They were the No. 2 team in the land when the dust settled, and they beat the Bayou Bengals in the rematch 21-0. This is the second time a team that didn’t win its conference is going to get a chance to play for all the marbles, and once again, it’s because Alabama was beaten by an SEC West team.

3: The number of games in a row which the Bulldogs have won outright as underdogs. UGA was only a dog one time this season, that coming against Notre Dame back in Week 2. We had no idea who Jake Fromm was at that point aside from the fact that he was the freshman who was taking over for an injured Jacob Eason under center. He shockingly never gave back the job, and the Bulldogs literally never looked back in their run to the CFP title game.

7: The number of games Georgia won this season outside of Athens. The Bulldogs went 7-1 ATS in games played either at neutral sites or on the road. The one loss they had to Auburn, they avenged in a big-time way at Mercedes-Benz Stadium in the SEC Championship Game. The Dawgs have won and covered six of their last seven games played at neutral sites, and they’ve now won and covered four consecutive bowl games.