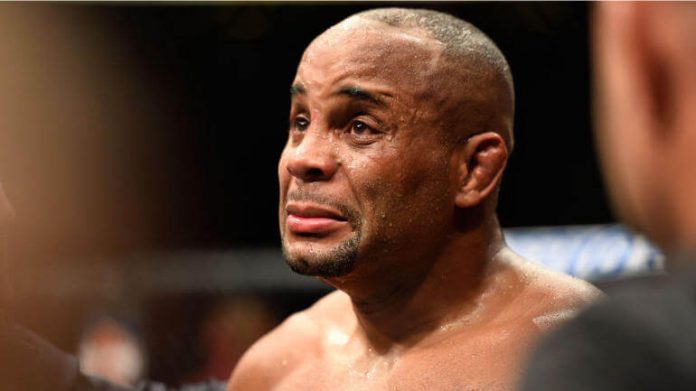 Let’s start the MMA New Year with a simple question: which current champion has the best chance to finish the year still holding the belt?

There are a few easy answers, and a few tough ones. With a handful titles changing hands in 2017, we’ve got some new faces to rank – a difficult task since they haven’t had time to establish their dominance.

Our Champions Rankings attempts to estimate which current titleholder is “safest”, based on their upcoming fights, strength of competition and recent performances. The top-ranked champ is our pick to keep the belt the longest.

So let’s get to it. Where applicable, we’ve also listed money lines for upcoming title fights using the UFC odds at BookMaker.eu. It’s a subjective list, so feel free to comment below if you feel like we’ve misranked anyone.

*Please note: we’re not ranking Cris Cyborg until she actually has a division. Otherwise she’d be an easy pick at No. 1.

Without Jon Jones, is there anyone at 205 that you feel has a real shot at beating DC? He’s a heavy favorite over Oezdemir for their January matchup and has already beaten No. 1 contender Alexander Gustafsson. The next three guys in the top five are Glover Teixeira, Jimi Manuwa and Ovince St. Preux. DC is an all-timer, but the division’s been weak for years. Without Jon Jones to challenge him, he should hold onto the belt until his age finally slows him down.

With Valentina Shevchenko squarely in her rearview mirror, Nunes could easily separate herself from the rest of the division. You can use a lot of superlatives to describe Nunes relative to her weight class: she’s the most explosive athlete, the hardest hitter and one of it’s best submission artists.

For a while, it was easy to write DJ in at the top spot. But if he has to face Dillashaw in his next matchup, he’s in real danger of losing his belt – though he opened as a slight favorite with oddsmakers. Should he turn back Dillashaw, he goes right back to No. 1.

Dillashaw just regained the title, and he has a loss to Dominick Cruz. But he’s elevated his game to a point where it’s tough to see anyone in the near future really challenge him. With Garbrandt knocked down a few pegs and guys like Jimmie Rivera and Marlon Moraes still climbing the ladder, Dillashaw is looking to move down in weight to challenge pound-for-pound king Demetrious Johnson.

12 straight wins. Back-to-back thrashings of Jose Aldo. Just 26 years old. There might not be a fighter with a brighter future than Max Holloway. Though he’s beaten much of the contenders on his way to the title, “Blessed” has some real challenges awaiting in Frankie Edgar and Brian Ortega. He’d be a clear favorite over both though.

Bobby Knuckles blasted through No. 4 Jacare Souza, then took a clear decision over No. 1 Jacare Souza. Obviously, the 27-year old is special. His upcoming fight against Luke Rockhold is going to be tough, but beyond that the competition drops off sharply, with Chris Weidman and Kelvin Gastelum in the wings.

While the welterweight division is brimming with exciting young talent, it’ll take a while before guys like Colby Covington, Darren Till, Santiago Ponzinibbio and Kamaru Usman get to a point where they are legitimate title threats. Rafael dos Anjos appears to be next in line for a title shot, but T-Wood’s explosive power and world-class wrestling makes that a tough matchup for the Brazilian – for anyone, really.

Let’s assume that McGregor returns to face Tony Ferguson in a title unification bout. That’s pretty much a 50-50 bout. Then he’s got Nurmagomedov to worry about. Those two guys alone brings down McGregor’s ranking. Of course, there’s a real chance that “The Notorious One” never fights in the UFC again. We just wish he’d hurry and make up his mind.

Cleveland’s Stipe Miocic is an underdog in his upcoming fight with the terrifying Francis Ngannou. And now Daniel Cormier has confirmed that Cain Velasquez is back in training. Then there’s the fact that the heavyweight division is the most dangerous weight class, period. Miocic is a badass, but hanging onto that strap is a tough, tough proposition.

Congratulations to Thug Rose. But she’d be an underdog against anybody in the top 4. Joanna Jedrzejczyk is gunning for a rematch, and Jessica Andrade just tore apart Claudia Gadelha. Namajunas also lost to Karolina Kowalkiewicz. The champ is an excellent fighter, but nobody expects her to dominate the division.

After winning the latest season of The Ultimate Fighter, Nicco Montano is now the queen of the UFC’s newest division. The jury’s still out on the 5-2 wrestler, who had to gut out a win over journeywoman Roxanne Modafferi. It’ll take a while for this division to stabilize, and we expect the belt to change hands a few times before it does.