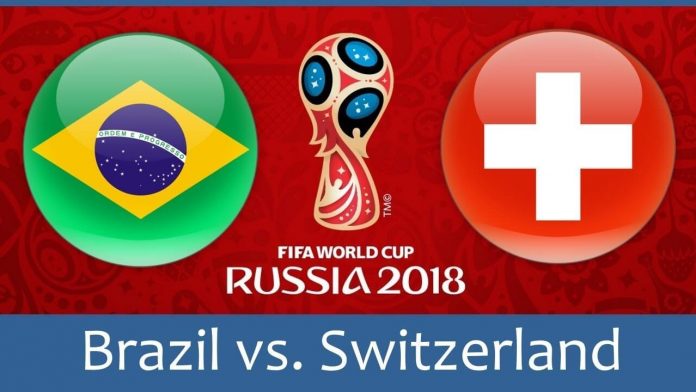 Brazil has been anxiously waiting for another World Cup after getting demolished in the semifinals four years ago by Germany. They are now back and ready to knock off anyone in their path. Switzerland is the first team that will try to upset Brazil but it’s going to be a monumental task.

Brazil has a star-studded lineup and is playing well as a collective. Switzerland is a worthy foe and a good strategy could keep this match close, but it is going to be tough to spring the upset. The Swiss would probably be content with a draw in this one but Brazil is favored to come away with the victory.

The Brazil-Switzerland World Cup matchup will be held at Rostov Arena in Rostov-on-Don, Russia. The match will take place on Sunday, June 17th, 2018, at 2 p.m. ET.

Brazil’s odds on the moneyline are listed at -232 to win this match. The odds of a tie are listed at +369 while Switzerland coming away with a victory is listed as the +675 underdog to pull off the upset.

The under/over total of goals is 2.5, with the “over” the slight favorite. The odds for Brazil winning 2-0 is listed at +458, and a 3-0 outcome is listed at +708 as it will be tough for Brazil to win that easily against a competent Switzerland team.

Brazil is getting 79 percent of the action to win this contest by more than one goal.

Brazil star Neymar did not play in the blowout back in 2014 because of an injury but is healthy and looking like one of the best players in the world. He is listed at better than even odds to score against Switzerland as they have no match for his incredible talent.

While Neymar is the headliner, he is joined by fellow star Gabriel Jesus, another elite scorer Switzerland must look to bottle up. It is a tough situation and Switzerland hopes to dominate time of possession as much as possible to limit Brazil’s scoring chances.

The longer this one stays tied the more of a chance Switzerland has at pulling out a draw. If Brazil can get on the board early it may change the way the Swiss have to play, and a more aggressive style means more weakness on the back end, which could lead to a blowout. Keep an eye on Neymar because he could very well be the one that blows this game open.

The odds given to Neymar to lead every player in the World Cup in scoring is +900. Those  are the best odds of any player, barely ahead of Lionel Messi. The idea certainly makes sense, as Neymar is a talented scorer who is playing for a team that figures to make it deep into the tournament.

This is a good match to get a goal as Switzerland has a sound defense but is not as talented as the Brazilian squad. Neymar will get his chances and it seems more likely he converts in this opening round matchup.

The moneyline on Brazil seems much too low, as it would be a pretty big upset for this one to even end in a draw. It’s not that Switzerland is a poor team, but Brazil is ultra-talented and motivated. Switzerland will hope to steal a goal on a counter-attack, but the more likely scenario is seeing Brazil score a couple of times to cruise to the victory.

Check out ALL the latest 2018 World Cup betting odds below: