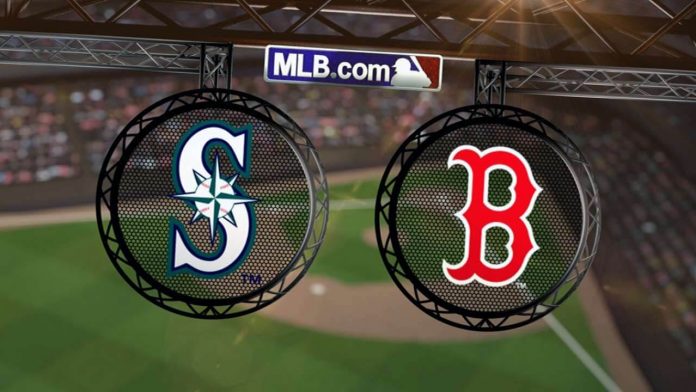 It’s been a surprising season so far for the Seattle Mariners, who continue to battle the Houston Astros for first place in the AL West. The Boston Red Sox have been equally hot posting the best record in MLB to this point. The clubs square off in the third of a four-game set on Saturday’s FOX Game of the Week.

The Sox struck first in the series with a 2-1 win on Friday night, ending the M’s four-game winning streak while extending their own run to four in a row. While the Sox get plenty of national attention because, well, they’re the Sox, the same can’t be said about the Mariners. But Seattle’s start has fans in the Pacific Northwest talking playoffs, which hasn’t happened in 17 years.

The Red Sox haven’t lost more than three games in a row all season, and that happened just once back in April. The pitching staff boasts the fourth-best ERA in baseball and the Sox have scored the second-most runs while hitting .263 as a team. Oh, and they’ve also bashed 100 home runs, second only to AL East rival New York. The Sox were able to continue their assault when Mookie Betts was sidelined with an injury. And now that the MVP candidate is back in the lineup, they just keep rolling.

There was a rough patch last week when Boston lost two of three games to the other Sox and had a loss to the Tigers added in, all coming at Fenway. Turns out they just needed to hit the road. They swept the Orioles before taking Game 1 of this series, giving Boston 25 road victories, second only to Houston in MLB. Steven Wright got a spot start last week and the knuckleballer blanked the Tigers for seven innings. He has yet to allow a run in two starts and has blanked opponents over his last 22.2 innings. Not bad for the fifth guy in the rotation.

You can’t win the World Series in June, but you certainly can prevent your team from getting there. Seattle’s hot start has been a big story in MLB, and there’s always a chance that they’ll slide closer to the mean. The M’s are on pace to win 103 games, however it’s unlikely they maintain that level of play. And they may have picked the absolute wrong time to be good. They currently have the fourth-best winning percentage in the league, and the fourth-best in the AL.

The M’s rank 13th in runs per game and staff ERA, but they’ve excelled in close games, and they’ve played a lot of them. Despite their 2-1 loss on Friday, the M’s are 21-10 in 1-run games, by far the most wins and such games. The M’s are also the only team not to lose an extra-inning game and they’re the most profitable club, up 1651 units on the moneyline.

Making his third start of the year, Steven Wright ( 2-0, 1.21 ERA ) will take a 22.2 consecutive scoreless innings streak to the Safeco Field mound on Saturday. The knuckleballer allowed just four hits across nine scoreless innings in four relief appearances before getting his first start on June 5. He blanked the Tigers on two hits with six strikeouts over seven innings and added 6.2 scoreless frames to his ledger against Baltimore in his last start.

Since moving back into Seattle’s rotation, Wade LeBlanc ( 2-0, 3.00 ERA ) is 2-0 with 2.45 ERA in eight starts. It’s proven to be a strategic move. The soft-tossing lefty posted a 4.61 ERA and a .296 opponent’s batting average over 13.2 innings in five relief stints. He helped solidify the rotation with King Felix struggling. LeBlanc hasn’t earned a decision in his two career starts against the Sox, allowing 12 hits and six earned runs in nine innings. He hasn’t faced them since 2016.

LeBlanc hasn’t gone past six innings in any of his eight starts and the Mariners pen is thin with three relievers currently on the shelf. The lefty isn’t going to overpower opponents and the Sox are disciplined enough to adjust to LeBlanc’s pitches. And if they get to him early enough, they could feast on a weakened group of relievers. Wright will surrender a run at some point and this game is screaming over.