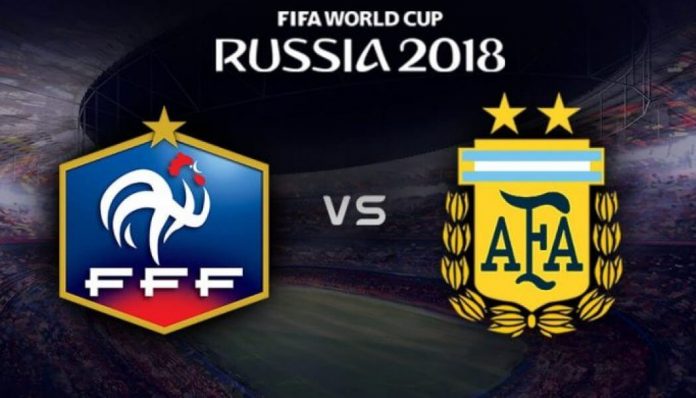 It took a valiant effort from Argentina to advance to the knockout round, and they did it by beating Nigeria in the final match of group play. It still wasn’t the most overwhelming play from the Argentines and one would expect they have more to offer. There was a shocking draw with Iceland in the initial match and a crushing loss to Croatia before Lionel Messi and his group responded in a thriller to beat Nigeria 2-1. France and Denmark played the first 0-0 draw of the tournament in a match neither team needed to win. France went unbeaten to win Group C with a 2-0-1 record while allowing just one goal.

France had nothing to play for in its final group match, and it looked like it. They were out of sync the entire game with poor passing and bad crosses, and they never challenged the Danes, instead settling for a scoreless draw. And it’s been their theme the entire tournament. The French appeared uninspired in their world Cup opener, but they squeaked by Australia with the help of an own goal. Kylian Mbappe punched France’s ticket to the knockout round with a goal that gave his club a 1-0 victory over Peru in the second match.

Blessed with a combination of speed, agility and youth, France could be a factor in the knockout rounds. They didn’t play to their abilities during group action, especially against Denmark, but they had nothing on the line in that match. With a roster loaded with young talents like Mbappe, N’golo Kante and Paul Pogba, the French are just waiting to bust out. They face their first real test in the tournament against Argentina, and they have to play better all around to advance. And they certainly have more in them.

Argentina was a mess entering the World Cup. They barely qualified and suffered embarrassing losses to Nigeria and Spain in post-qualification friendlies. But they snuck into the knockout round and at this point that’s all that matters. Their play in group action didn’t inspire a lot of confidence in their ability to move past the round of 16. A shocking 1-1 draw with Iceland in the opener was made even worse when Messi was denied on a penalty kick.

They were held off the board in a loss to Croatia, setting up a must-win match against Nigeria. Messi netted his first goal for a 1-0 lead, but Argentina was close to being knocked out of the tournament in group play until Marcos Rojo saved the day. In a brilliant moment from the defender, Rojo struck for the game-winner in the 86th minute and coupled with Iceland’s loss to Croatia, Argentina will have another chance to improve its play in the round of 16.

This could be Messi’s last World Cup and you know he’d like to go out with a bang by winning the tournament for the first time. One of the greatest players in the game, Messi scored his first goal of the tournament in a 2-1 win over Nigeria, helping his club advance to the knockout round. The superstar forward was marked all over the field and looked frustrated in the first two matches. But he showed why he’s one of the best by sprinting free of the defense for a nifty goal. It was Messi’s sixth career World Cup goal and he’s now the only player to have scored in the World Cup as a teenager, in his 20s and now in his 30s.

France vs Argentina – Who You Should Bet

Despite its pedestrian performance in the group stage and needing a win over Nigeria just to advance to the knockout round, Argentina is loaded with talent. And, of course, they have arguably the best player in the world on their side in Messi. But unlike France, the roster is aging and it’s much slower than that of France.

It’s hard to imagine a bunch of goals being scored in this game. Both squads struggled to find the back of the net in group play and they both looked lethargic and disinterested at times. Expect that to change now that it’s a win or go home situation. You could get by with a bad game or maybe even two in group play, and Argentina did that. They should feel good about their chances moving forward. But the French are younger and solid on the back, and that will prove the difference.