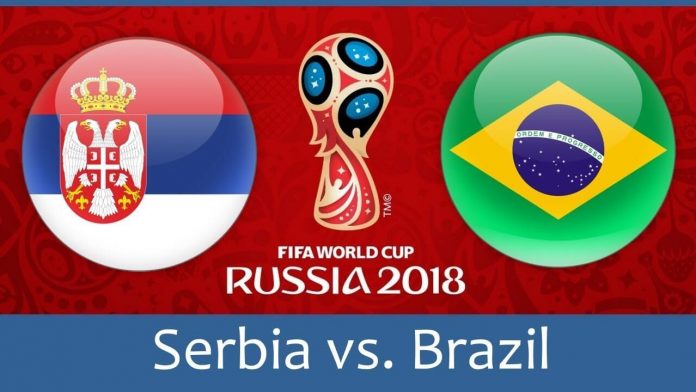 Brazil has been inconsistent early in the Group Round of the World Cup, and has not yet secured a spot in the knockout stage heading into their third and final contest of the round-robin scheduling. Brazil can punch its ticket to the next round with a win or a draw against Serbia next time out.

Brazil is currently atop Group E with a goal-differential of plus-2, which is one goal ahead of Switzerland which also has four points through two matches. Serbia has three points after a 1-1 start and can leapfrog Brazil but will need to win this matchup as a tie would not be enough.

Brazil is one of the best teams in the tournament and has the type of top-tier talent to compete for the World Cup title if things click. It would be a major upset if this team didn’t get to the knockout stage and it has put itself in position to do so. Brazil’s draw against Switzerland has allowed the possibility of an early exit to remain, but more than likely the country should be able to advance with a favorable outcome against Serbia.

The Serbia-Brazil World Cup match will be held at Spartak Stadium in Moscow, Russia. The match will take place on Wednesday, June 27th, 2018, at 9 a.m. ET.

Brazil will enter this match as the one-goal favorite against the spread. More than 68 percent of the action is on Brazil to cover, as the betting public clearly has faith in the group to pull away against Serbia for the victory.

Brazil is the -183 favorite on the moneyline while a Serbia outright win is being wagered on at +533. A draw is listed at +329, and could have decent odds since Brazil will advance with a win or a tie. The goal scoring total is listed at 2.5, with the “over” garnering about 54 percent of the action in World Cup gambling. If the majority of the gamblers are right on the total, this may be an action-packed contest.

Brazil got its first win of the tournament against Costa Rica in their match last week, scoring both goals in stoppage-time to secure a 2-0 win. Neymar, who scored one of those late goals, was overcome with emotion following the hard-fought and much-needed victory. Brazil, who is among the favorites in this year’s World Cup, had to settle for a tie in its opening match against Switzerland.

Serbia is coming into this match against Brazil after a tough loss to Switzerland. With the match tied at one goal apiece, a late goal by Xherdan Shaqiri in the 90th minute gave the Swiss a 2-1 victory. Serbia came out as the stronger team, taking the lead on a header by Aleksandar Mitrovic before two second-half goals by Switzerland. Serbia defeated Costa Rica 1-0 in its opening match.

Serbia has a wide variety of outcomes. The most likely is that they will not make it past this round because a win over Brazil is needed, but a first- or second-place finish in Group E is still possible. The current leader of Group F is México, and the second-place team is Germany. If those standings hold it will be interesting to see how Group E shakes out. If Brazil wins it, we could be looking at a titanic clash between Germany and Brazil in the Knockout Stage.

Brazil vs Serbia – Who To Bet On

Brazil can’t worry about who they will face in the next round as a berth has not yet been secured. Look for Neymar and Co. to rush quickly out of the gates after failing to do so in the other matches of the group stage.

Serbia has kept itself alive through two matches but really could have used a draw against Switzerland. An upset is needed to advance and that is not going to happen against a team that has much more talent. Take Brazil to win this match and cover, with the “under’.

Our Betting Pick: Brazil and the UNDER