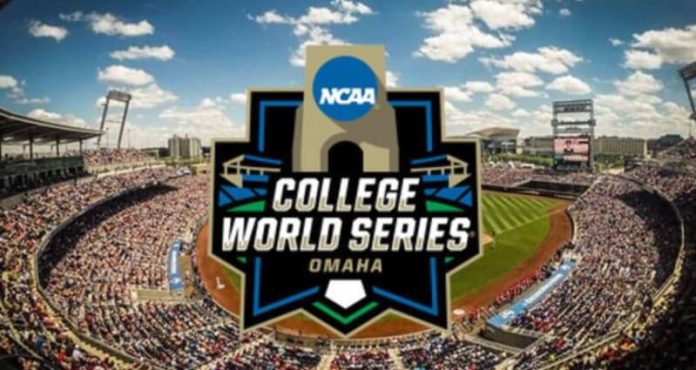 The Arkansas Razorbacks are one victory away from the college baseball national title. The Oregon State Beavers were the favorites heading into the national championship series but now have their backs against the wall following a 4-1 loss on Tuesday.

This isn’t an unfamiliar spot for the Beavers, as they were forced to fight their way through the loser’s bracket of the College World Series to even make it to the finals. Arkansas is hoping to land the knockout blow in Game 2 of this series, but it won’t be easy.

Oregon State has a great offense that will undoubtedly aim to wake up after getting locked up in the opener. The excitement is going to be through the roof as these teams face off with the Razorbacks hoping to claim the national title.

The College World Series contest between the Oregon State Beavers and Arkansas Razorbacks will be held at TD Ameritrade Park in Omaha, Nebraska. The game will take place on Thursday, June 28th, 2018, at 7 p.m. ET. The game will be nationally televised on ESPN.

Oregon State has opened up as the -160 favorite to claim Game 2 of the national championship series. The Razorbacks are the +135 underdogs to pull off a mini upset and celebrate the title. The Beavers are a 1.5-run favorite and the odds are set at -110 to cover that spread. Arkansas is listed at -130 to win or lose by one run.

The scoring total has been placed at 11 runs as the oddsmakers can see a wild contest with plenty of offense in this one. The “under” is the favorite, being wagered on at -110, with the “over” set as the -110 underdog.

Arkansas got the leg up in the first game of the national championship series by scoring four runs in the top of the fifth inning and locking it down from there. They got a lot of help from Oregon State starter Luke Heimlich, who walked a pair of batters and hit two others in the frame.

Arkansas starter Blaine Knight was fantastic, holding the high-powered Oregon State offense to one run and seven hits in six innings pitched while striking out six. The bullpen provided three innings of shutout ball as the Razorbacks cruised to the victory.

Arkansas was led offensively by catcher Grant Koch, who finished the game 2-for-3 with a run scored and the RBI that knotted the game up at 1 in the fifth and helped lead to a big inning.

Oregon State’s Trevor Larnach went 2-for-4 with a pair of doubles but he didn’t get enough help offensively.

The Beavers should be able to settle down in this one and emerge with the win in order to force a winner-take-all Game 3.