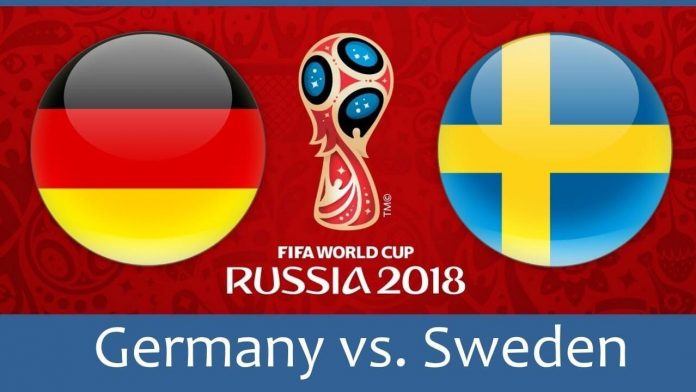 Germany suffered a tough loss to Mexico in its opener in pool play, dropping it to a tie for last place in Group F. Sweden has three points alongside México and both teams would love to advance and leave Germany on the sidelines moving forward.

However, Germany has designs of getting back in the mix with a victory over Sweden next time out. Germany will be the favorites to win but if Sweden can manage simply a draw it will be in solid position to move on to the next stage.

The World Cup has watched many of the world’s best teams fall victims to underdogs and Germany was one of them in their opener. That trend must be bucked in this one or else the team could be headed home soon in World Cup gambling.

The Germany-Sweden World Cup match will be held at Fisht Stadium in Krasnodarskiy kray, Russia. The match will take place on Saturday, June 23rd, 2018, at 1 p.m. ET.

Germany enters this matchup as the -200 favorite on the moneyline. While the team is favored to win, the odds certainly aren’t overwhelming that is happens. Sweden is listed as the +620 underdogs to emerge victorious while a draw is being wagered on at +334. Germany is currently getting the majority of the action on the moneyline.

The spread is listed at -1 for Germany, and more than 56 percent of the action is on them to cover the spread. The scoring total is 2.5 goals, with the “under” the more popular choice. Germany had trouble offensively in the opener and will aim to get over that hump in this one. An early goal could open up the game but the longer it remains close the more likely the “under” hits in World Cup gambling.

Germany had a tough opening game matchup and fell to México by a score of 1-0. Hirving Lozano was the hero for México, finding the back of the net in the 35th minute. Germany had some chances the rest of the way but were never able to find the equalizer.

It was only the second time Germany lost their opening round match in the World Cup. The first time came back in 1982 to Algeria, but the silver lining is that the Germans rebounded to make it to the finals. They would love nothing more than to follow that script in this one.

Sweden won their first match by a score of 1-0 over South Korea. Sweden got the winning goal on a penalty kick by defender Andreas Granqvist. He calmly knocked in the vital kick to sink South Korea. The Sweden defense was excellent in this match and it will aim to keep it up, albeit a much tougher foe in Germany.

Sweden won its opening World Cup match for the first time since 1958 and another victory would send reverberations around the world.

The talented German can rack up goals in a hurry when he is playing well but that wasn’t the case in the opener against México. A reporter even asked how he would feel about getting benched for this contest.

That certainly won’t be the case but Muller clearly needs to have a better performance. Germany needs to find some offense in this matchup because a draw against Sweden wouldn’t be a great ending. If Muller can manage to find the back of the net, Germany has a good shot of winning and restoring order in its group stage.

Sweden vs Germany – Who To Bet On

Germany is on its heels and needs to avoid a loss or draw which would be a terrible sign for their chances at advancing. Sweden will aim to use a strong defense to keep Germany at bay but that’s easier said than done. Germany should play with a great level of urgency and an early goal will be a big help in an easy victory over Sweden in World Cup betting.