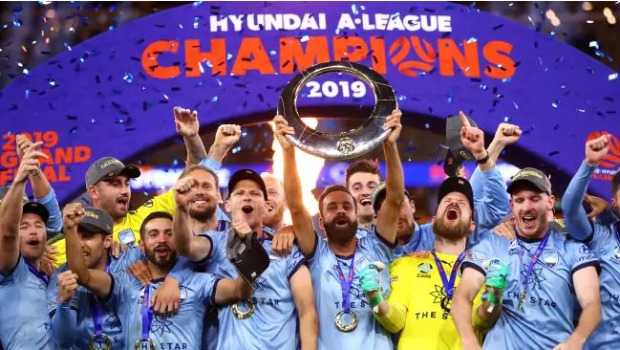 A brand-new Australian A-League season has just begun. Perth Glory and Sydney FC were the dominant sides last time out, but can they continue their form and challenge for the title again? Perhaps one of the Melbourne-based clubs will finish at the top of the pile this time around. It’s all to play for, that’s for sure.

Dozens of Australian betting tips sites make Sydney FC the favorites. The Sky Blues won their first two games convincingly, so it’s easy to see why. However, there’s still plenty of time for other teams to have their say. We’ll outline our 2019 A-League betting predictions below.

A handful of teams could be involved in the A-League title race. We think that Sydney FC and Perth Glory will take most of the headlines. However, we’re impressed with how newcomers Western United have started.

Mark Rudan’s side picked up four points from their opening two fixtures. Could they surprise everyone and win the title in their maiden season? It’s a big ask, but it’s certainly possible.

We’re also expecting Melbourne Victory and Melbourne City to be involved. The latter made a few excellent additions to their squad during the offseason. What’s more, they picked up maximum points against Adelaide Utd on the opening day. Can City finally land their first A-League title? We think it’s possible.

Several teams will fight it out for a place in the Grand Final. We’re expecting Brisbane Roar to improve with former Liverpool striker Robbie Fowler at the helm. However, Western Sydney Wanderers have also made a terrific start to the new campaign. The former AFC Champions League winners have collected maximum points from their first two fixtures.

Furthermore, if Melbourne Victory fails to win the title, they should at least qualify for the playoffs. Ola Toivonen had a fantastic debut season, and we’re expecting the Swede to build on those solid foundations during this campaign. What’s more, Elvis Kamsoba will playa  huge role for Marco Kurz’s side.

Finally, we’re backing the Newcastle Jets to qualify for the playoffs. Ernie Merrick guided the Jets to a second-place finish in 2018. We think they can compete with the best clubs in the A-League once again. Former Norwich City player Wes Hoolahan signed for the club in August. The Irish midfielder should create plenty of goal-scoring opportunities for his new side. Anything is possible with this man in the squad.