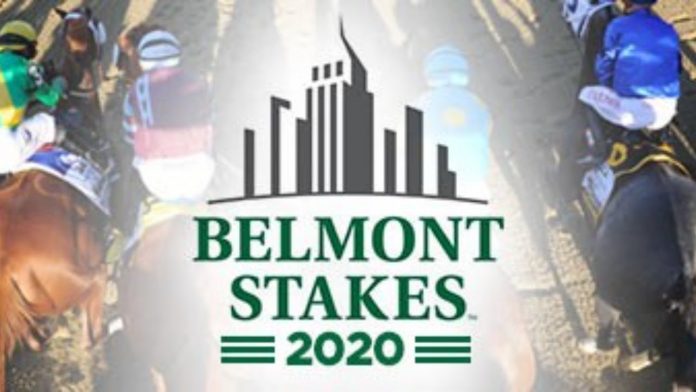 The 152nd running of the Belmont Stakes will actually be a first. As in the first leg of horse racing’s Triple Crown. Typically the final stop in the quest for horse racing’s biggest prize, thanks to the COVID-19 pandemic the 2020 Belmont Stakes will get things started on Saturday. There will be other notable differences as well. The race will be run behind closed doors, though I doubt favorite Tiz the Law cares if 90,000 people are hootin and hollerin.

Also, to accommodate for the adjusted horse racing schedule three furlongs were hacked off the total length of the race. The field of 10 will run for 1 1/8 miles instead of the usual 1 1/2 miles. Instead of being The Test of the Champion the Belmont Stakes is more of a prep race for the Kentucky Derby.

Let’s take a closer look at the full field for the 152 Running of the #BelmontStakes! pic.twitter.com/oWgNbK2T3w

That doesn’t make it less interesting, though. The goal is to win a Grade 1 race with a shot to win the Triple Crown, something only 13 horses in history have ever done. The field opened up for Tiz the Law when early favorites Nadal, Charlatan and Maxfield bowed out for different reasons.

The field for the 152 Running of the #BelmontStakes, the first jewel of this year’s Triple Crown 🏆 pic.twitter.com/wyDkGAR7vJ

Tiz The Law (-140) – He probably would have been the favorite even if Nadal and Charlatan saddled up, that’s just how good Tiz the Law is. He’s easily the class of the field, but the betting favorite has won just three times in the last 15 years, and two of them were Triple Crown winners. The only runner with a G1 win on his resume, Tiz the Law hasn’t raced since taking the Florida Derby nearly three months ago.

Sole Volante (+650) – We’ll see if running a race 10 days before the Belmont has an effect. But what a gallop it was for Sole Volante. Instead of a typical morning workout he stormed back from dead last to capture the one-mile feature at Gulfstream Park on June 10. We’ll see if that strategy pays off for trainer Patrick Biancone. Sole Volante is 4-1-1 in six career starts taking the G3 Sam F. Davis in February.

Dr Post (+675) – We don’t know a lot about this Todd Pletcher-trained colt since he’s run only three times. He’s been impressive, though, winning his last two starts and taking advantage of the delayed Triple Crown start. He was impressive in both runs this year winning twice at Gulfstream Park, including a 1 1/16 miles win in the Unbridled Stakes in April. According to Pletchner, Dr Post has the potential for big improvement from race to race.

Tap It To Win (+700) – Sired by the legendary Tapit, Tap It to Win has the potential to bring trainer Mark Casse his third straight victory in a Triple Crown race. He won last year’s Preakness with War of Will and took the Belmont behind Sir Winston. Tap It to Win will take advantage of the shorter distance and is coming off an overwhelming victory in a 1 1/16 miles allowance at Belmont earlier this month.

Max Player (+1500) – Another lightly-run horse, Max Player enters having not raced in nearly five months. He is coming off a pair of wins, the last at the G3 Withers in early February. Trainer Linda Rice said she was impressed with Max Player’s final Belmont prep. “He’s changed a lot mentally and physically,” Rice said of her colt.

Pneumatic (+1500) – A late addition to the field, Pneumatic is coming off a strong third-place showing in the G3 Matt Winn at Churchill Downs, hanging with the pack until falling one leowinngth short of Maxfield. That was his first stakes run after a pair of impressive wins at Oaklawn Park.

Farmington Road (+1700) – It took Farmington Road three tries to get his first win and it’s the only one in six career starts. Hanging with the field might be too much to ask. He has been competitive, though, against stakes competition posting a second-place finish on a sloppy track at the Oaklawn Stakes in April and taking fourth in the G1 Arkansas Derby a month later.

Modernist (+2500) – Following his maiden win in his third try, Modernist was a hit on the Derby trail. Pushing the pace out of the gate he captured the G2 Risen Star in February. A month later he took third in the G2 Louisiana Derby. The competition at those New Orleans prep races is questionable and Modernist will have difficulty staying with the pack.

Fore Left (+3300) – Is there anything that points to a longshot pulling out a victory. Usually the answer is no, that’s why they’re in this position. Fore Left has a number of gallops on him and his last start at the 1000 Guineas in Dubai was an encouraging victory. However, he’s struggled in graded races and hasn’t run since February.

Jungle Runner (+6600) – Upsets happen. Remember 70/1 longshot Sarava denying War Emblem the Triple Crown in 2002? What about Da’Tara, who entered the 2008 edition with one victory and 38/1 odds. You know what happened. While there is a chance, it’s not happening on Saturday. The biggest reason why: Belmont is the first go and at a shorter distance. There is no hangover from the previous Triple Crown races. Jungle Runner is just happy to be here.