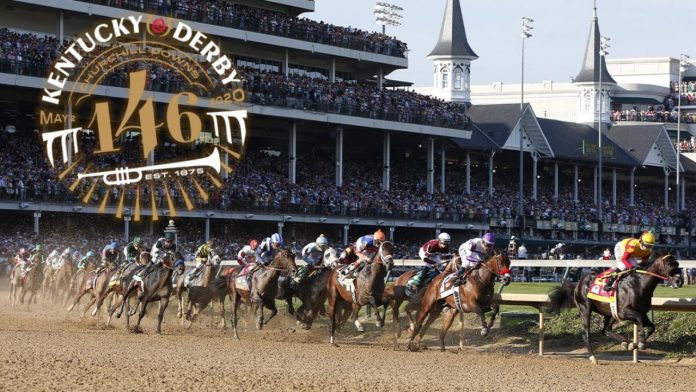 2020 has been a year like no other and the sports world has been impacted as much or more than anyone. Normally the Kentucky Derby is synonymous with being run on the first Saturday in May. But for 2020 the coronavirus had other ideas. This year Derby Day is the first Saturday in September. Regardless it remains the most prestigious race on the calendar whenever it is run. Jockeys, trainers, and owners all agree that if there was one race that they could choose to win above any other it would be the Run for the Roses. Even if that meant it would be the only race they would ever win.

Race Length: One and a quarter mile on dirt surface

Tiz the Law wasted no time garnering attention with horse players when he won the Grade 1 Champagne at Belmont on October 5, 2019. That race is used as a guide for emerging Kentucky Derby contenders. Since that time Tiz the Law has only added to his horse book credibility. While Tiz the Law is the public choice that will draw square casual money bargain hunters could be looking elsewhere in a talented field in which other capable horses will offer superior prices. Smart gamblers with a sense of history recall that long shots are not uncommon at the Kentucky Derby. Consider Country House coming in at 65/1 to win the 2019 Kentucky Derby as well as 2009 winner Mine That Bird at 50/1.

Tiz the Law has a dominant record of six wins in seven starts. This three-year-old colt is in top recent form with wins in three consecutive Grade 1 races. The last run for Tiz the Law was on August 8, 2020 when he won the prestigious Travers Stakes at Saratoga. Before that Tiz the Law won the June 20 Belmont Stakes, which of course is a Grade 1 Triple Crown race. And then there was the March 28 win at the Grade 1 Florida Derby. As mentioned earlier was a Grade 1 win on October 5, 2019 win at the Champagne. Trainer Barclay Tagg does have a 2003 Kentucky Derby win. He is best known as the trainer of Funny Cide. Tagg also has wins at the Preakness Stakes and Belmont Stakes. At age 82 Tagg is still going strong and commands respect from the horse playing community.

Another betting favorite in excellent form is Art Collector. Five consecutive wins have catapulted the colt to the second pick amongst gamblers. Art Collector won his most recent race on August 9 at the Ellis Park Derby. Before that Art Collector won the Grade 2 Blue Grass Stakes on July 11. Of note is the fact that Saturday’s Derby is Art Collector’s first Grade 1 start. Which may be a turnoff to some handicappers.

Honor AP earned his credentials as the winner of the Santa Anita Derby. Honor AP won that Grade 1 race on June 6 and emerged as a betting favorite ever since. Also, of note is that the colt finished second at the Grade 2 San Felipe Stakes on March 7.

Trainer Bob Baffert is the hottest and biggest name in the game. With that status does Baffert command full retail pricing at the very least. Baffert’s resume includes five Kentucky Derby and two Triple Crown wins. Further, he has seven Preakness and three Belmont victories. Baffert also owns three Breeders’ Cup Classics. Even casual horse bettors are fully aware of his name. The last race for Authentic was a Grade 1 win at the Haskell Stakes on July 18. Prior to that Authentic finished second at the Grade 1 Santa Anita Derby and won the Grade 2 San Felipe Stakes.

An intriguing value choice is Max Player, who has back to back Grade 1 third place finishes at the Travers and Belmont Stakes. Hall of Fame trainer Steve Asmussen is still seeking his first career Kentucky Derby win.

In sum there is no stopping Tiz the Law. The price is high but the quality is there.