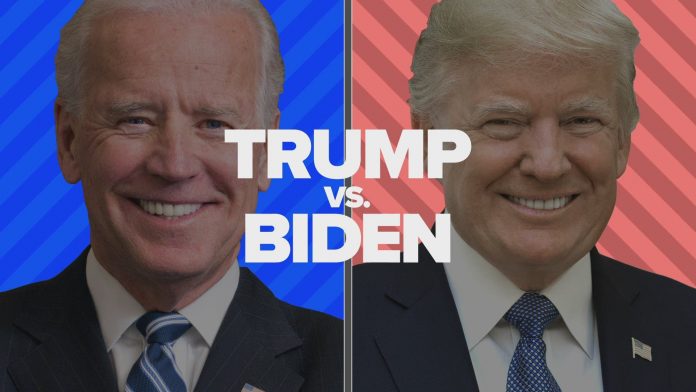 Democrat Presidential nominee and former Vice President Joe Biden has been bet up to a -200 favorite against President Donald Trump.  With less than three weeks to go most polls show that Biden is in the lead.  However, Trump supporters will say that this is a replay of 2016 when Hillary Clinton was being proclaimed a lock to become the first female president in history.  Back then Trump pulled off the biggest upset since the New York Jets shocked the Baltimore Colts in Super Bowl III.  Yet things are different now.  Trump is the incumbent president fighting a multi-front war against COVID-19, a disgraceful full court liberal press that no longer even pretends to be fair, social media censorship, and a fully engaged Democrat Party seething with four years of hatred and rage.

All things considered Joe Biden should be the -200-betting favorite that he has become.  “Journalism” and “news” are nothing but publicists and informercials against President Trump and for any and all Democrats.  Trump’s powerhouse economy has withstood COVID-19 with record stock market numbers and unemployment numbers that were better than Barack Obama’s at this same point of his presidency.  But the constant full court liberal press has taken its toll on Trump’s chances in the eyes of gamblers.  Further, the Twitter and social media coverup of Joe Biden’s personal corruption is a donation in kind to the Democrats.

Let’s now examine the issues facing voters along with the perceptions and realities heading into the election.

By all accounts the economy could not be in better shape.  Especially considering the lockdown of several months that is still going on in multiple blue states.  President Trump has a better unemployment number than Barack Obama did at this same time in his reelection bid against Mitt Romney in 2012.  The difference is that the “news” media refuses to report it.  Furthermore, gas and energy prices are at their lowest levels since George W. Bush.  And the stock market has never performed at a higher level.  Investors and workers looking at their 401k accounts will be pleased.  Unless the “news” media can orchestrate a blackout of quarterly statements.

From the start President Trump has deescalated tensons throughout the world and has been bringing American troops home.  His Middle East peace efforts were originally scoffed at by the establishment “experts.”  Now Trump has multiple Nobel Peace Prize nominations for his contrarian against the grain plans.  Trump has ended the hated “nation building” fallacies of the past.  He has made America stronger and safer with better worldwide cooperation.

One of the most frustrating aspects of the Trump Presidency is that most voters agree with his positions on the issues.  Lost in that is “the noise.”  Trump’s tweets get far more attention than his successful policy initiatives.  In a sense Trump has often harmed himself by fighting “down” on Twitter.  In his defense it may not matter due to the “news” media being an active publicity department of the Democrats.

Joe Biden’s campaign is running masterful TV ads that touch emotional nerves and will no doubt appeal to soft suburban women embarrassed with Trump’s table manners.  Trump must do a better job of laying out Biden’s undeniable corruption.  Further, he must demonstrate the Biden has been selling out blue collar workers for decades.

Twitter and Facebook have prevented the New York Post from posting stories about Joe Biden’s corruption in relation to his son.  In fact, Trump’s Press Secretary had her Twitter account suspended for linking the story.  Big Tech is fully in the tank for the Democrats just as the “news” media is.

If Trump wins he will have defeated multiple opponents.  Which is why Hidin’ Biden is at -200.