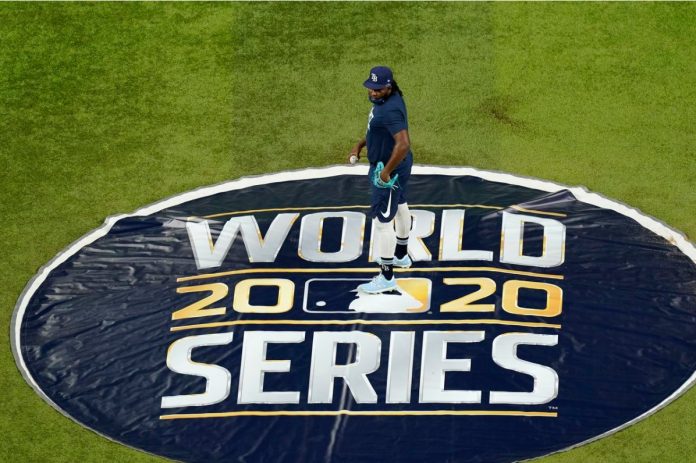 The two best teams during Major League Baseball’s abbreviated regular season survived an extra postseason round and a seventh game in their respective LCS for the right to hoist the Commissioner’s Trophy. The Los Angeles Dodgers and Tampa Bay Rays will play the 2020 World Series at Globe Life Field in Arlington, Texas, a spot the Dodgers are quite familiar with after sweeping San Diego and rallying from a 3-1 deficit to take out Atlanta in the NLCS at the new home of the Texas Rangers. These were the only teams to reach the 40-win mark during the regular campaign and both have outstanding pitching staffs that could make for a long series.

Making their third World Series appearance in four years the Dodgers are determined to end the postseason struggles that plagued them during a streak of eight straight NL West titles. We could put an asterisk next to that 2017 loss since the Astros were later found to have cheated their way to a title, but it’s time for the Dodgers to finally get over the hump on their own. LA is heavily favored to win their first World Series since 1988, but they must take down the giant-killer Rays, who dispatched the Yankees and Astros on their way to the second Fall Classic in franchise history.

The 2020 World Series opens on Tuesday, October 20 with every game taking place at Globe Life Field in Arlington, Texas. Every game will be televised on FOX starting at 8 p.m. ET. 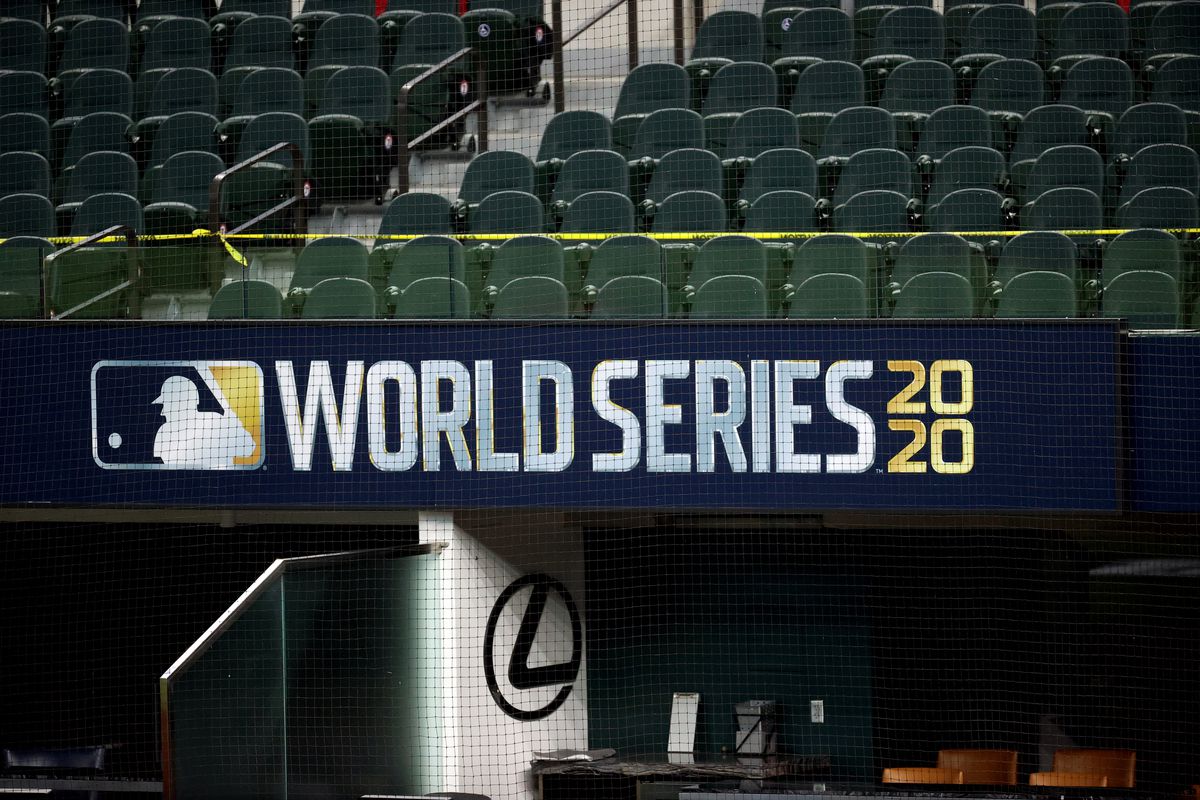 In terms of brand names and payroll the Dodgers have a big edge. They were on a short list of favored teams to be here when the season opened. And while it nearly didn’t happen, the Dodgers showed their resolve coming back from a three games to one series deficit to knock off Atlanta in the NLCS.

With all that Los Angeles accomplished during a run of eight straight NL West titles, the only thing missing is a World Championship. During the first seven seasons of that stretch, when things were normal with a 162-game schedule, the Dodgers won at least 91 games every year while twice topping the 100-win plateau.

They won over 71 percent of their games this season which would have put them on pace to challenge for the MLB record, but we know how that turned out. Offense was a key element of their success leading the majors in runs scored and home runs during the regular season. Overlooked by the offensive exploits was a pitching staff that produced a MLB-best 3.02 ERA.

Proving they can without the long ball makes the Dodgers even more of a threat. They swept the NLDS outscoring San Diego 23-9 in three games hitting just one dinger. The sticks came alive against the Braves with Corey Seager swatting five of LA’s 16 home runs. During the playoffs the Dodgers are averaging 5.75 runs per game, just slightly lower than their 5.82 per game average during the regular season.

Offense was a little tougher to come by for the Rays, who averaged one run per game less than the Dodgers during the regular season. They also topped MLB in strikeouts, a reason why the number was as low as it was. One thing about the Rays is that they don’t hurt themselves. They play fantastic defense and rely on a bevy of arms in the bullpen to keep games close.

That strategy has been in effect the entire postseason; why change something that isn’t broken. Tampa is averaging just over four runs per game while pitching to a 3.36 ERA. If not for Randy Arozarena the Ray might not be in search of their first World Series title. Tampa hit just .201 with a .675 OPS in the ALCs. Arozarena had nine of the team’s 44 hits with four of them leaving the yard. Overall in the postseason the Rays have a .209 team average and 25 home runs.

The heat is on!

Nobody manages a pitching staff better than Tampa’s Kevin Cash. It helps when you have as many talented arms as he does. One overlooked aspect is that the Dodgers actually had better numbers during the course of the regular season and equally good stats during the playoffs. Since Tampa’s offense often struggled, winning games was entirely a product of pitching. They have three stars at the top of the rotation in Blake Snell, Tyler Glasnow and Charlie Morton. The bullpen allows Cash to shorten games with less stress on starters. 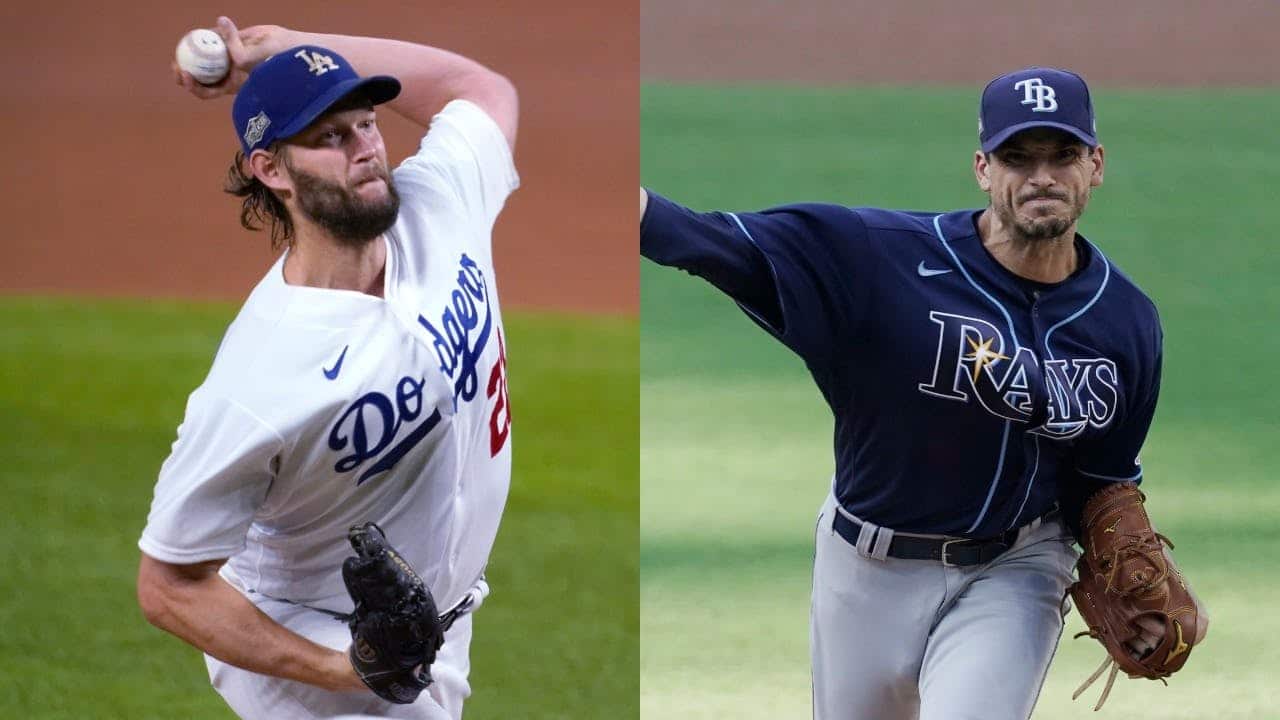 Countering with future Hall of Famer Clayton Kershaw and young buck Walker Buehler, the Dodgers are equally strong on the bump and could actually have an edge in the pen with a few more solid choices. Kershaw gets the nod in Game 1 looking to end his postseason misery. He doesn’t have to be great, just good enough to give his offense a chance. Another important piece is the confidence of closer Kenley Jansen. A solid outing against the Braves during the NLCS was the boost he needed to take care of the late innings.

We’re likely to get back to a more normal pitching sequence now that there are scheduled off days. That wasn’t the case in the earlier rounds and teams had to adjust accordingly. Having an additional day off allows Cash to organize his staff, but they are playing in Arlington for the first time while the Dodgers have been here for a few weeks. It has to feel like a home series for LA and they can put the playoff frustrations behind them with a World Series title.