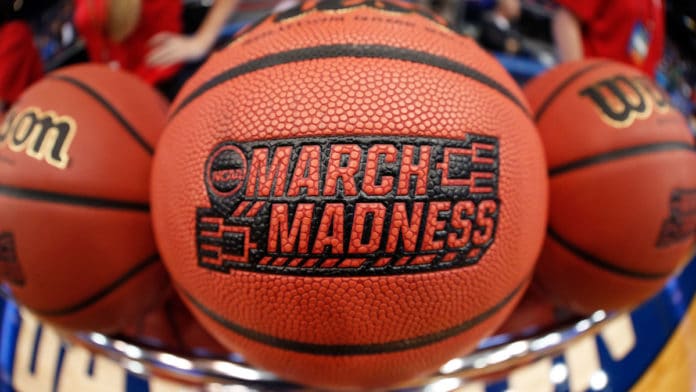 Let the games begin because March Madness is finally here! Wagering options are now up on sales and on legal betting sites. Feel the March Madness hype by looking into the most famous tournament odds among the different futures, spreads, odds, picks, and predictions in the National Collegiate Athletic Association.

As March Madness odds take over the nation, here’s a brief look at the top current odds in the NCAA March Madness.

National Basketball Association (NBA) is one of the major sports leagues in an international competition. College basketball tournaments are at the top list of every NCAA season. The NCAA is when strong and influential players take advantage of the exposure to show off their skills on the court, put themselves in the NBA draft, and pursue being a professional player.

College Basketball Futures are also one of the well-known betting odds every season. Bookmakers are the ones who generate Future odds to different schools, including some of their competitive quality as a team and exceptional individual players.

This year’s season of NCAA March Madness favorites, the leading team of college basketball odds to win the championship game, is predicted to be Gonzaga Bulldogs (+275). They have been ranked as the most outstanding college basketball team in the recent years of NCAA and have competed with various notable colleges.

Baylor Bears is the co-favorite in most sportsbooks, along with the leading team for the championship, Gonzaga Bulldogs.

March Madness is a popular event in the form of single-elimination rounds that competes all 68 NCAA men’s college basketball teams. The 68 teams are announced officially on Selection Sunday, which means that the national companies will broadcast the Selection of schools and teams.

Selection Sunday for the NCAA men’s basketball will take place on March 14, 2021, at 6:00 PM ET. After Selection Sunday, selection committees will eliminate four teams in the initiation round, leaving 64 teams for the first round, then splitting them into four regions.

Similar to other sports, a bettor chooses a team that he thinks will win based on a sportsbook and previous seasons. You have to select a player or team to wager on, then pay the amount. Moneyline is not that complicated. All you have to do is choose a team or player that is predicted to win.

A futures bet is a wager on odds that take place during or later than the game. You wager on a different outcome but are expected and shared in a single game that will finish in the future.

Bracket Pools are immensely popular among sports bettors. Prediction skills of any Bracket Pool bettors must be accurate and precise because they are basically predicting the NCAA tournament’s outcome.

Using statistical data to fill out predictions regarding brackets during March Madness takes a lot of time and uses a lot of their mathematical skills.

In the second round of the tournament, the remaining 32 teams will now be cut into 16 teams to compete. Teams must win two games to be part of the Sweet 16 teams.

In the NCAA, there are a lot of Sweet 16 odds and brackets for you to bet on. Prop betting is also part of the NCAA, including the team’s animal mascots and other specific bets during the game.

Elite Eight gathers some of the finest players and teams for most of the rounds in the NCAA. The teams who won the Sweet 16 match are automatically part of the Elite Eight. This is the time where players standout individually to become future national players.

There is a lot to predict in the Elite Eight, including scores, brackets, and prop bets every March Madness. However, in Elite Eight, tough players would make it to this round. Most sportsbooks predict this year’s season that the Gonzaga Bulldogs and Baylor Bears will most likely compete in this elimination round.

The Final Four predictions and picks this season will be among the Gonzaga Bulldogs, Michigan Wolverines, Baylor Bears, and Alabama Crimson Tide.

Among these four, the Bulldogs have the most aggressive and offensive attacks out of the many schools in the NCAA. However, their defense is inferior to their vigorous attacks. To balance their game, they score from time to time against any team regardless of the difficulty.

Betting is choosing finalists for the NCAA event, selecting the right odds, and placing bets on the team with the highest chances of winning. NCAA March Madness odds are exciting events to look forward to, fulfilling both of your wits and luck. Unfortunate and unexpected circumstances may happen. Make it memorable and have some fun while winning some bets.

Make the most of your NCAA betting fun and thrilling experience by making informed decisions and through legal ways.