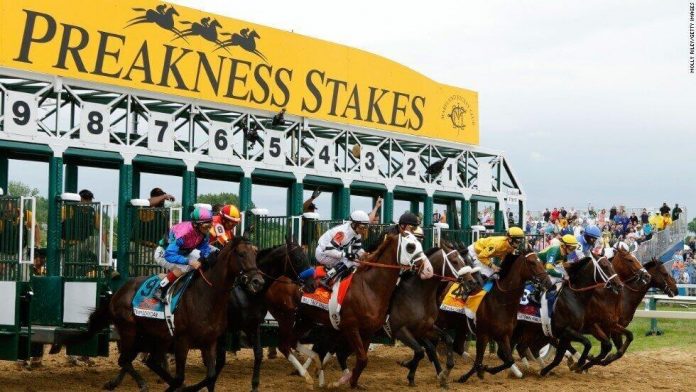 The second leg of the Triple Crown is generally considered much easier to handicap than the first, but the Preakness Stakes brings its own set of challenges. This year’s field is a healthy mix between colts who ran in the Kentucky Derby and newcomers to challenge Always Dreaming in his quest to capture the second Triple Crown in the last three years.

There definitely are a couple cases to be made about the Illinois Derby winner. He’s got one tremendous Beyer Speed Rating under his belt, that being his 104 at the Illinois Derby. He’s also got prime real estate on the rail at the Preakness. But aside from that, he’s got poor workout figures, and Prime Power considers him the ninth best horse in this field.

Cloud Computing has a shot to challenge Always Dreaming for the lead in the early going at the Preakness. Should he snare the front spot, he’ll have a chance to money, though it’s a bit bothersome that he had the points to run in the Kentucky Derby and was sat out for a “lack of seasoning.”

We’re not really sure Hence belongs amongst the big boys. Yes, he won the Sunland Derby, but that was his only race with a Beyer beyond 86 in his career. This could be a one-hit wonder.

It wasn’t a totally “dreamy” draw for Always Dreaming, but he has very little speed to his inside and should have a clean run at the second leg of the Triple Crown. The fact that he’s farther inside than Classic Empire should ensure an inside trip should jockey John Velazquez want it once again. There aren’t many circumstances we could draw up that at least wouldn’t have Always Dreaming right there at the end of the Preakness Stakes.

We’re starting to believe this horse is just snake bitten. Every time he’s had a clean run in a race, he’s won. But the Kentucky Derby now make three really suspect trips in his career out of eight races, and his post just to the outside of Always Dreaming is going to effectively force him to run early, yet ultimately run a slightly longer race than the favorite. If Classic Empire wins the Preakness, he’ll have earned it and will probably be viewed as the best three-year old thoroughbred we’ve got this year.

Maybe the most underplayed horse in the field. It’s easy to forget that Gunnevera was favored over Always Dreaming at the Florida Derby two races ago. He was also one of the most bet upon horses in the Kentucky Derby field relative to his odds. Still, Gunnevera has disappointing results of late with just two wins in his last six races.

It almost feels like Term of Art was thrown into this field just for the sake of being thrown in. His speed figures are poor, topping out at 92, and he’s already been a 90 to 1 longshot at one point in his career.

More fodder. Senior Investment was 12 to 1 in what turned out to be a relatively weak Louisiana Derby field, and though he did go on to win the Lexington Stakes, he was only 11 to 1 in that upset.

When the dust settles, we suspect Conquest Mo Money will be the fourth choice to win this race at around 12 to 1. He’s got early speed, but jockey Jorge Carreno is going to have to work really hard to bring him to the head of the pack without running a horrible outside race.

Check out the latest Preakness odds.