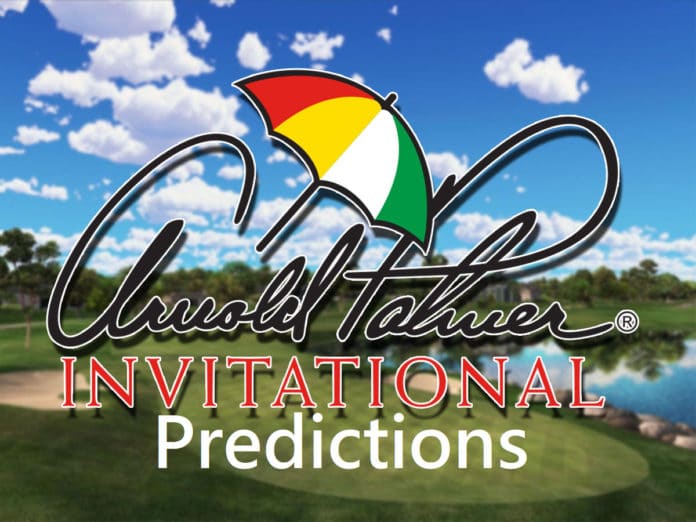 The PGA Tour visits Orlando for the Arnold Palmer Invitational this week. Tyrrell Hatton posted a one-shot victory last year becoming the fifth straight international player to win. Hatton and the rest of the field are behind Rory McIlroy at the top of the odds board.

Bay Hill has hosted since 1979 and there have been few changes since that first playing. The adjustments that were made were designed to increase the appeal to amateurs and the public while remaining a challenge to the Tour pros. A recent renovation added close to 50 yards putting the scorecard distance at 7,454 yards. It plays long but is inviting with wide fairways. However, thick rough puts accuracy at a premium and brings into play long irons. The par 4s don’t typically yield a lot of birdies so making up strokes will be done on the four par 5s that average 557 yards. Being in Florida there is plenty of water and wind always seems to be a factor. It did last year when Hatton, Marc Leishman, Sungjae Im and Bryson DeChambeau were the only players to finish with a below par score.

Speaking of Leishman, last year’s runner-up continued his string of success at Bay Hill making him a solid play at plus odds in this matchup. Along with his solo second Leishman has a win (2017) and an additional top-10 in his last four starts. Toss in a T3 back in 2011 and few players have enjoyed Arnie’s layout more. Recent form is solid, too, with a T4 in Hawai’i among his two top-20s over his previous four starts.

Since there is an international theme at this event why not back a recent winner on the European Tour. Bezuidenhout won back-to-back in his native South Africa at the end of last season as part of five top-25s in his last eight ET starts. He played the weekend in his last two major championship starts and was T32 at last week’s WGC. With a Euro feel to the field you can expect Bezuidenhout to stand out.

Can we start trusting Spieth again? Things are trending up for him with three straight top-15s, and the Bay Hill layout should assist his drives. He is making his tournament debut and water is never something a player that hits errant tee balls wants to see. But Spieth is loaded with confidence after top-5s in Phoenix and Pebble Beach. A Saturday stumble cost him at the Genesis, but he still claimed a T15, which is impressive on its own.

No one on Tour is playing better than Hovland right now so I’m going to ride him as long as possible. A T2 at The Concession was his third straight top-5 and fourth in five starts that included a win at the Mayakoba in December. Admittedly not a fan of Florida golf, Hovland dispatched that notion last week. He’ll have to do the same at Bay Hill after finishing outside the top-35 in his last two visits. He certainly isn’t the same player, though.

This is an interesting matchup between golfers who have done well at Bay Hill in the past. I’m leaning toward Fitzpatrick, though, based on his recent play. He won in Dubai on the Euro Tour in December and grabbed another top-20 before heading to the PGA Tour where he collected a T5 at the Genesis and a T11 at last week’s WGC. He was runner-up here in 2019 and placed ninth last year, so it’s hard to argue against him.