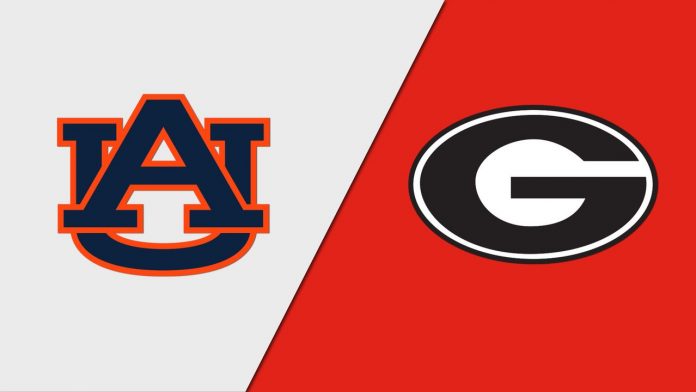 In what has become a routine occurrence in the loaded SEC we get a matchup of top-10 teams in a primetime setting on Saturday when the No. 7 Auburn Tigers take on No. 4 Georgia Bulldogs between the hedges. However, unlike some recent league games don’t expect this one to be a shootout. The annual rivalry game usually slated for later in the year gets a head start with both teams looking to make a statement in the shortened conference-only schedule. The biggest question heading into this week is who starts at quarterback for the Dogs. USC transfer J.T. Daniels received clearance to play and could patch one of the few holes in the UGA lineup.

The game between the Auburn Tigers and Georgia Bulldogs will take place at Sanford Stadium in Athens, Georgia at 7:30 p.m. ET on Saturday, October 3, 2020, and will be televised on NBC.

Every game matters, but in this unusual year it’s a 10-game sprint with no margin for error when playing every game against a conference foe. There’s a lot at stake for two teams with championship aspirations, that’s what makes this matchup so interesting. Auburn opened its season with a 29-13 cover win over Kentucky last week, but it was much closer than that. The Tigers led by just a deuce entering the fourth quarter getting a pair of Bo Nix touchdown passes to pull away. A shaky situation at quarterback has scared off some Georgia backers. The Dogs opened as a 7.5-point favorite with the line being wagered down to -6.5 with Auburn getting nearly 60 percent of the early action. The total hasn’t moved since hitting the board at 45.

There is no question about Auburn’s starting quarterback. Last year’s SEC Freshman of Year Bo Nix picked up where he left off throwing for 233 yards and three touchdowns to get the Tigers past a pesky Kentucky team. Nix and Seth Williams have developed some chemistry in the passing game with the receiver catching six balls for 112 yards and pair of scores. “They’re on the same page. They’re starting to develop that special connection between a quarterback and receiver,” Gus Malzahn said. 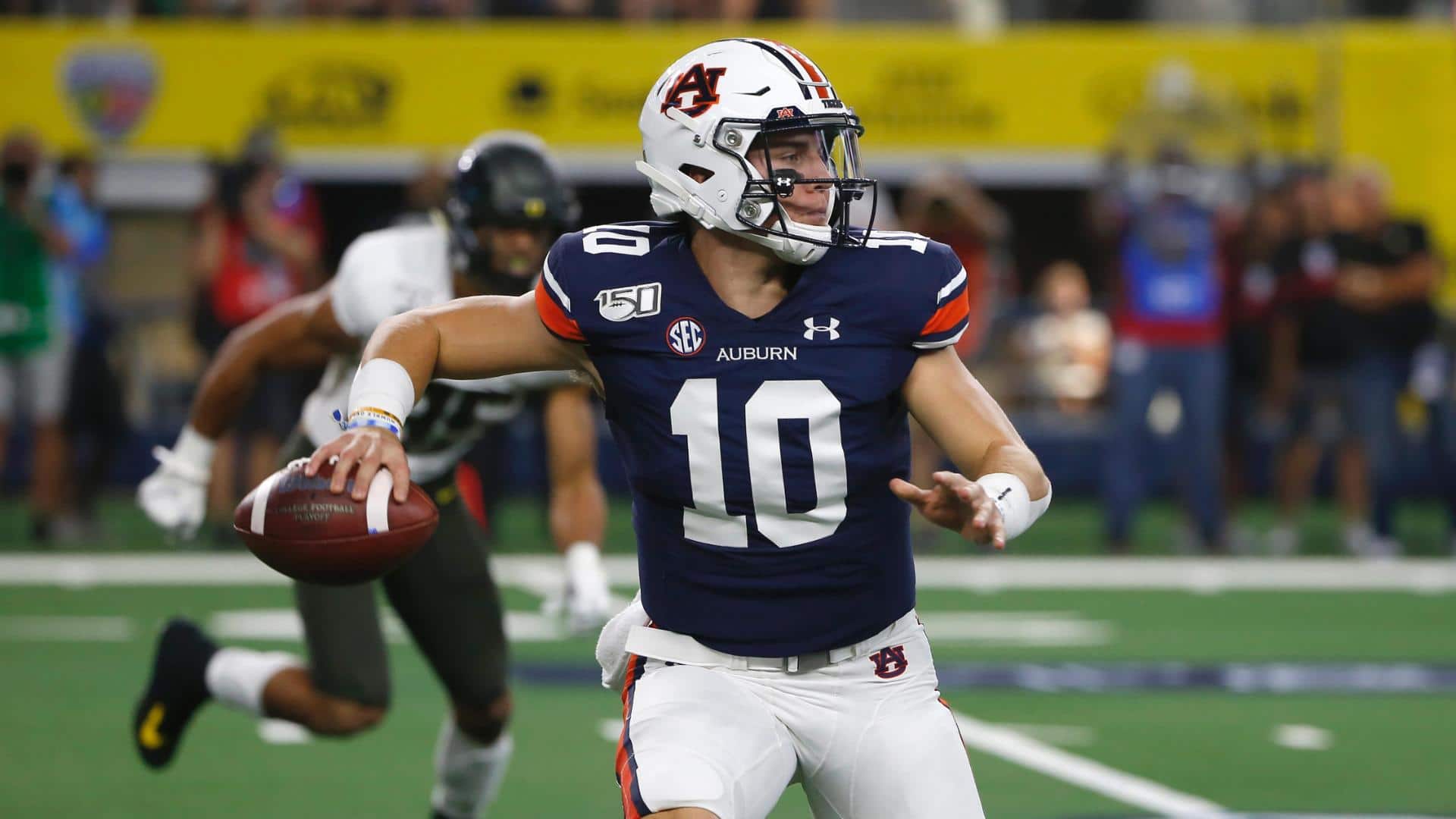 Expectations weren’t high for Auburn entering the season, at least by SEC standards. And the Tigers were an afterthought as far as the CFP goes. The season looks a whole lot brighter now and it could be blinding with a win on Saturday. The Tigers will be favored in their next three games with Arkansas, South Carolina and Ole Miss on the slate. They don’t want to put the cart before the horses, but a 5-0 start is a possibility.

Moving away from the ground game that defined Auburn football for so many years, new offensive coordinator Chad Morris installed a more wide-open pass attack that forces defenses to cover the entire field. While the numbers weren’t off the chart, Nix did a masterful job running the show. Auburn totaled 324 yards without a turnover. They better be a little more dialed in Saturday against a Georgia defense that stifled Arkansas.

For a team that scored 37 points in its season-opener, there are a lot of questions surrounding the Bulldogs’ offense, and it starts at quarterback. The position opened up when likely starter Jamie Newman opted out and it became more unsettled when Daniels was recently cleared to play. D’Wan Mathis started against Arkansas completing 8 of 17 for 55 yards with a pick. The Dogs ran 49 offensive plays but didn’t get an offensive score until the end of the first half when Jack Podlesny kicked a field goal at the gun. 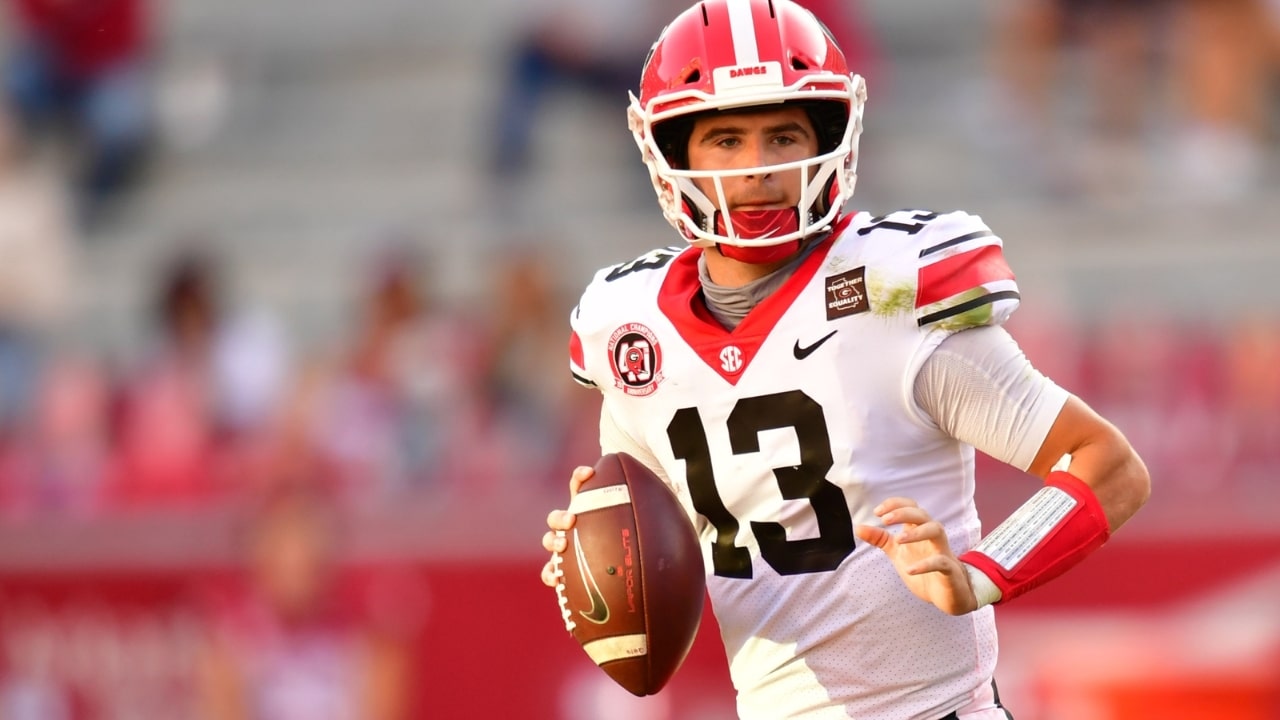 That was enough for Kirby Smart, who made the switch to Stetson Bennett for the second half. The offense came to life, sort of, with Stetson throwing for 211 yards and two touchdowns completing 20 of 29. “We’ll be looking at everybody across the board. J.T.’s got to be able to show that he can function efficiently and do it with his knee being able to do it,” Smart said.

Being able to run the ball effectively would sure help whoever’s behind center. The Dogs managed just 2.9 yards per carry against the Hogs with Zamir White going for 71 yards and a touchdown on 13 carries. If the defense plays like it did last season and in the opener Georgia won’t need to score a ton of points. They held Arkansas to 280 total yards and 3 of 14 on third down while forcing three turnovers.

It’s hard to see where the points are going to come from in this one. Georgia needs to figure out its quarterback situation and both squads had trouble running the football last week. What’s alarming for the Dogs is that they had trouble putting away a team that hasn’t won a SEC game in nearly three years. Nix solidifies Auburn’s offense and gives his team a better shot at winning than the guys on the other side. Not only will the Tigers cover the line they’ll get the upset victory.