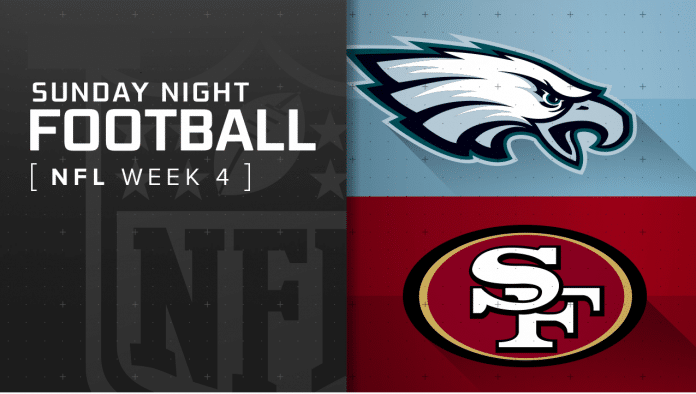 Despite going winless through their first three games the Philadelphia Eagles are right in the thick of the NFC East race as we reach the one-quarter mark in the regular season schedule. A Week 4 Sunday Night Football matchup with the reigning NFC champion San Francisco 49ers will make getting that first W difficult, though. The Niners did their best Snake Plissken imitation by escaping New York with a pair of wins. Though they were hit hard with injuries the Niners hammered the Jets and Giants by a combined score of 67-22. San Francisco looks to extend its two-game SU and ATS winning streak as a 7-point favorite on the current NFL betting line.

The game between the Philadelphia Eagles and San Francisco 49ers will take place at Levi’s Stadium in Santa Clara, California at 8:20 p.m. ET on Sunday, October 4, 2020, and will be televised on NBC.

We’ve already seen plenty of movement on the line and that’s likely to continue up to kickoff. Significant injury losses for the 49ers had a lot to do with the spread hitting the board at SF -5.5. Watching the Niners JV team blitz the Giants gave backers plenty of confidence to throw down on the home team. That line was bet up to -7. Once the betting public realizes the Eagles aren’t as bad as the NY clubs we should see the number come down. But are the Eagles better? They coughed up a 17-point lead to the team formerly known as the Redskins in Week 1, offered little resistance to the Rams in Week 2 and settled for a tie last week against the Bengals as a 5.5-point home favorite. They are 0-3 ATS.

I don’t think Doug Pederson saw this coming. The Eagles are one of eight winless teams through the first three weeks of the 2020 NFL season. If it’s worth anything there are six teams worse off than they are. That’s because Philly avoided its first 0-3 start since 1999 by playing the Bengals to a 23-23 tie last week. And since they play in the weakest division in football winning one game changes the outlook in the standings. Dallas and Washington are tied atop the NFC East with a record of 1-2.

The offense will have to be more consistent and that starts with Carson Wentz, who’s thrown two interceptions in each of the first three games. He’s tied with Minnesota’s Kirk Cousins for the most picks in the NFL and it’s no coincidence those teams are part of the winless clan. Wentz will take the heat even though he hasn’t received much support. Alshon Jeffery has yet to play and top-pick Jalen Reagor is out indefinitely. It’s not a good sign when former college quarterback Greg Ward is one your top pass catchers.

Wentz hasn’t had a lot of time to throw the football either, putting added pressure on a beleaguered line. There has been some improvement in that area with only three sacks allowed the last two games after giving up eight in the opener. At least Wentz won’t be bothered by Nick Bosa and Solomon Thomas on Sunday. The Niners top pass rushers went down with season-ending injuries on their recent road trip.

No team goes through an entire season without having to deal with injuries – that’s life in the NFL. The Niners had a relatively injury-free 2019 and we saw them win 13 regular season games and advance to the Super Bowl. Well, the good luck has run out. Few teams have been hit harder in the first few weeks. That they were able to get the sweep in New Jersey shows us how deep the Niners are or how bad the Jets and Giants are. Probably a little bit of both. 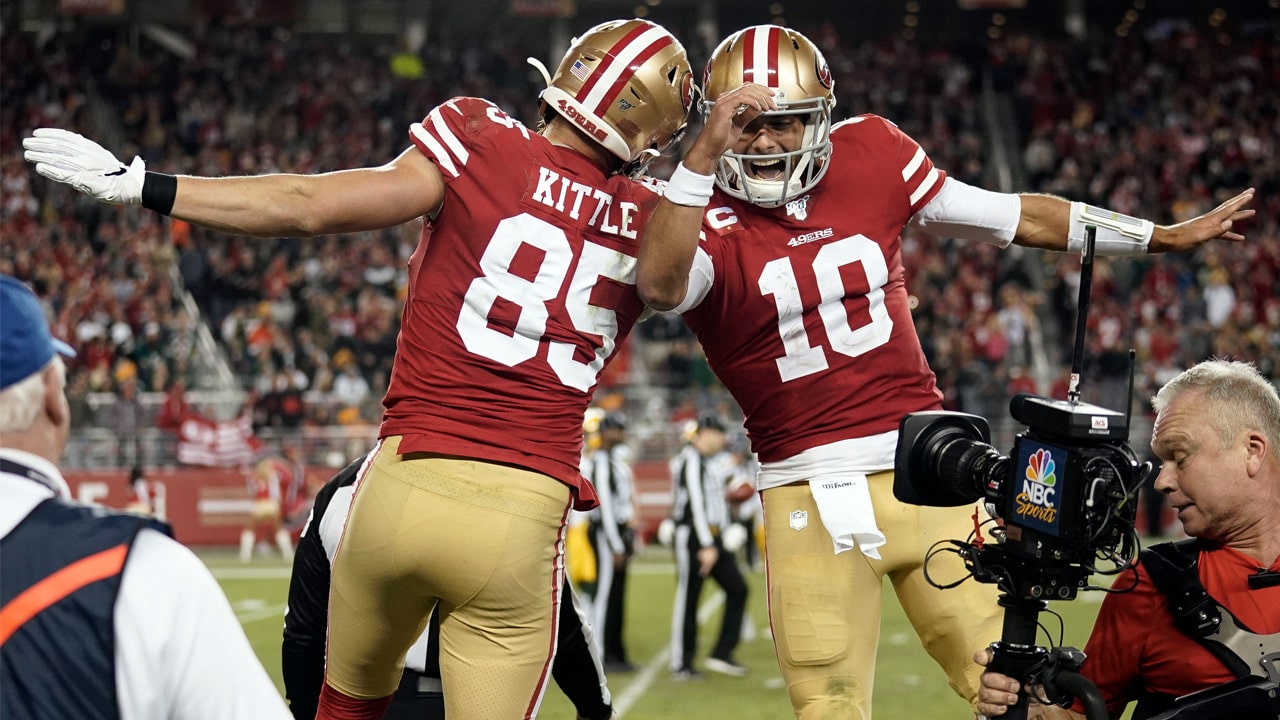 Playing without Jimmy Garoppolo, George Kittle, their top two running backs, a pair of stud defensive lineman and an All Pro cornerback, the Niners dusted off the Giants 36-9. We’re likely to see Nick Mullens behind center again this week which isn’t a significant dropoff. Mullens threw for 343 yards and a touchdown on 25 of 36 passing. But he isn’t facing the Giants either, so we could likely expect different results.

It wasn’t just the Niners who silenced the offenses of the New York teams. That’s been a common occurrence early this year. The two lowest scoring teams in the NFL combine to average 25 points per game, which is less than over half the teams in the league. The Eagles are a touchdown better than the Giants but score just 19.7 points per game. This has the chance to be another nice showing for Robert Saleh’s defense.

The Eagles are hopeful Jeffery and DeSean Jackson are able to play this week. Their presence will do wonders for the confidence of Wentz. It will also help against a ravaged Niners defense. And Frisco isn’t facing a hapless team from New York this week, though Philadelphia is close. We’ll get a game on Sunday night with the Eagles covering the line and with a few breaks posting the upset.