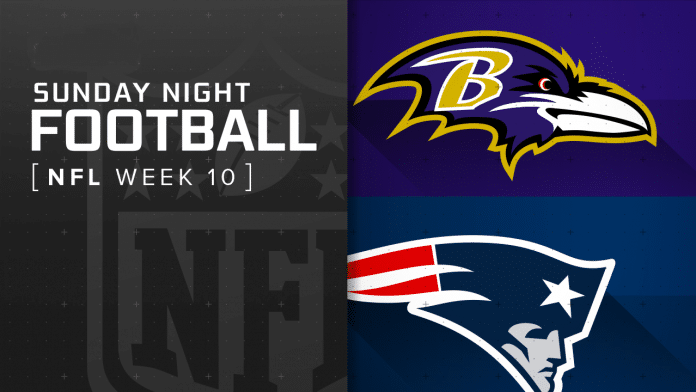 The New England Patriots avoided the embarrassment of becoming the first team to lose to the Jets, stopping a four-game losing streak in the process with a 30-27 comeback win on Monday night. Either the Pats are slightly better than the NFL’s only winless team or maybe they got the bad parts of the season out of the way. Things haven’t been rosy in the post-Tom Brady era giving the Baltimore Ravens reason for optimism heading into their Week 10 Sunday Night Football contest in Foxboro, or is it Foxborough? The Ravens opened as a 7-point favorite to extend their road winning streak to 11.

The matchup between the Baltimore Ravens and New England Patriots will take place Sunday, November 15, 2020, at 8:20 p.m. ET at Gillette Stadium. The game will be televised nationally on NBC. 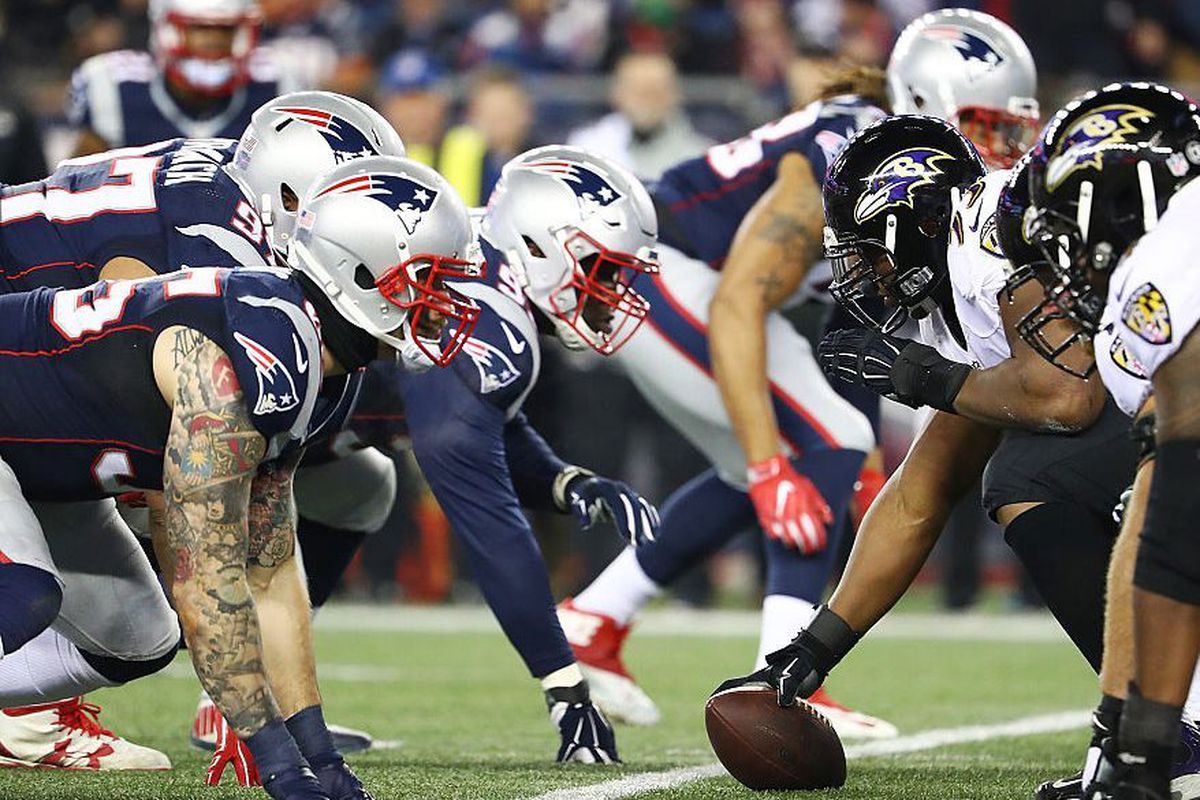 Responding to a critical loss to AFC North rival Pittsburgh in Week 8, the Ravens needed a half to get going against Indianapolis last week. Once they did it seemed like old times. Lamar Jackson found his comfort zone, the defense shut down Philip Rivers and the Ravens escaped with a 24-10 win in a game they had no business winning, at least through the first half. While some experts fault them, the Ravens improved to 6-2 SU and 4-4 ATS with the payout. It was also their 10th straight road win and they are positioned as a touchdown favorite to extend that streak. Over that run they are 7-2-1 ATS.

The offensive struggles of both teams were not lost on oddsmakers, who set the total at 40.5. The betting public jumped on the OVER forcing a spike to 43.5. Still, that number is currently the lowest on the Week 10 board and right in line with where the Pats have been most of the season. They went OVER the closing total of 42 in Monday’s 30-27 win over the Jets, but failed to cover the 9-point spread. New England is just 1-4 ATS in its last five games and a narrow win over a bad Jets club didn’t inspire a lot of confidence. 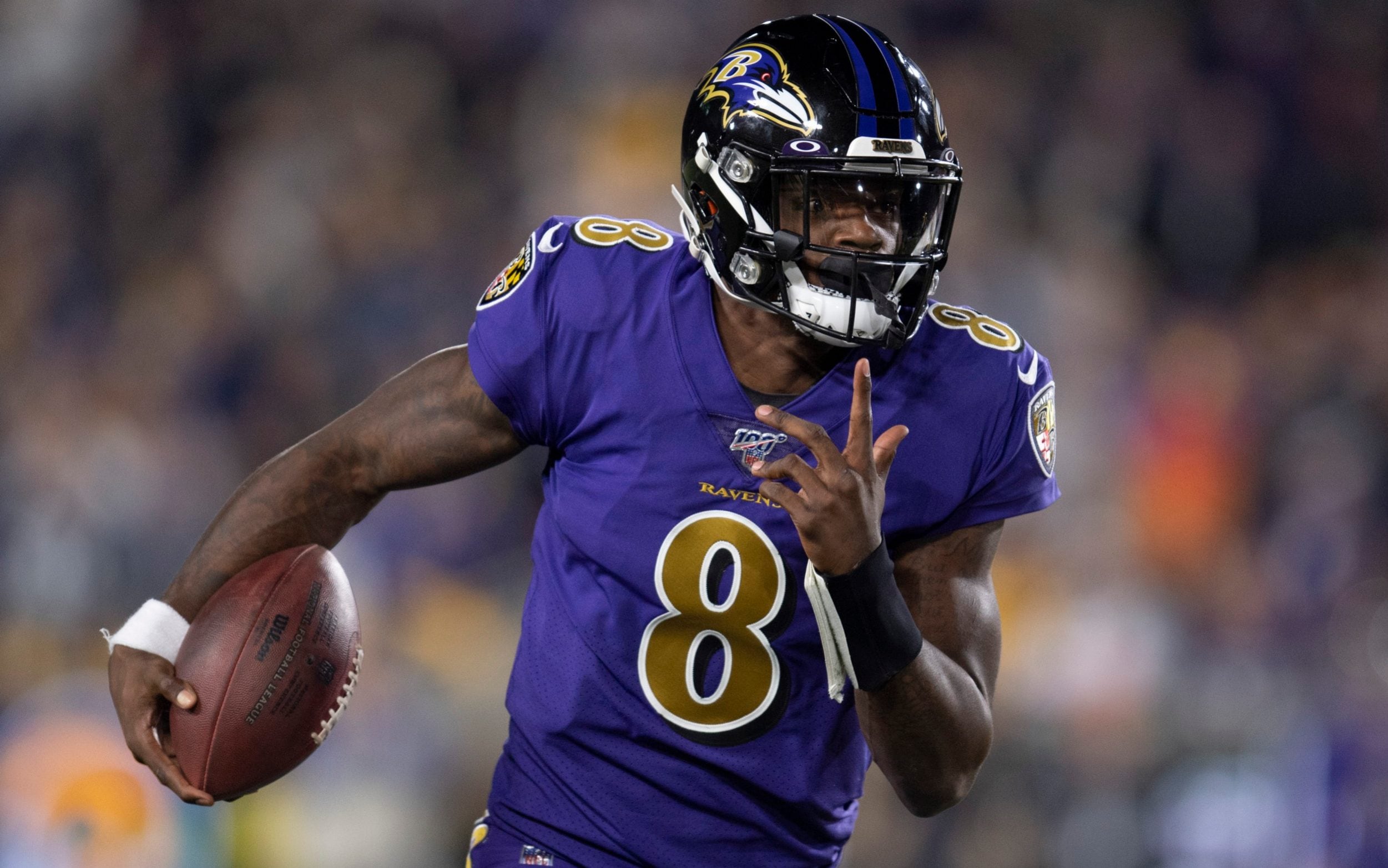 This isn’t the same offense that led the league in scoring last season. Jackson has regressed some, but he was so good last year that was almost to be expected. The reigning NFL MVP overcame an awful four-turnover game against the Steelers and a rough first half against the Colts to get his team a victory. In the end that’s all that matters and right now the Ravens have the same record as they did through eight games last season. Jackson hasn’t passed for more than 208 yards since the season opener, but the Ravens again own the NFL’s best run game averaging over 170 yards with Jackson leading the way with a team-best 469 yards.

The Ravens always seem to pack a punch of the defensive side of the football and this season is no different. The group can score, too. Chuck Clark’s fumble return touchdown provided the only first half points last week. It was Baltimore’s sixth defensive touchdown in the last 10 road games. They’ve held five opponents to 17 points to lead the NFL in scoring defense at 17.8 points per game. 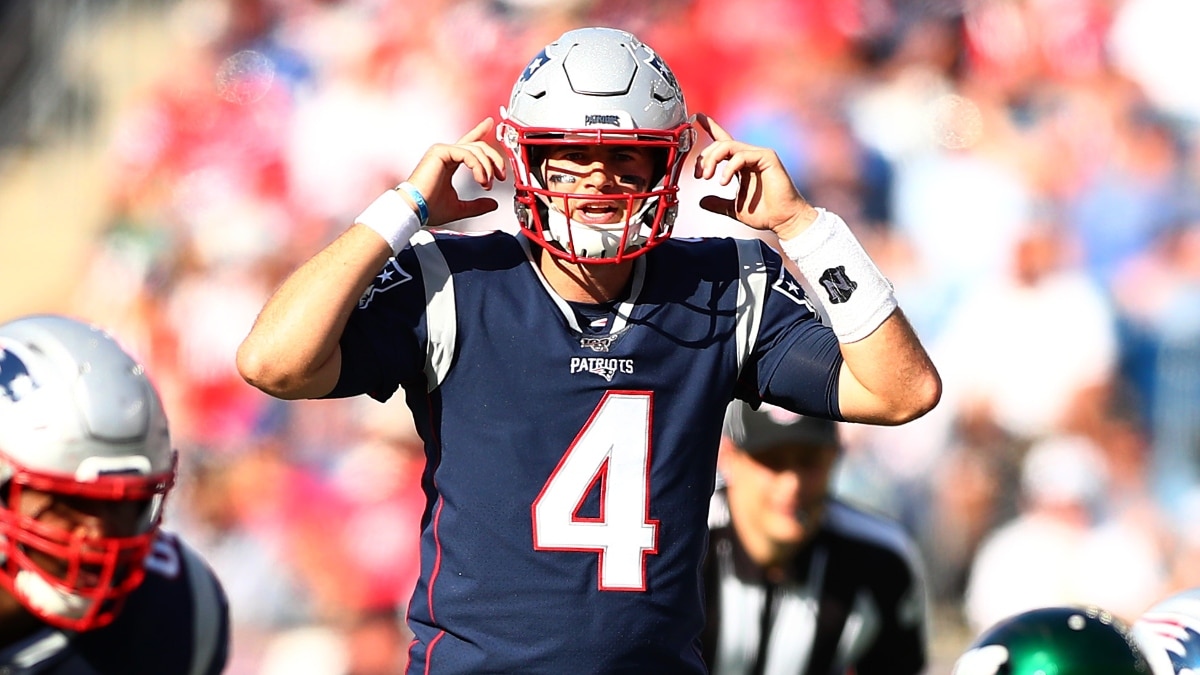 Beating the Jets snapped a four-game losing streak, but most probably feel worse about the Pats after that narrow victory. Scoring the final 13 points with the winner coming on a 51-yard field goal, it was the closest game of the season for winless Gang Green. No Brady means a lot of problems in the passing game. The Pats have the 28th ranked pass offense averaging only 202.3 yards. They haven’t gotten a touchdown pass since Jarrett Stidham in Week 4 and have just three on the season with their trio of quarterbacks combining for 11 interceptions.

On a positive note the Pats didn’t turn the ball over last week, the first time all season they’ve done that. However, they have 15 giveaways and their generosity with the football could be a problem against a Ravens club that’s forced 14 turnovers and has at least one takeaway in an NFL record 21 straight games. Valuing the football is a necessity to beat the Ravens, and even that probably won’t be enough. 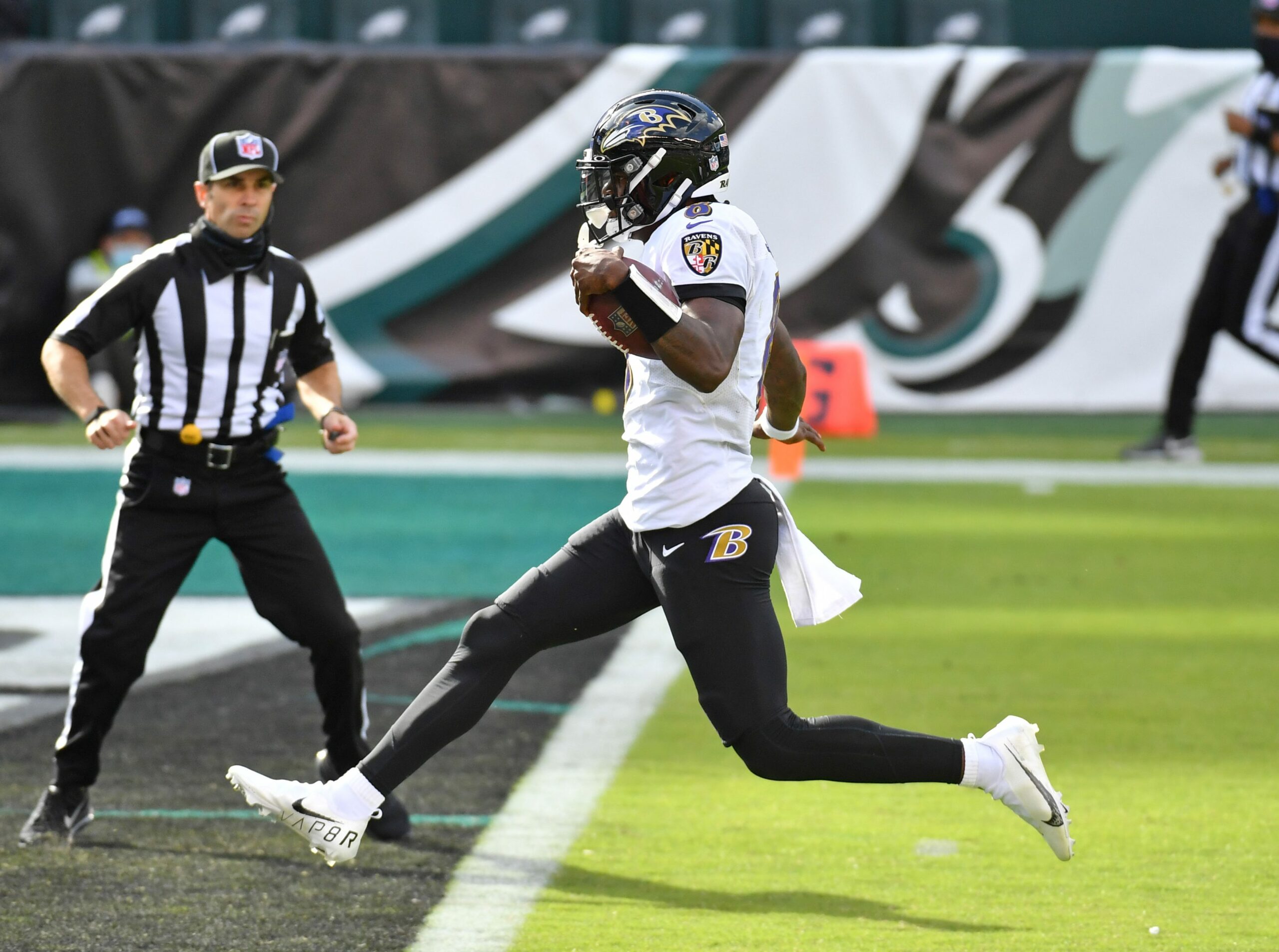 The last time the Patriots played as a home dog of at least 7-points Brady was a rookie, so we are in unchartered territory. It’s hard to see New England doing much against a stout Ravens group that got stronger with the return of Marlon Humphrey and leads the league in fewest points allowed while boasting the third-best third-down defense. Baltimore needs to keep winning to keep pace with Pittsburgh in the AFC North, and this is a game they should win. And I expect them to by more than a touchdown.