So far, there’ve been eight UFC events in 2017, meaning in just three full months you’ve had nearly 100 fights to bet on. So how’s that been going for you?

If you’ve been following our Cherry Picks this year, you’d have come out with a positive cash flow as we’ve got better than a 2:1 winning ratio in 2017 (and that’s including a steady dose of Underdog Specials!).

Speaking of underdogs, we’ve compiled a list of every underdog winner that was at least +200 going into Fight Night here, according to the UFC odds at BookMaker.eu – where you can bet on MMA fights all year.

Let’s take a look at the biggest upsets of the first quarter and see if we can take away any lessons for upcoming fight cards. 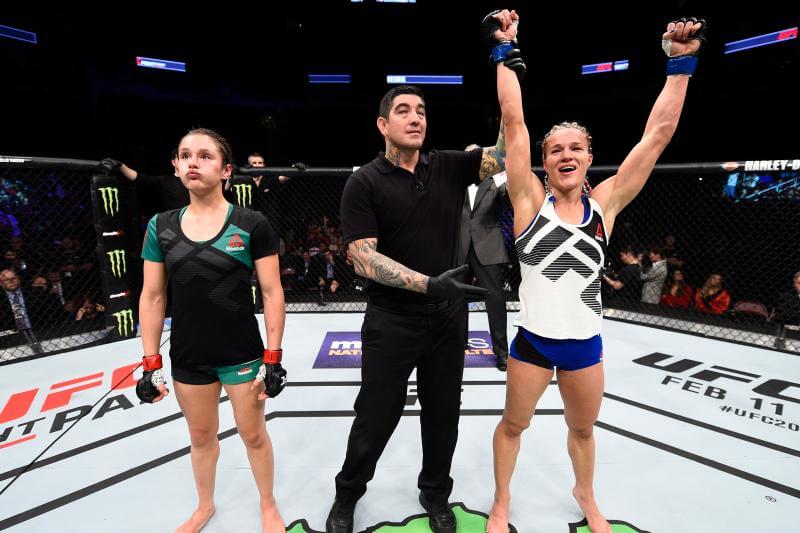 Herrig was the night’s big winner, beating an undefeated blue chip prospect in a close, gritty affair. The lesson here is to tread carefully when it comes to highly hyped fighters facing veterans.

Grasso is at times an overly patient UFC fighter, despite her smooth technique, and Herrig gamely took advantage with a high work rate and constant pressure and gave us one of the best female fights we’ve seen in ages. 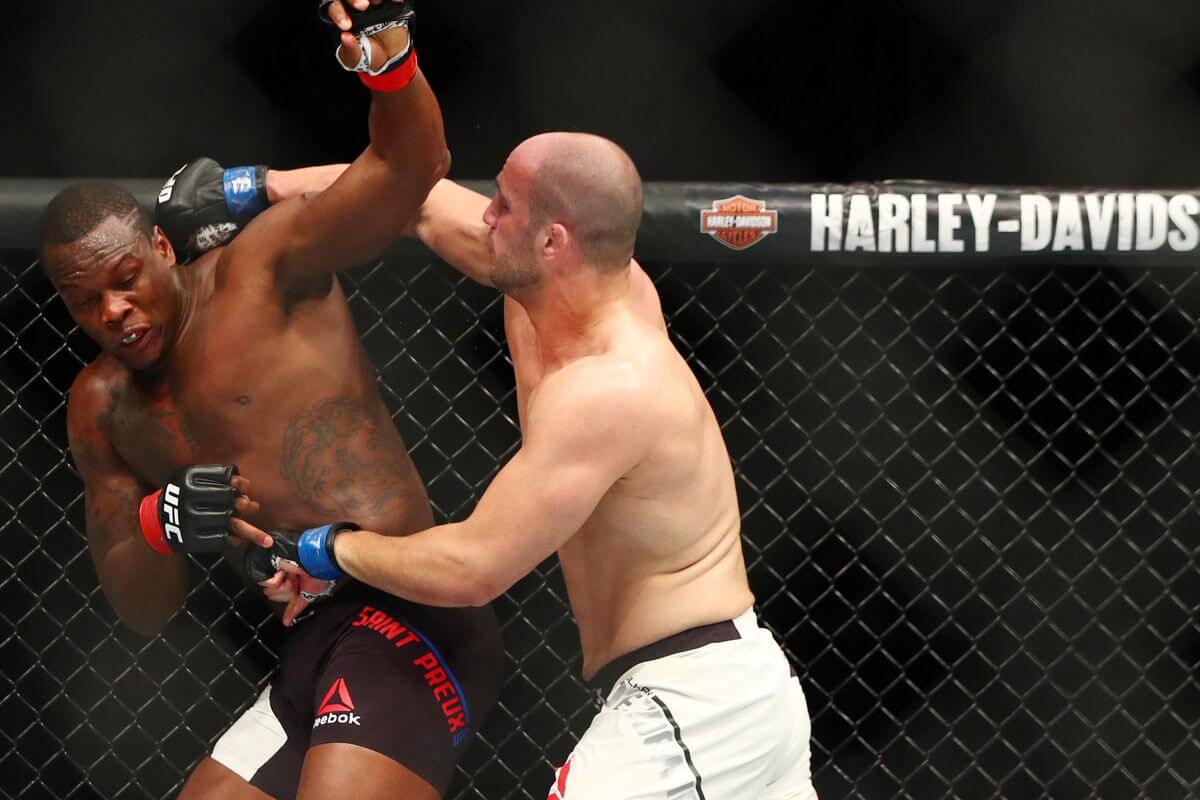 Ovince St. Preux followed up a failed title bid against Jon Jones with a listless performance against Jimi Manuwa. The former Tennessee lineman looked gunshy and gassed early against the British knockout artist.

Oddsmakers chalked that up to an off-night and made OSP the heavy favorite against a UFC rookie making his debut on short notice. OSP disappointed again, and the same problems resurfaced against Oezdemir. 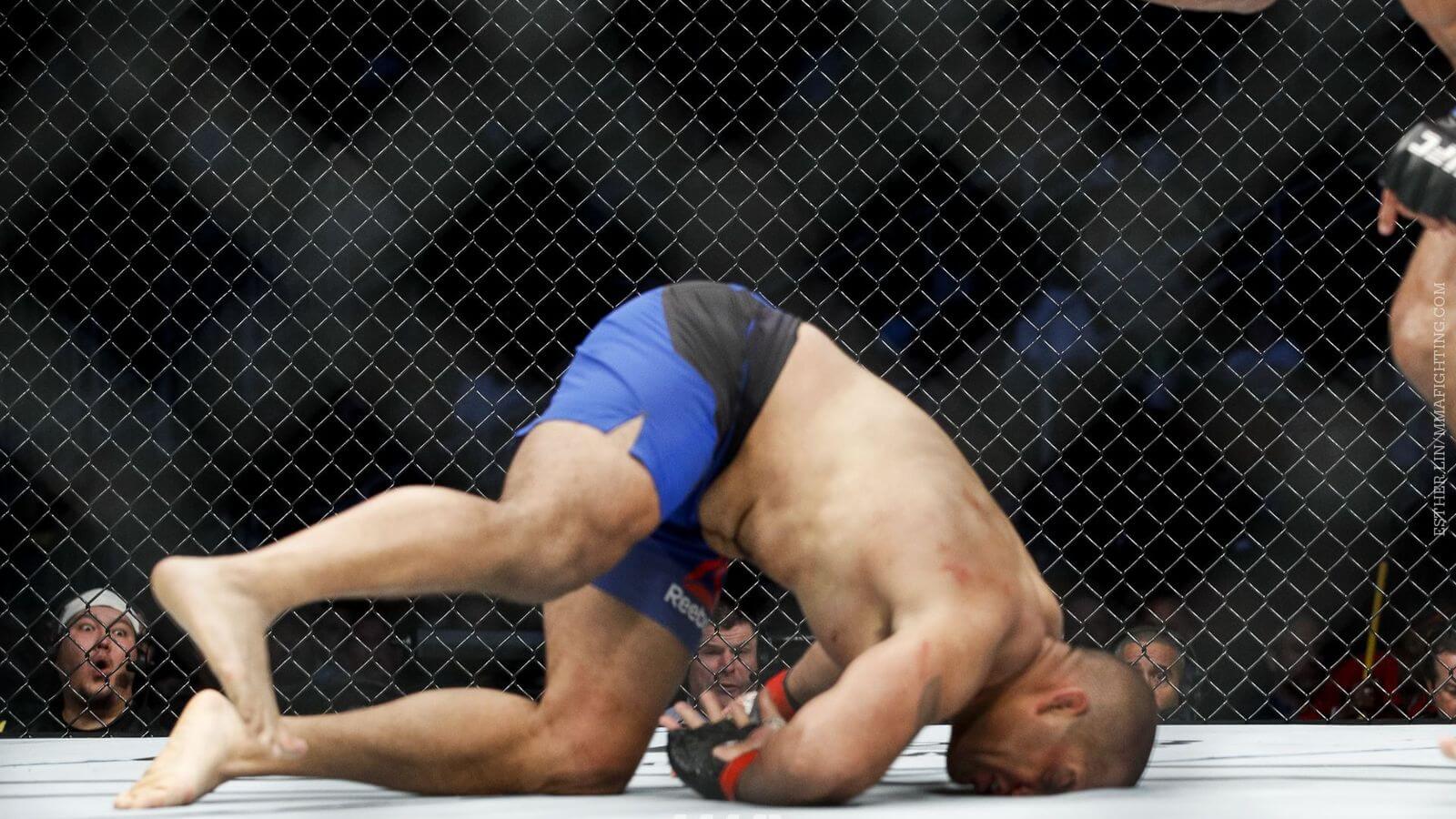 Though Marcel Fortuna is a natural light heavyweight, he was willing to fight up a weight class – against the 6’5”, 260-pound Anthony Hamilton – to punch his ticket into the UFC.

Though Hamilton muscled around the newcomer for a few minutes, Fortuna planted a rocket on his chin and laid “Freight Train” out so badly, Hamilton struggled to his feet during the announcement.

It was a loud reminder that in a brutal fight division where everyone has knockout power, you’ll always have a puncher’s chance on a heavy underdog. 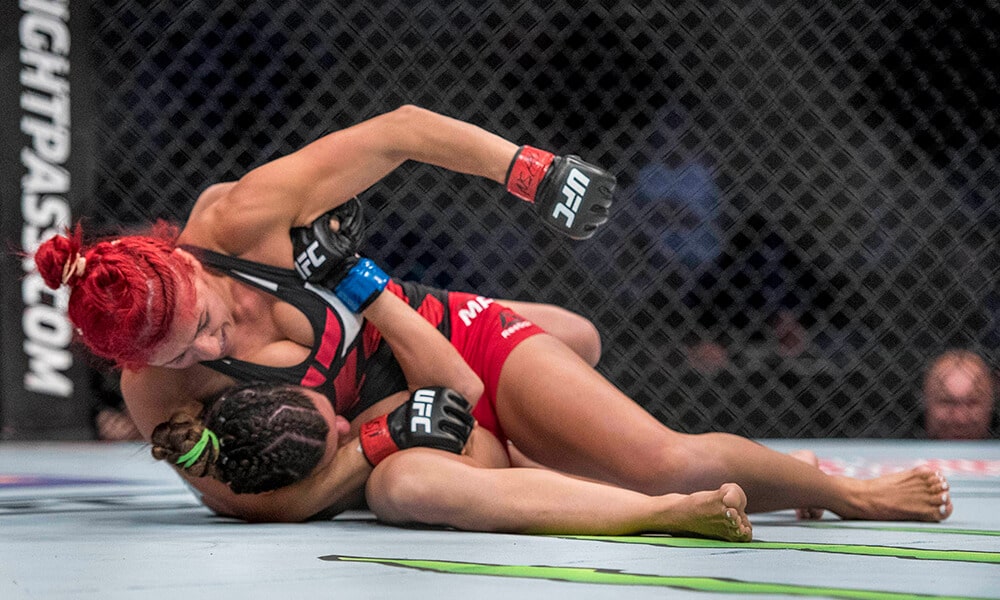 Lesson: Don’t Give Former Champs Too Much Credit

Carla Esparza was the strawweight division’s first champion as the result of winning TUF 20, but she’s never really been a dominant fighter. Though she should have been favored against the up-and-down Markos, it wasn’t going to be an easy fight.

While the win could have gone either way, savvy gamblers could have seen that his was a much closer fight than the odds suggested and bet accordingly. 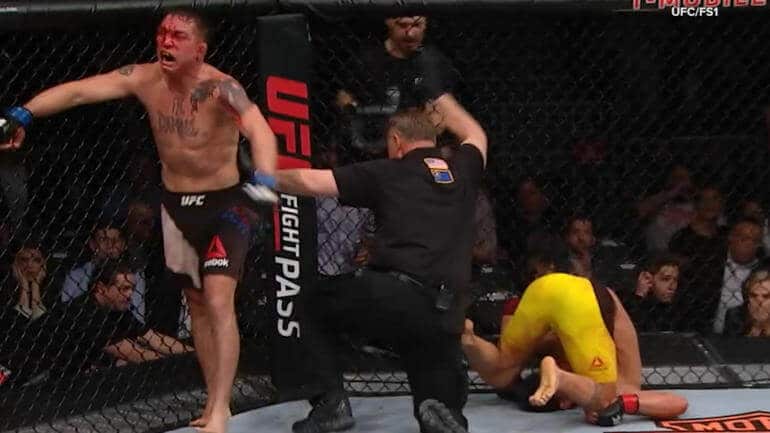 On paper, Bektic would beat Elkins 99 times out of 100. This night just happened to be the lone exception. The stud prospect laid a cringeworthy beatdown on the tough vet for two rounds before Elkins uncorked one of the most dramatic final-round comebacks in recent history. The UFC odds at BookMaker.eu had Elkins as more than a 5-1 underdog, making this the biggest upset–and one of the best UFC fights–of the year so far. 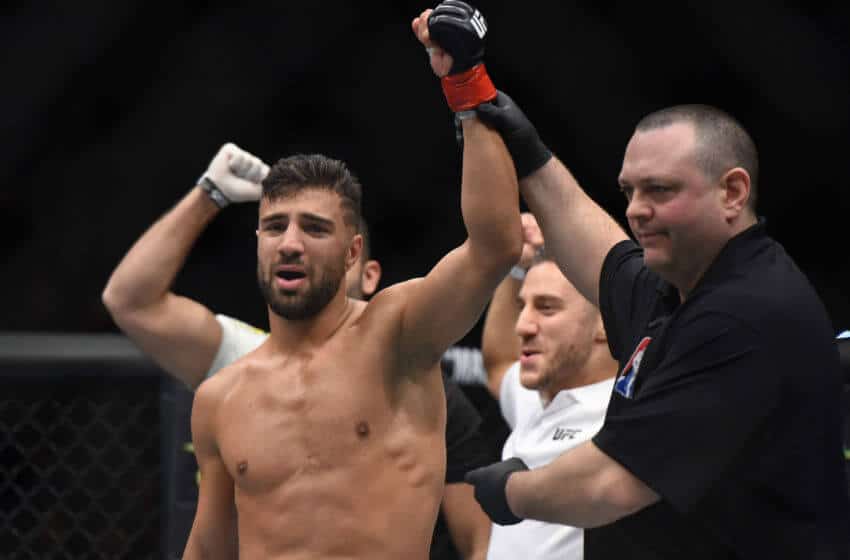 Vannata opened a lot of eyes in his UFC debut, going toe-to-toe with Tony Ferguson. He then scored a spectacular wheel kick knockout in his follow-up. He got a lot of exposure in both fights, giving him a name among fight fans. Though his opponent, David Teymur, had a 2-0 UFC record coming in, almost nobody knew who he was.

Had they watched his previous fights, they would’ve seen a highly technical striker who knocked out his both his octagon opponents. Going up against another striker in Vannata, Teymur had a solid chance at scoring an upset. 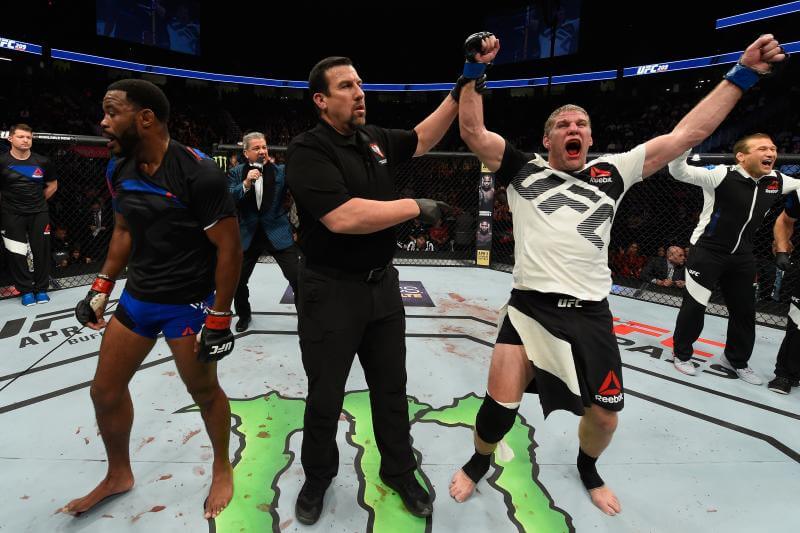 Lesson: Looks Can Be Deceiving

There’s actually a few lessons we got into already that can be applied here. Like Esparza, Rashad Evans is a former champ that was being overvalued. And like OSP, Evans was a fighter that looked terrible in his last matchup. Though he was moving down in weight,  the speed and athleticism that won “Suga” the light heavyweight championship hasn’t been seen in years.

But the money line probably also had a lot to do with Evans’ opponent. 39-year old Daniel Kelly looks more like a soccer dad than a fighter. Like Kenny Florian before him and featherweight Doo Ho Choi, Kelly looks more like a dude that should be prepping powerpoints for an upcoming sales presentation than a guy that beats people up for a living. But the man is a former Olympian in judo, and a scrappy fighter with a ton of heart. That can take you pretty far in this sport.