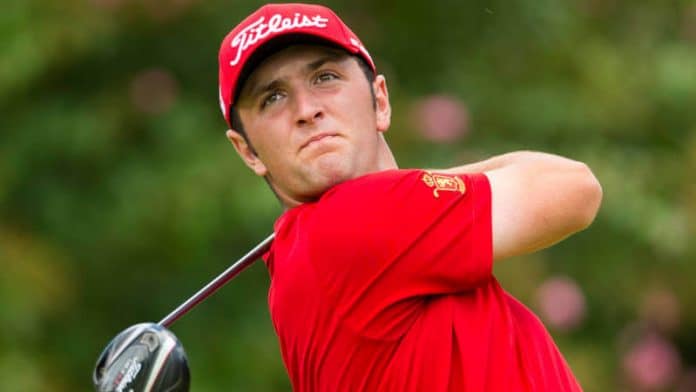 It doesn’t matter what type of course, the strength of the field, or how demanding his schedule is, the young Spaniard continues to churn out top finishes. Even Phil Mickelson can’t contain his enthusiasm for Rahm’s bright future.

In this piece, we’re unleashing the first ever Big On Sports Golf Rankings. You will find them a bit different than the Official World Golf Rankings, which you’ll find in parentheses to the right of each player.

Henrik Stenson (5) – Stenson’s always in the mix, but many forget that he didn’t even qualify for the FedEx Cup playoffs last year. He needs to win more to justify his high ranking.

Patrick Reed (12) – Brass Balls! He needs to win more and use his Ryder Cup domination in a positive, but not cocky way. He hasn’t played up to par and could be fading away rather than soaring.

Tyrrell Hatton (14) – The Englishman is quietly climbing in the rankings. It won’t be long and he’ll be in everyone’s Top 10. He swings just like Lee Westwood, hits just as well, but unlike the veteran, Hatton has an unbelievably impressive short game.

Thomas Pieters (34) – One of the longest hitters in the world, we saw how good he can be at the Ryder Cup where he went 4-1. He’s already earned exempt status on the PGA Tour with top finishes in Los Angeles, and more recently at the WGC Mexico Championship.

Ollie Schniederjans (128) – This former top-ranked amateur is slowly working his way on to the PGA Tour. He played solidly on the West Coast Swing and will continue to move up the rankings with improvements to his game.

Patrick Cantlay (234) – Here’s another former No. 1-ranked amateur who started the year playing on a medical exemption. He needed to make $608K in nine starts to keep his card and came through with a solo second at the Valspar Championship to rake in a cool $684K. He can play pretty much where he wants to for the rest of the year. Keep your eye on Cantlay.

Stewart Cink (207) – The veteran is on the verge of possibly winning again. His current form is solid and we’re looking to the former Open Championship winner  to improve and get in the hunt multiple times this year.

Danny Willett (No. 15) – “One Hit Wonder” Willett is still somehow ranked No. 15 in the world despite faltering since his epic win at Augusta. He has lost his game and will likely continue to plummet in rankings.

Zach Johnson (50) – The two-time major champion recently switched equipment and has been falling on scoreboards ever since. Johnson’s best days are in the rearview mirror.

Ian Poulter (199) – Poulter has his work cut out for him. Currently, he’s playing on a medical exemption and has yet to have a top 25 finish. Poulter’s exemptions will run out and the Ryder Cup hero will head back to Europe to play.

Steve Stricker (110) – Will the veteran play a full schedule or split time on the PGA Champions Tour? He’s Captain of the President’s Cup team, so the native Wisconsinite has a lot on his plate in 2017.

Ernie Els (404) – The Big Easy is getting up there in age but we were really surprised to see his ranking this low. He still has a great swing and knows how to play the game, which will likely propel him to a few more shining moments.

Tiger Woods (742) – The former No. 1 player in the world plummeted down the rankings and now is trying to make a comeback. His health is always a concern and so is his mental approach. Will Tiger ever play again?

Check back the week before The PLAYERS to get the second edition of the Big On Sports golf rankings.

In the meantime, be sure to check out Big on Sports’ PGA predictions and golf betting odds!