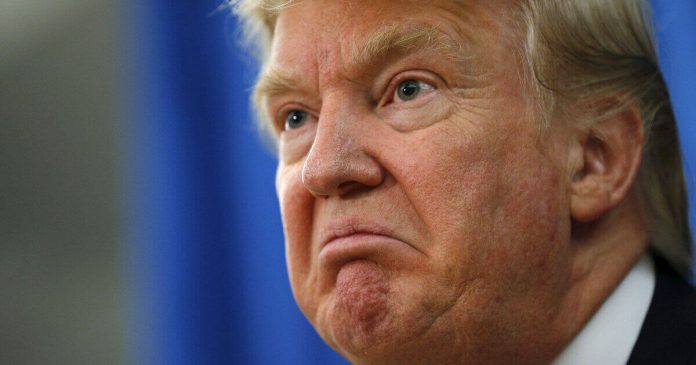 Although Donald Trump has closed the gap on Hillary Clinton a little bit in national polls, he is still trailing Clinton by a significant margin when it comes to state polling. Currently, according to FiveThirtyEight, Clinton would get to 351 electoral votes while The New York Times gives her 347 electoral votes at this juncture in the election predictions.

It seems now that the question might be changing from whether or not Clinton wins the 2016 election to how much she’ll win by. With this thought in mind, let’s take a look at some political betting props that would encapsulate a Clinton rout.

Will the U.S. Presidency Be a Democrat Landslide? (Electoral Votes)

By the estimate from The New York Times, Clinton can count on 268 electoral votes. That figure includes states she has no chance of losing like California and Illinois as well as states that are just very likely to vote for her like Michigan and Pennsylvania.

Simple math indicates that she only needs 100 more electoral votes to reach the landslide number set forward in the prop bet. How Clinton performs in the swing states will determine whether or not she reaches this mark.

Swing States a Game-Changer in the Election Odds

The states with the most electoral votes up for grabs that fit the category of actual swing states are Florida, Ohio, Georgia, North Carolina, and Arizona. Florida and its 29 electoral votes is the most important and Clinton should do well there.

The state’s large population of non-white voters will overcome the disadvantage she faces in the Panhandle and North Florida and she has spent more money there than any other state thus far.

Ohio is also likely to go Hillary’s way. The unions still have a noticeable pull there and although the state doesn’t have many minorities compared to the other swing states, the percentage of college-educated voters is quite large. Education and race have been two of the best predictors of potential support thus far and the former should tip Ohio towards Clinton.

How Are the Clinton Odds to Win in the South and Midwest?

Looking at the big picture, assuming Clinton wins all the states she’s expected to according to The New York Times and adding Florida and Ohio puts her at 315. New Mexico and Nevada are probably in her pocket as well and that brings her to 326.

From here, she needs 42 electoral votes from North Carolina, Iowa, Georgia, Arizona, South Carolina, and Missouri. North Carolina is close, but more likely to fall in with the Democrats. The rest, though, are states that Trump holds an advantage in, and she’ll need to win at least two of those states to get to 368. That’s pretty unlikely and even though Trump is a strong favorite to lose, he won’t lose by that much.

Will the GOP Maintain a Senate Majority?

Even though the Republicans currently have a comfortable majority in the Senate, with 54 seats, they are in danger of losing that majority this election. The Republicans have a lot more territory to lose than the Democrats with 24 Republican seats up for grabs compared to just 10 Democratic seats. The candidates who were most at risk and looking to ride the momentum of a likeable candidate have been wounded by the extremely unpopular Donald Trump.

Trump has hurt the Republicans running in Senate races in two ways. First, his policies and attitude have put many Republicans competing in swing states in awkward positions. These Senators have to ride a fine line of supporting Trump, while not endorsing some of his more controversial proposals.

Also, Trump has harmed their chances by not doing his part when it comes to fundraising. Presidential candidates usually help out their hopeful Congressional colleagues by campaigning and fundraising in their states and presenting a unified front. Trump’s cavalier campaign has upset that usual balance and put many at risk simply because their opponents are able to outspend them.

Of the 10 most competitive seats, only one, Nevada, currently has a Democrat in office. The other nine all have Republicans and if the Democrats can win half these seats they will control the Senate provided Hillary Clinton becomes the next president.

Will they? That’s a tougher task than the odds indicate. Republicans are pretty likely to win three of these seats, Missouri, Ohio, and Florida, while Democrats are solid favorites in just Illinois and New Hampshire. Those numbers put the Democrats at a disadvantage and make a bet on the Republicans to maintain their Senate majority at +160 a solid bet in our 2016 predictions.

What do all those election prediction numbers mean? Read Election Predictions: Clinton Solid Bet to Become Next POTUS to learn more.