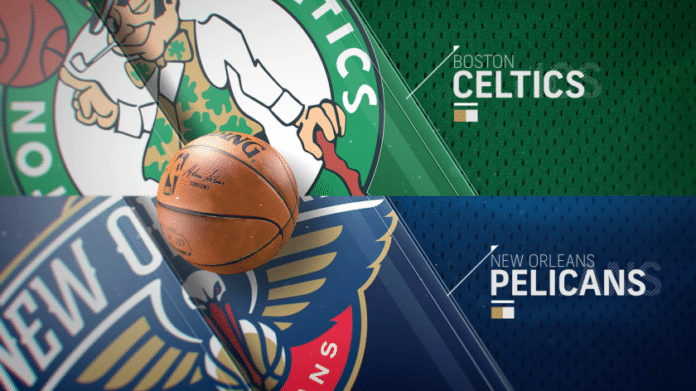 If you believe the Boston Celtics can win the NBA title, now is the time to make a wager on a futures bet. Losers in five of their last seven games, the Celtics saw their odds to win the Larry O’Brien Trophy tumble as they hit the .500 mark. We keep waiting for and expecting them to snap out of their funk and it just hasn’t happened. Maybe it never will. After finishing off their back-to-back set with the Hawks, Boston opens a three-game road trip Sunday in the Big Easy against the New Orleans Pelicans.

The Boston Celtics versus New Orleans Pelicans game takes place on Sunday, February 21, 2021, from Smoothie King Center in New Orleans and will air live on ABC at 3:30 p.m. ET.

It’s been nearly a month since the Celtics won consecutive games going 4-8 SU and 5-7 ATS in 12 games since beating Chicago and Cleveland. A loss to Atlanta on Wednesday was their fifth in seven games with three of those setbacks taking place on the road where the Celtics went 0-3 ATS. Overall the Celtics are 7-9 SU and 6-10 ATS on the road. The Pels have been just as inconsistent. They followed a season-high four-game winning streak by losing the next three and four of five while going 1-4 ATS. The latest setback was a 126-124 thriller to Portland when Damian Lillard went off. Offense hasn’t been an issue, especially lately. They scored at least 112 points in nine straight games while hitting the 130-mark three times in that span and cashing the OVER in seven straight games and eight of nine.

If the Celtics can’t figure themselves out how are we supposed to? The up and down season has them at .500 through 28 games and they are still in the thick of the race in the Eastern Conference. But they better find some answers fast. I’m sure Gordon Hayward didn’t mean that much to the team. There is too much talent on the roster for the Celtics to be floundering. But they need to have everyone on the floor, which is something that hasn’t happened regularly. The Cs were impacted by COVID earlier with games postponed and players put in the health and safety protocol.

They are currently without top defender Marcus Smart, who is out with an injury. Kemba Walker recently returned after offseason surgery and has yet to find a groove. And he still gets games off to rest his creeky knees. That leaves the bulk of the load on Jaylen Brown and Jayson Tatum. Granted those two guys are damn talented with each averaging over 25 points per game, but that’s about it. With Walker and Smart out or limited the next leading scorer is Daniel Theis at 9.5 points per game. As a result the Cs are in the back half of the league in scoring and their defense hasn’t been able to cover.

You don’t always see teams that are four games under .500 have a plus scoring margin. That tells us the Pelicans can score and they’ve probably lost a few close games along the way. Guess what, the Pels can score and they’ve had their share of tough losses. We could call them growing pains, but their only that if the team actually grows from the tight contests. There is reason to believe that the Pels will emerge stronger. They have a young roster with talent, but if they only play offense they’ll continue to spin their wheels.

At least they are fun to watch. Over their last five games the Pels are averaging over 125 points, yet they are just 1-4 SU and ATS. That’s because they’ve surrendered nearly 127 points per game over the same time. Those numbers are great if you like betting on the total, which is probably the way to go since the Pels can’t be trusted to win or cover the spread. They’ve gone over the total in seven straight games and the OVER is 11-2 in 13 New Orleans home games.

Facing the Pelicans could be just what the Celtics need to get their offense on track. A lot of teams have come out feeling much better about their game after facing New Orleans. Brown and Tatum should fill it up again, but who’s going to stop Zion Williamson? Big Z scored 36 against Portland, his second straight 30-point game and third in four outings. This has the makings of a shootout and the Pels haven’t fared well, so I’m backing the visitors despite their recent woes.