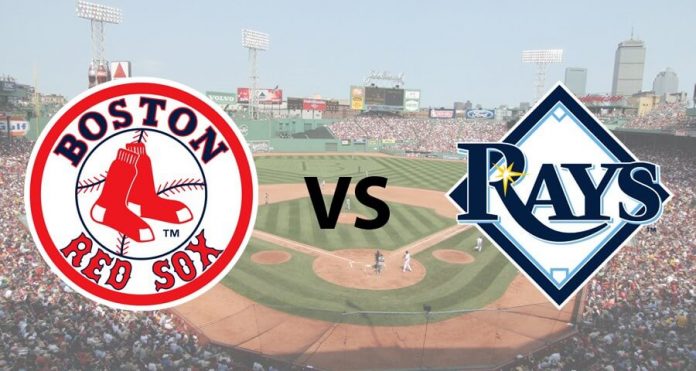 The Boston Red Sox magical season continues. Taking the final two games to split a four-game set with Cleveland, the Sox reached the 90-win mark before any other team even got to 80. The Sox have had the best record in baseball nearly all season and it doesn’t appear as though they are going to slow down before the postseason gets underway. If they continue at their current pace the Sox will obliterate the franchise record for wins while challenging the MLB single season mark.

Not quite at the level of their AL East rival, but the Tampa Bay Rays enter the weekend series on a heater. Taking the series finale in Boston last weekend to avoid a sweep, the Rays returned home and took care of business against the lowly Kansas City Royals to extend their winning streak to five straight. They send 15-game winner Blake Snell to the Tropicana Field bump on Sunday to face Nathan Eovaldi, who will be facing his former team for the first time since he was dealt in late July.

Combine MLB’s best offense with a top-5 pitching staff and you have the best team in baseball. That’s what the Sox have done this season and they are running away with the AL East. The Sox are on pace to challenge for the MLB record of 116 wins and they responded to a rare three-game losing streak by outscoring the AL Central-leading Indians 17-4 in the last two games to salvage a split of the four-game series.

These teams met just last weekend with the Sox taking two of three to clinch the season series. Boston has won 11 of the first 16 meetings with Tampa and they won’t play again after Sunday’s tilt. The Sox are hoping to get Eovaldi ironed out after a brutal last outing. He was brilliant in his first two starts after being acquired from Tampa throwing 15 innings of shutout ball, but he gave up four earned on 10 hits in a loss to Cleveland on Tuesday.

It’s too bad Tampa Bay is in the toughest division in baseball. Stuck behind the Sox and Yankees, the Rays are 22.5 games off the pace, but they have made a push for the second wild card, creeping within nine games of the A’s entering the weekend. It’s a longshot but quite an accomplishment for a team that wasn’t expected to sniff the playoffs once the season began.

And they’re doing it thanks to a recent push that put them a season-high six games over .500. The Rays completed their first ever season sweep of an AL opponent, walking off the Royals on Thursday to go 7-0 against them. They’ve won seven of nine entering the series with the only losses coming last weekend in Boston.

Coming off a poor performance in a loss to Cleveland, Nathan Eovaldi ( 5-5, 3.81 ERA ) looks to find a groove against his former team. Eovaldi was brilliant in his first two Sox starts, but he hasn’t been as sharp over his last three turns, giving up 27 hits and nine earned runs across 13 innings for a 6.23 ERA. Overall he carries respectable 3.81 ERA and 1.11 WHIP into Sunday’s matchup.

A stay on the DL for arm fatigue has done wonders for Blake Snell ( 15-5, 2.07 ERA ), who had another strong outing his last time out. Snell allowed just four hits and one run with 11 punchouts over 6.0 innings to beat the Royals for his third straight win. In four starts since coming off the DL, he’s 3-0 with 0.90 ERA. Snell has blanked the Sox in two of his three starts against them this season and is 2-0 with 0.95 over 19 innings. He also owns a nifty 7-1 mark and 1.02 ERA in 10 starts at the Trop.

Good pitching stops good hitting, as the old baseball adage states, and that’s been the case when Snell faces the potent Sox lineup. He’s allowed just 11 hits and two earned runs in his three starts against them, and he has yet to allow a run in two starts at the Trop. Whatever Snell is doing, other teams better take notes.

The fact is that Snell is one of the best pitchers in MLB. He ranks second in ERA, third in wins and fourth with a 1.01 WHIP. Keeping Boston off the bases is key to slowing down their attack and Snell has accomplished that. And he’s money at home with a 7-1 record. In addition he’s rested after a stint on the DL, which will make him tough to beat.

Red Sox vs Rays Pick: Rays and the Under