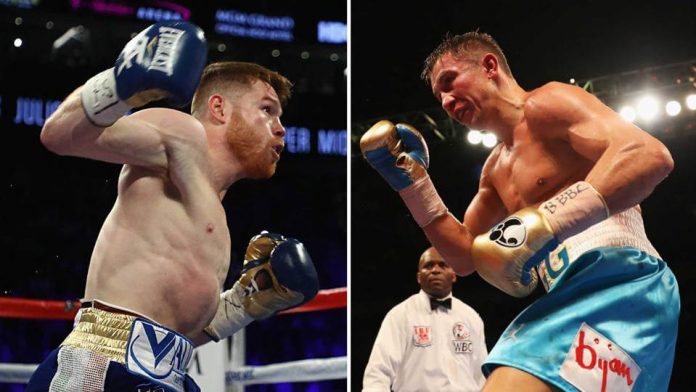 The biggest boxing matchup since Mayweather-Pacquiao is set. Moments after Canelo Alvarez (49-1-1, 34 KOs) cruised past Julio Cesar Chavez this past weekend, it was announced that the sport’s biggest star would face Gennady Golovkin (37-0, 33 KOs), it’s most feared fighter.

Golovkin’s unified middleweight title will be on the line, as Canelo will move up from super welterweight to challenge the undefeated Kazakh fighter.

This was the single biggest bout the sport could make, with all due respect to McGregor-Mayweather – which is more a spectacle than anything. Sportsbooks released money lines just hours later, anticipating big action leading up to the fight date on September 16.

Let’s take a look at the boxing odds at BookMaker.eu.

When this fight was expected to take place in fall 2016, online sportsbooks opened with Golovkin as a -350 to Canelo’s +265. Just one year later, the money lines are a lot closer, with “GGG” as only a slight favorite.

So what’s changed? For starters, the middleweight champ hasn’t looked nearly as dominant recently. He looked vulnerable against Kell Brook, and in his last bout, he could only manage a unanimous decision against Daniel Jacobs. The decision marked the first time in 24 straight fights that Golovkin didn’t stop his opponent.

During the same time, Canelo has obliterated Amir Khan, Liam Smith and most recently Chavez. Though it seems like he’s been around forever, the Mexican superstar is still only 26 years old and seems to be hitting his peak. His lone loss came against Mayweather in a matchup he was still likely too green for.

Because of Canelo’s popularity, it wouldn’t be surprising to see Golovkin close as an underdog. Right now, if the lines stay put, it would mark just the second time in his career as the betting underdog.

Tale of the Tape

This is the biggest question. These men have been separated by weight their entire careers, with Canelo coming up as a welter and super welterweight while Golovkin made his mark as a middleweight. Against Chavez, Canelo fought at a catchweight of 164.5 pounds, which is 9.5 pounds heavier than his normal weight class.

The extra weight seemed to have no effect, as he easily outpointed an outmatched fighter. It should be noted that he never actually seemed to hurt Chavez though, which could spell trouble for him. Still, the rest of their physical traits are nearly identical.

Hold. If “GGG” somehow ends up as an underdog, that’s a bet you should jump on. While he will concede an advantage in speed, he’ll have 36 minutes to lay heavy fire on Canelo – and he can ice guys like no other.

Check into the boxing odds at BookMaker.eu, which are updated daily. We’ll make sure to keep you up to speed with all the latest betting new regarding this superfight.